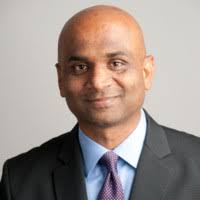 He is an energy finance professional with end-to-end transaction experience on sell-side and buy-side.

He graduated from Columbia University’s business school with an MBA. He also received a degree from the Indian Institute of Technology.

In this 2,611 word interview, exclusively in the Wall Street Transcript, the Senior Analyst at Moody’s Investors Service Mr. Kona sees significant changes in the oil and gas sector and details the implications for investors.

“Then, there are companies that are in the middle.

I mean, the midstream companies, which transport molecules from one place to another either through pipelines, trucks, other means. Those companies usually do not take the commodity price risk for the most part.

So those companies are considered relatively stable in terms of cash flow because they’re not at the mercy of the commodity price.

However, the commodity price has an indirect effect on them, like in 2020 when companies curtailed their production, they didn’t want to produce into a $10 oil price or $20 oil price. The volumes went down.

And depending on which company it is, and what the nature of the transport is — is it a long-haul transport or is it more like gathering — they may not have contracts that what we typically call “take or pay.” That is, whether the volumes flow or not, they get paid a fee — a certain threshold amount of fee.

If you don’t have those kinds of arrangements, the fact that the volumes went down caused some credit stress for the companies that operate on a fee basis; they would get paid a fee if the volumes were flowing through the pipes.

The fact that the volumes are not flowing through the pipes, they did not get paid a fee. So they had some effect on their cash flow, which again it slowly did come back through third quarter and fourth quarter as producers started feeling more confident about producing from their existing wells and started to flow volumes as they used to before.

But generally, there were growth projections that are baked into certain companies’ profiles. That growth is now hard to come by as the production growth is going to remain muted.”

Moody’s Investors Service declares that this has some real economic effects:

“Whatever little activity there is, both domestically in North America and internationally, that’s going to help some of the larger-sized oilfield services companies.

And also, in North America, in addition to the drilling rigs becoming active, we’re going to start seeing some of the wells that were drilled but not completed — the ones we call DUCs, drilled uncompleted wells — there’s going to be some activity completing those wells, which means the frac fleets will witness higher utilization.

So they will generate some cash flow that were otherwise idle during 2020.

And again, even that benefit for the most part will be derived by the larger companies who have stayed on, who have had the staying power and are able to bid for the jobs at a discount and manage to keep their fleet engaged.

The ones what we call single B or B-rated or below-B-rated companies, they are either geographically concentrated to one basin or just one service of either providing drilling rigs or frac fleets or completion services, they’re going to have a hard time.

It’s just going to be harder and harder for them to generate sufficient cash flow to keep their credit profile stronger and the balance sheet strong.

And on the E&P side of business, the upstream business, you can exit the market, because the market starts consolidating. The bigger companies acquire the smaller companies. So there’s what we call mergers and acquisitions or M&A activity that helps in the E&P space a little bit.

In the services space, there is no appetite for M&A. You know, there’s clearly too much equipment floating around chasing too little cash flow.

None of the bigger companies are incentivized to go even on the cheap to acquire a smaller company and add to their already existing excess equipment. Because there is no M&A activity; there is no M&A appetite in the market for oilfield services.

Capital markets are not being cooperative to the smaller oilfield services companies. Their options are limited: file for bankruptcy.”

The consolidation phase is coming according to the Moody’s Investors Service Senior Analyst:

“We subscribe to the view that the oil demand is going to peak at some point.

In the mid, maybe 2030 to 2040, more like 2035, timeframe. As far as COVID, we feel like it has had some effect to accelerate the peak oil scenario, which means oil demand is going to grow until then and then it’s going to either flatten out or decline after that…

Offshore drillers could come together.

There are all these companies like Transocean (NYSE:RIG), Diamond Offshore (OTCMKTS:DOFSQ), Valaris (OTCMKTS:VALPQ) and Noble (OTCMKTS:NEBLQ), they’ve all engaged in some sort of balance sheet restructuring. And they’re suffering from low utilization.

There is a need for offshore to continue to contribute to the global production of oil. Which means some amount of offshore drilling equipment is necessary.

Now, is there room for all of these companies to exist? Maybe not. Some consolidation is possible that can actually reduce the number of rigs that are floating around. So there is less equipment competing with each other.

There is a possibility it can happen over there in a sphere like offshore drillers. But you can’t expect the same thing with land drillers, because there are just too many land drillers floating around that anyone wanting to consolidate them is not going to gain much.”

Get the complete details on these and many other oil and gas sector issues from the Senior Analyst at Moody’s Investors Service Sreedhar Reddy Kona by reading the entire 2,611 word interview, exclusively in the Wall Street Transcript.

Interview with the President and CEO: USA Equities Corp. (OTCMKTS:USAQ)

Interview with the CEO and Managing Director: Mesoblast Limited (NASDAQ:MESO)

Interview with the President and CEO: Inhibikase Therapeutics, Inc. (NASDAQ:IKT)