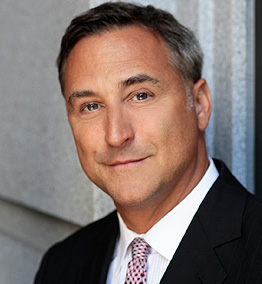 Michael J. Cuggino has served as the President and Portfolio Manager of Permanent Portfolio Family of Funds since his investment advisory firm, Pacific Heights Asset Management, LLC, began managing the fund’s four portfolios on May 1, 2003.

Mr. Cuggino previously served in various accounting, auditing and taxation capacities at Ernst & Young LLP and one of its predecessor firms, Arthur Young & Company, from 1985 through 1991. Mr. Cuggino is a Certified Public Accountant — inactive — and received his undergraduate degrees in accountancy and management from Bentley University.

In this extensive and exclusive 5,066 word interview with the Wall Street Transcript, Michael Cuggino details the development of his Permanent Portfolio:

“Most investors think investing and think stocks and bonds really. While that is not wrong, it’s a little bit limited in the sense of overall wealth. We take a more comprehensive view of wealth that takes into consideration assets beyond stocks and bonds.

Our strategy encompasses real estate investments, commodities, precious metals, obviously stocks and bonds as well as cash or cash equivalents. We view all of these as components as part of a broad comprehensive definition of wealth.

Our objective is to grow wealth as we see it over a long period of time at a rate that exceeds inflation.”

An example is the biotech portion of the portfolio:

“…If you look at our other biotech holdings as of September 30, we held Celgene (NASDAQ:CELG), Amgen (NASDAQ:AMGN), Gilead Sciences (NASDAQ:GILD) and Atara (NASDAQ:ATRA). The other three are bigger companies. They are not quite a large-cap pharma.

With those resources and that breadth of exposure all over the biotech universe, there are companies that have successfully developed, tested, marketed and are selling at least one if not a couple of different therapies that have caught on with the marketplace and have made them very profitable companies. A couple of them are paying dividends and generally reporting pretty good stories.

Atara was a name that doesn’t quite fit that. It’s probably in the late stages of a research house and potentially becoming a company that’s going to be able to sell something in the next couple of years.”

Get the complete detail on this and many more of Mr. Cuggino’s portfolio recommendations in the entire 5,066 word interview in the Wall Street Transcript.

Open Architecture Platform from Systelligence Creates the Optimal Portfolio for Each Investor
July 31, 2018