ESG Investing: Nike Inc (NYSE:NKE) Reduces Manufacturing Waste by 50% Thanks to Technologies Such as Flyknit

Managing Director Derek Deutsch of ClearBridge Investments says Nike Inc (NYSE:NKE) meets his ESG investment criteria in that it is on the forefront of promoting humane working conditions in factories and also has reduced its waste by 50%.

The manufacturing footprint of a company like Nike 10 to 20 years ago is very different than the footprint that they have today. Yes, they were criticized in the past for some of their labor standards and manufacturing conditions, primarily in emerging economies, but they have addressed these issues in a very comprehensive way, and now, they are considered to be on the forefront of promoting humane working conditions in factories around the world. They have joined the Sustainable Apparel Coalition and are the only company that we are aware of to disclose the location of every factory throughout its network.

In addition to that, they are doing lots of other great things from an ESG perspective as well. They are really cutting down on the waste that is generated in manufacturing their products. They have a new technology called Flyknit that uses far less material than a traditional sneaker. Nike, through other technologies that they’ve implemented including laser technology, has further reduced waste by another 50%.

The dyes that they use were once an environmental hazard, and some of the dyes that have been used to dye both sneakers and clothing consume tremendous amounts of water. But they have developed very safe dye technology and now use no water in the process at all. A lot of the materials they use are recyclable. They have local manufacturing throughout the globe, so you don’t have to ship products as far, which greatly reduces the carbon output. They have really done a number of innovative things to make their manufacturing process really the gold standard in retailing from our perspective. 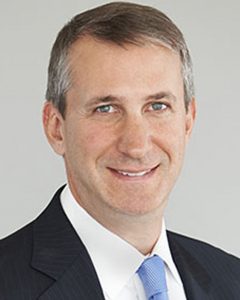 Gilead (GILD) is a Biotech Bottom Buy According to Hartaj Singh of Oppenheimer & CompanyHitachi, Sony, Mitsubishi, Tokio Marine, and Keyence: a Japanese Stock PortfolioWalmart (WMT) is an Undervalued Real Estate Play and So Is the New York Times (NYT)

Interview with the Co-Founder, President and CEO: Equillium Inc. (NASDAQ:EQ)