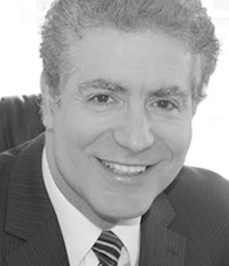 In this 3,031 word interview, exclusively in the Wall Street Transcript, Mr. Fauer takes investors through the top picks in his publicly traded portfolio and reveals some interesting details that demonstrate their upside:

“Right now, in terms of sectors, we have a bit of what I’ll call “surviving retail” — those companies that will do well going forward that have survived this COVID downturn. We have Dick’s Sporting Goods (NYSE:DKS). We have Walmart (NYSE:WMT). We have CVS (NYSE:CVS).

We also like the telcos. We think 5G is going to be a big thing, not necessarily in terms of handsets in the next year or two, but long term.

We’re very much long-term investors for our clients. We’re not trying to catch the latest hot trend. We’re not trying to figure out who’s going to pick up 5 percentage points of market share in the chip business in the next three months. We don’t try to do that, as we think that’s too hard. You can’t beat the market on knowledge, but we think we can over time beat it with perspective.”

Stephen Fauer also sees other overlooked large cap names that will benefit from a 2nd wave of COVID austerity:

“We also have a couple of the food companies because people still have to eat. We own Mondelez (NASDAQ:MDLZ); they’ve got snacks and candies and a few other things there. We’ve got Kellogg (NYSE:K).

I think people eating at home, that’s going to be a long-term trend. Eating at home, you’re more likely to eat cereal. We’ve owned Unilever (NYSE:UL) for quite some time.

We used to own United Technologies. With its break up, we own all three pieces — Raytheon (NYSE:RTX), Otis (NYSE:OTIS) and Carrier (NYSE:CARR) — but we actually think Carrier over the long term is the best of the three sectors. We really like that stock.

I think one of the things that’s coming out of COVID is that, first of all, air filtering systems are going to be important.

I don’t think it’ll stop once there’s some kind of treatment or vaccine. Also, there’s going to be a movement — and it’s already been well-documented — out of the major cities, more into the suburbs. That means different kinds of building. I think that will benefit them over the long run. So that’s another one of our holdings that we very much like.”

Get more of these stock picks and additional details by reading the entire Stephen Fauer 3,031 word interview, exclusively in the Wall Street Transcript.

Hans Mosesmann Knows Semiconductor Stocks and He's Banging the Table for These
July 05, 2018