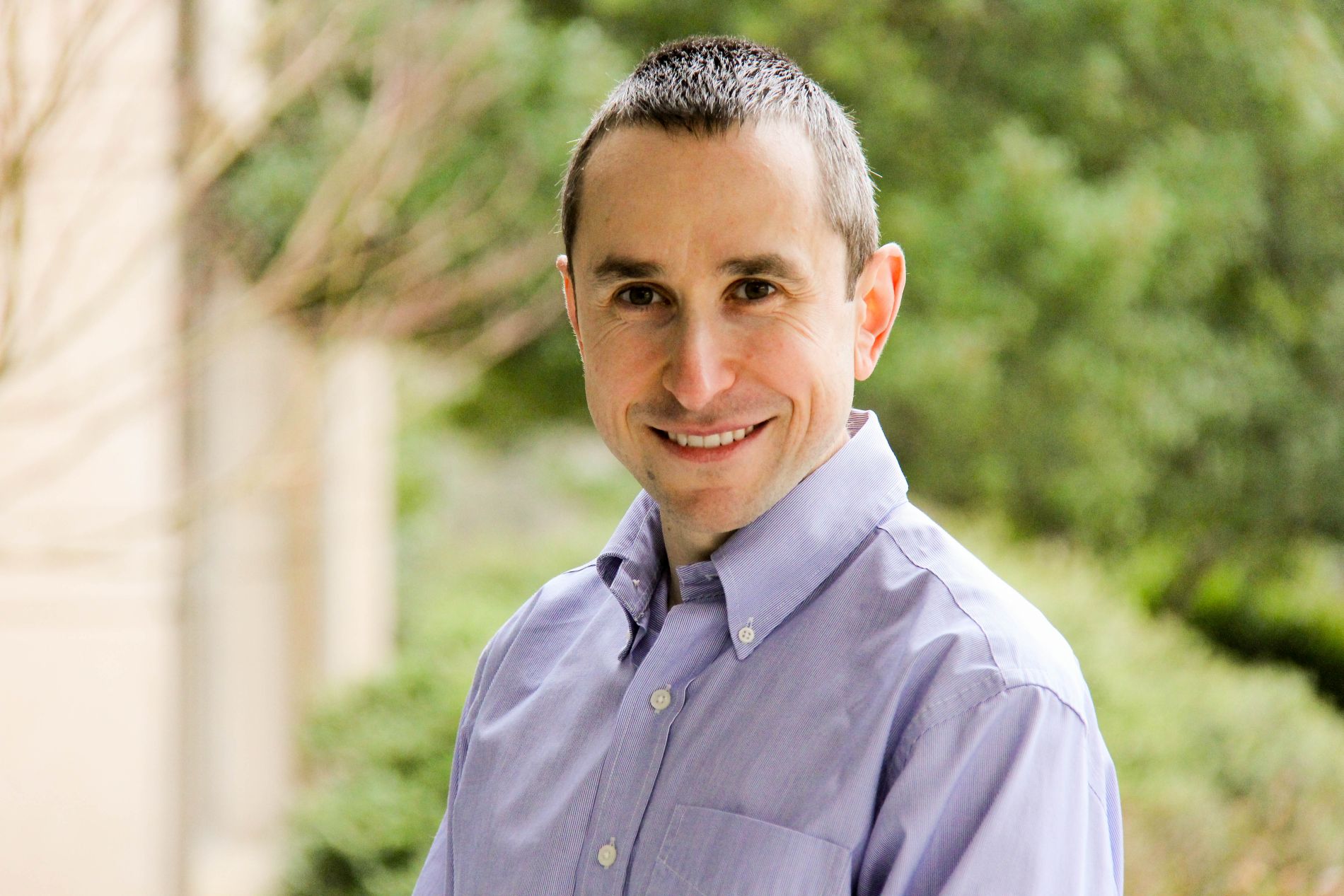 He joined the firm in 2003 and has been part of the Raymond James energy research team ever since. He became an analyst in 2006, the year he initiated coverage on the renewable energy/clean technology sector.

In this role, he covers all aspects of sustainability-themed technologies, including solar, wind, biofuels, electric vehicles, hydrogen, power storage, grid modernization, water technology, and more. Within the Raymond James energy research team, he also writes about the broader topics of geopolitical and regulatory issues, climate change, and ESG investing.

In this 2,012 word interview, exclusively in the Wall Street Transcript, Mr. Molchanov points out the implications of the COVID 19 global pandemic and government regulation on publicly traded alternative energy stocks.

“So for example, biofuels, which are used in the transportation market, and usually blended into gasoline and diesel, have been affected much like demand for gasoline, diesel and jet fuel has been impacted. Fewer vehicles on the road means less demand for biofuels. That impact has been substantial, particularly in the first half of the year.

By comparison, impact on solar and wind has been slim to none. For one thing, electric power consumption has been much more stable compared to transportation fuels.

Simply put, even if people are working from home, or doing in-home learning instead of going to school, they need electricity. So anything relating to electric power has been much more resilient amid the pandemic, and that includes solar and wind.

Electric vehicle sales have an interesting bifurcation to them when we look at 2020. The first half of the year, when, for example, many dealerships were closed because of lockdowns, all automotive sales fell off a cliff.

The implications of climate change are also an investment theme for the Raymond James Senior VP Pavel Molchanov:

“…One of the corollaries of that is rethinking the electric grid.

The structure of the electric grid, in many ways, resembles what it was 100 years ago, which is a centralized behemoth. Well, when people are working from home and using more electricity at home, they want the most reliable electricity supply possible, not just in the office building or in the factory, but at home.

So that speaks to more widespread adoption of rooftop solar, smart meters, and batteries that can support a more distributed electric grid. And it also speaks to more deployment of software by utility companies for collecting and managing all of the data that comes from these distributed endpoints.

Making the grid less centralized and more distributed also creates greater resilience. This has a linkage to the pandemic, but also to the overarching megatrend of climate adaptation.

When we think about climate change, there are two essential concepts: mitigation and adaptation. Mitigation involves keeping climate change from becoming even worse than it already is, through more use of renewable power, more electric vehicles and so on.

But there is another facet too, which is adaptation. The reality is that, even with mitigation, the impact of climate change on human society and the economy will not go away, probably ever, certainly not anytime soon.

So that means we have to adapt and learn to live with the reality of higher temperatures, more extreme weather. A more resilient power grid is one of the means of adaptation to the reality of climate change.

Whether it’s wildfires in California, Australia and Brazil, or hurricanes in Puerto Rico and Texas, a more digitized and more distributed grid will provide greater protection against extreme weather patterns that are among the consequences of climate change.”

The Europan Union regulatory environmental laws are also seen to have a profound effect on stock picking, according to the Raymond James analyst:

The Climate Law is, in my view, the most important environmental policy decision of 2020, and arguably ever. For the first time, a major economy, the third largest economy in the world, has committed to carbon neutrality by 2050. And this is not simply rhetoric or PR — this is legally binding for every country within the EU.

To reach carbon neutrality, which is also known as net zero emissions, every facet of the European economy will have to be transformed over the next three decades. Power plants and transportation are the obvious things that will need to change.

But it’s not only that, because half of emissions are outside of power plants and transport. Buildings will have to become much more energy efficient; agriculture and the water industry will need to reduce their carbon footprint; and the industrial sector — everything from chemical plants to food processing — will need to aim towards carbon neutrality.

This is a historic and exciting moment for decarbonization globally.”

The Raymond James recommendations for specific stock investments flow from these and other detailed analysis:

“The first one is Enviva Partners (NYSE:EVA). Enviva is the purest way for investors to play the theme of the European Climate Law. Enviva happens to be the only U.S.-based energy company of any kind, renewable or otherwise, where practically 100% of revenue comes from the European market.

Enviva is the world’s largest supplier of utility-grade wood pellets. It sells those pellets under contract to utilities in the U.K., Belgium and Denmark. There are opportunities in Japan as well, but as it stands, nearly 100% of the revenue comes from Europe.

So when we think about how can investors get leverage to the European Climate Law, Enviva is the most direct way of achieving that.

Second idea is Itron (NASDAQ:ITRI). Itron is one of the four major multinational companies that provide smart meters and other grid modernization solutions for electricity, water and natural gas.

Most of Itron’s revenue is hardware, but about 10% is software and managed services, which is recurring revenue. Smart meters are an interesting technology because they enable climate mitigation and also adaptation. Smart meters are useful for mitigation because they support a rising share of renewable power in the electricity mix, and they support adaptation because they make the grid more digitized and intelligent, which increases resilience vis-a-vis extreme weather.

In the U.S., for example, 90% of plastics either goes into landfills or is combusted, so only 10% is recycled. Plastic waste has a serious effect on pollution of the world’s oceans and other waterways. Eliminating single-use plastics is difficult, but one of the solutions is having homes and businesses use reusable bottles instead of single-use plastic bottles, and Primo is one of the few top-tier distributors of reusable water bottles.

The fourth idea — and this one is also related to water, but from a very different perspective — is Energy Recovery (NASDAQ:ERII).

Energy Recovery is the only publicly traded company which is 100% tied to desalination. Desalination is an essential facet of climate adaptation. As we experience global warming, one of its consequences is more droughts. Water is becoming more scarce — we see that in places like Cape Town, South Africa, and Chennai, India.

If water from conventional sources, meaning rainfall and aquifers, is no longer enough, where will it come from? One of the key sources of new supply is desalination.

Energy Recovery provides a very specific solution for desalination. This company has practically a monopoly in supplying a device called a pressure exchanger. This is a small component of desalination plants, but a very important component, because it reduces the amount of energy needed to desalinate water by up to 60%.

This makes desalinated water more affordable and reduces the environmental impact of a desalination facility.

And I will just conclude with this: If there is ever a time when safe, reliable water supply can make the difference between life and death, it’s in the middle of the pandemic, when from the very first day we have been told that washing hands with soap for 20 seconds is the best thing we can do to protect ourselves.

For communities where water is scarce — and this is particularly true in emerging markets like South Africa and India — desalination is crucial. By making water for these communities more affordable, Energy Recovery is not only serving an environmental cause, but a very important societal benefit as well.”

Get all the details on these picks and more by reading the entire 2,012 word interview with Pavel Molchanov of Raymond James, exclusively in the Wall Street Transcript.