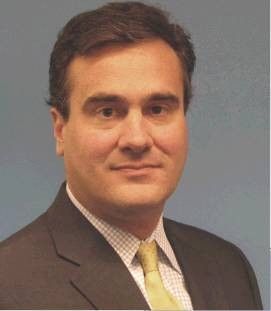 Mr. Havens has 20 years of energy experience, which began at Morgan Stanley in 1999 on the Global Energy Research Team in Houston. In 2005, Mr. Havens transitioned to the Morgan Stanley Principal Strategies Group where he managed an all-asset class energy portfolio.

He holds a Bachelor of Science from the Vanderbilt University School of Engineering.

In this 4,378 word interview, Mr. Havens details the sector’s prospects for 2021 and opportunities for investors.

“I am actually the only U.S. analyst to cover Saudi Aramco.

And then we cover 10 midstream infrastructure players, inclusive of Cheniere (NYSEAMERICAN:LNG), as well as the pipeline guys, the gas processing and fractionation, things of that nature.

My background, I’ve been doing this now for close to 24 years, and I’ve focused exclusively on oilfield services for most of my career, and then I brought on the E&P and the midstream space, so it’s really an across-the-board level of coverage now.”

“I’m actually quite positive on the sector, more from the perspective of company-specific attributes. Historically, I have actually been one of the larger pessimists on the Street.

I actually, for a period of almost two years, had “sell” ratings on every single stock that I covered, and that was back in 2015 and 2016. My pivot, if you will, is largely based on the fact that you’ve got balance sheets and cash flow outlooks for both the E&Ps and the midstream companies that are going to be substantially better than when oil prices were at $100.

You really have companies that have made aggressive changes: They’ve aligned themselves with the capital discipline that the investment community has called for, and it’s enabled them to have balance sheets that are much more capable of coping with long, drawn-out, deflated oil prices.

But now that oil prices are starting to improve, these models are going to enable them to harvest substantial cash, and they’re going to keep capex budgets lower, so we’re going to see a pivot in positive free cash flow which, frankly, we haven’t seen in this industry in over 30 years.

Obviously, the upstream component of the industry has been notorious for consuming cash.

They’ve never really consistently generated free cash as a group. Obviously, there are a couple of players that have been able to consistently generate free cash, EOG (NYSE:EOG) being one of them. But now that you’ve got a much broader universe of E&Ps that are keeping production flat, which enables them to keep capex budgets low and generate a lot of free cash in the next few years.

So that’s why I say, when you ask about outlook for the industry, I don’t have a tremendously bullish outlook for commodity prices, but I think the companies are simply much better set up to generate free cash in a more moderate oil price environment.”

And the script has been, we’re going to keep production relatively flat with the annualized fourth-quarter numbers. We’re going to keep capex generally flattish with the exit rate of 2020. And these were messages that were delivered also in the third-quarter conference calls.

So they’re really sticking to the script, which I think is generally what investors want to hear. They want to see a cash flow generation.

Again, we really hadn’t seen that within the industry in the last 30 years. So it hasn’t been much of a surprise, I think it’s been more of a check the box, we need this to happen.

But this is important, because I think it’s giving confidence, particularly to the long-only community, that you have a very different management style for this next cycle. It’s not all about growth, it’s not all about the ability to produce at a lower oil price versus the next guy.

This is an acute focus on free cash flow generation. So it hasn’t been a surprise as much as it has been just a check the box. This is good; they’re heading in the right direction.”

“On the E&P side, it’s going to be Diamondback (NASDAQ:FANG) and Pioneer (NYSE:PXD).

Pioneer is already generating free cash. Pioneer is one of the first to come out and institute a variable dividend structure. So this harvesting of cash flow will be immediately returned to investors. That’s a model that I suspect you’re going see more and more E&Ps down the road begin to adopt — maybe not exactly the same model but a similar type model — to extract dividend returns to investors from the harvesting of cash.

And then Diamondback, a similar type situation. They’re going to be a major pivot in free cash flow in 2021. These are both companies that are very strong in the Permian Basin.

So I think those two are big standouts. Neither one of them has really much exposure to the federal lands issue, so that’s not going to be top of mind with investors for these two companies.

I think the LNG sector is probably the single most attractive area of oil and gas globally. You really have a global demand for natural gas phenomenon; you’re able to take cheap gas from the U.S. and move it to the highest-demand regions of the world, which obviously are China and India, but also Southeast Asia.

In aggregate Southeast Asia, China and India represent over 80% of the LNG incremental demand over the next 10 years.

We expect LNG demand to grow at 4.5% a year for the next 10 years. That’s more than double the other growth trajectories, whether you look at just straight dry gas or crude oil demand. So Cheniere is the top pick.”

Get all of David Haven’s top picks in the energy sector and the detailed analysis behind them by reading the entire 4,378 word interview, exclusively in the Wall Street Transcript.