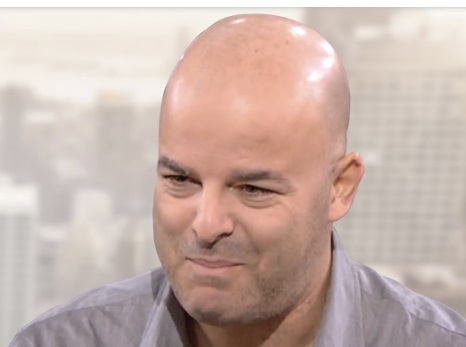 Ronnie Moas is the Founder and Director of Research at Standpoint Research.

He started Standpoint Research in 2004. He began his career on Wall Street as an analyst and market strategist at Herzog Heine Geduld.

In 2019, Mr. Moas pounded the table for Bitcoin and was 1,000+% correct for investors who followed his advice.

It has jumped by more than 50% since then. On a fork-adjusted basis, the return was higher.

On top of that, I expect catalysts will kick in, in the next six to 12 months, to cause a spike in demand. So when you combine those two factors — a spike in demand with the supply hitting the market — that will probably create a parabolic move that will knock out the high point that we saw a year ago of $20,000.”

“I think people should learn from the lessons we learned in the Nasdaq 20 years ago when we had the dot-com bubble.

Had you looked at the rankings of all those hundreds of names by market cap, and you bought those top 10 or top 20 names and held on to them for the last 10, 20 years, you did really well. That is the same approach that I think people should be applying when they decide on how to build a cryptocurrency portfolio of 10 or 20 names.

There are hundreds of scams and names that are overvalued or worthless, and there is no regulation. You are playing with fire when you try to be a hero and look for things that nobody has discovered yet.

I think you should play it safe.

“I expect that if we speak another three years to five years from now, we will be having the same conversation. I expect Bitcoin to cross $100,000 next year, and $250,000 in the next three to five years.

Everything has been going quite smoothly. Obviously, there will be some bumps in the road along the way.

It has been an extraordinary investment for whoever got in. If you’ve been in Bitcoin five years, you are up 100X right now. Obviously, it didn’t go up in a straight line, but the volatility comes with the price of admission.

Everything has been going well. It looks like we have crossed an inflection point. As you remember, it took 10 to 15 years before paper checks were accepted.

Same thing with credit cards. Bitcoin is in year 13. So we are at the beginning of this game right now.

I really don’t see anything standing in its way. I believe that it will be the best performing investment over the next five to 10 years by far.”

The historical antecedents are not lost on Ronnie Moas.  The Standpoint Research guru had this to say about disintermediating the banking system in early 2019:

“It already is causing that, that ripple effect, pun intended, if you know what Ripple — $XRP — is.

It is already creating a ripple effect, and it is changing the world that we live in. It is just a quicker, more efficient and transparent way of going about doing things.

I remember I used to work for John Herzog at Herzog Heine Geduld 20 years ago.

That was the second-largest market maker on the Nasdaq before they were taken over by Merrill Lynch in 2001. Mr. Herzog was the Founder of the Museum of American Finance in New York. If you go there, you can see the chalkboard where people used to manually write down every trade that took place in the stock market 100 years ago.

You remember those pictures of the chalkboards where people would write down what the bid and ask was and how many shares were traded?

In the current interview, Ronnie Moas does not mince words about his predictions for the future growth of Bitcoin value:

“…In the meantime, I think, buying Bitcoin on Coinbase (NASDAQ:COIN) is probably your best bet. It is a major exchange. It is probably a safe place to put your Bitcoin outside of storing it on your own.

This is a company that has tens of millions of accountholders already. That would be the best way to go.

Alternatively, you can buy something like GBTC (OTCMKTS:GBTC) through your broker. Right now, GBTC may actually be a bit more attractive than Bitcoin because it is trading at a discount to its net asset value.

People who bought GBTC a year ago, when it was trading at a premium to net asset value, got burned. Right now, GBTC is a good way to get exposure.

You can go into Bitcoin via Coinbase, or one of the other highly regarded exchanges. If you want something more volatile, there are publicly traded names like Marathon Digital (NASDAQ:MARA), Riot Blockchain (NASDAQ:RIOT) and MicroStrategy (NASDAQ:MSTR)…

What makes this a little bit different than the altcoins is that the founder is, I believe, 30 years old. He’s a billionaire.

His name is Sam Bankman-Fried.

It is a cryptocurrency exchange and they actually paid $200 million recently to have their name on the Miami Heat NBA basketball arena, walking distance from where I live. It was formerly known as the American Airlines Arena. It is now the FTX Arena.

So that is the FTX exchange and the ticker symbol on the altcoin is FTT. It ran up more than 150% since my recommendation, but it pulled back recently and that might be creating a good entry point for people that want to get in.”

Read both interviews with Ronnie Moas, Founder of Standpoint Research, to get all the information you need to begin investing in Bitcoin and other cryptocurrencies.