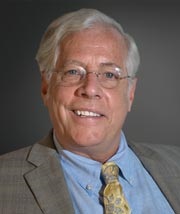 C.H. Robinson Worldwide (NASDAQ:CHRW) and Expeditors International (NASDAQ:EXPD) are only two of the stock picks from these top level money managers that are seeking to buy when others are selling, the traditional way to Warren Buffet level wealth.

Fla Lewis III is Principal of Weybosset Research & Management, LLC. At the start of his career, he went to work at Kidder, Peabody & Co. in 1980.

Mr. Lewis graduated from Brown University with honors. He was awarded the Samuel T. Arnold Fellowship, Brown’s highest honor for a graduating senior.

After study in Vienna and London, Mr. Lewis received a Master of Arts degree from Harvard.

“It’s in times like these that people are running as hard as they can away from stocks, all stocks.

But it’s a good time to look around, see what’s available out there as babies are being thrown out with the bathwater.

In our case, we’ve bought three new stocks since the first of the year. And remember, we don’t do many transactions.

We bought nothing in 2020, for instance, and that was just because the whole thing happened so fast.

We didn’t understand what was happening, so we didn’t act.

But this time around two companies that I’ve been following for nearly 30 years caught our attention.

I had met up with them in the 1990s and the early 2000s and love the businesses, love the management, loved everything about them, except they were selling at very, very high prices. I just couldn’t get myself to pay those prices.

These are two freight forwarding companies.

Their businesses overlap to a degree, but they’re both pretty much in different aspects of the same business. I followed them for a long time, admired them intensely, and just woke up one day earlier this year and discovered they were selling at the cheapest prices relative to earnings, book value, etc., that they had ever sold — I mean ever.

They came public in the 1980s or ’90s. And were selling at by far the lowest prices since coming public.

Nothing had changed except the prices.

The business was the same. And they were selling at prices that were low enough that even I would gladly pay.

And just to show that we’re not afraid of anything, we put some money into a big furniture retailer, RH (NYSE:RH). RH used to be Restoration Hardware.

“Our two freight forwarders, Expeditors [Expeditors International (NASDAQ:EXPD)] and C.H. Robinson [C.H. Robinson Worldwide (NASDAQ:CHRW)]: Imagine that you own a manufacturing business where I live, Massachusetts.

You source your materials abroad, maybe in Asia.

A lot of your customers are in Europe.

You’ve got to bring stuff from China.

You’ve got to get it from where it’s manufactured to a port across the ocean, through customs, across the North American continent to where you have your facilities and turn out whatever it is that you’re that you’re turning out.

And then you’ve got to get it from Massachusetts across the Atlantic into Europe or wherever it’s going.

Well, you know, it’s going to be some combination of sea and land and air.

They’ll just arrange for the best combination of trucks, airplanes, trains, intermodal transportation, whatever, to get whatever it is you’re moving from where you need to move it to you and then to other places.

They just make the arrangements. They don’t move it for you.

It’s complicated. We read about problems in the global supply chain.

Well, these guys are the right ones to help you with it. And they’ve got a lot of experience and a lot of contacts.

They know how to handle these things. You can have your own staff and hope that they are good, or just bring these guys in — and I’ll bet they will save you some money while they’re at it.

So I followed these companies for a long time.

The story has remained largely the same for the past 30 years or so.

So all of a sudden, the price is right, so what are you going to do? We stepped up and bought shares of those companies. They’ve held up pretty well since we bought them.” 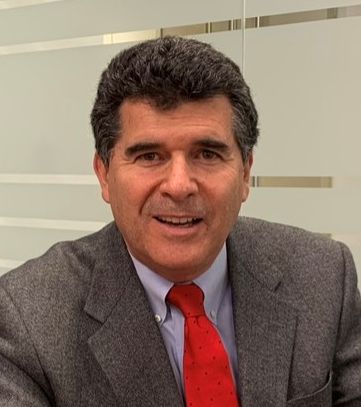 He served as the firm’s Senior Vice President and Chief Investment Officer and was Head of the Investment Policy Committee.

Mr. Katz chairs the Investment Policy Committee and is a Portfolio Manager/Analyst.

He appears frequently as a guest on CNBC and Bloomberg Radio.

He also received an MBA from New York University Graduate School of Business.

In addition to the Fla Lewis recommendation of buying Expeditors [Expeditors International (NASDAQ:EXPD)] and Robinson [C.H. Robinson Worldwide (NASDAQ:CHRW)] at current market prices, David Katz has some value picks of his own for investors looking to deploy cash:

“Moving on to the dividend side, a little bit less exciting, but also very good long-term businesses. Air Products & Chemicals (NYSE:APD) has just been beaten up this year from the $300 level.

Now down to the $230 level. It pays a very good dividend. It’s a green play and a very attractive industry leader; we really like management.”

“…You’ve just had a 20% market pullback in the first half of the year.

And the headline is: worst start to the year in 52 years.

We think the best advice that we can give investors is, if you have a sound long-term plan, you don’t want to change your investment strategy in reaction to the market selloff.

You don’t want to be selling stocks at this point in the cycle if possible.

We think, if anything, you’d want to be a buyer of stocks rather than a seller. You want to stick to your plan.

Generally, if you’re using the stock market to develop your long-term wealth, you’re going to confront many bear markets over your lifetime.

And the best advice is you have to stay with stocks during the good and the bad times.

And generally, the market recoveries are very swift.

They occur when they’re least expected.

Your biggest returns occur in the very early stages of a bull market recovery.

And also, you get some significant bounces during a bear market.

So don’t time the market, instead focus on good businesses and good industries.

And one thing that we’re also doing for clients, which we think individuals want to consider, is harvesting tax losses at this point in the cycle, because we don’t think they’re going to be as deep by the end of the year.

So you can lower your tax bill, sell a stock or double up on a stock and then sell it after 31 days.

So tax strategies make enormous sense at this point in the year.”