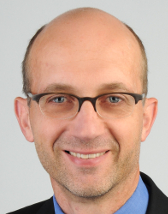 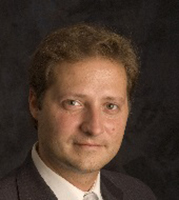 Prior to joining Auris Medical, Mr. Levett served as Head of Group Controlling at Acino Pharma AG and previously served as Vice President of Finance and Administration Europe at InterMune International AG. In addition, he spent 10 years at Novartis, most recently as Chief Financial Officer of Novartis Chile SA.

In this 2,933 word interview, the two executives detail the current status of their biopharmaceutical company and describe the next steps for investors.  Dr. Meyer is still very bullish about his tinnitus treatment:

“Dr. Meyer: In tinnitus, the unmet medical need is really very, very strong because some people suffer a lot — well, we keep receiving from all over the world inquiries about the drug. At the same time, tinnitus is challenging because it’s not directly measurable, and in Phase III, we faced challenges with the way the tinnitus was measured. ”

Mr. Levett is satisfied with the company’s current capitalization:

“Mr. Levett: The company closed Q3 with 5.3 million Swiss francs in cash and cash equivalents. Since then, we have been active and raising capital. Following the offering we did in July 2018, we had warrants that were also exercised and brought additional cash during Q4 to us.

In addition, we had new investors taking a position in the company. We also are equipped with two additional programs. One is an equity line with Lincoln Park Capital. Another one is an ATM — at-the-market — facility with Alliance Global Partners. So with that, we are in good shape.”

Read the entire 2,933 word interview in the Wall Street Transcript and get clarity about the near term prospects for Auris Medical from these two senior executives.

NASH Treatments are Just One of the Top Developments for Investors from this RayJay Biotech Analyst
March 18, 2019

Lentivector Platform Leader is Ready to Break Out and Profit from Coming Wave of Treatments
September 17, 2018