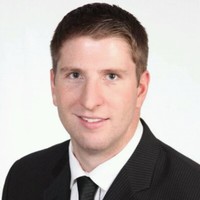 Steven Seedhouse, Ph.D., is Vice President, Equity Research, Biotechnology at Raymond James Financial, Inc. Dr. Seedhouse has been a biotech equity research analyst or an associate at various firms since 2015.

He joined Raymond James in March 2018. Prior to his career in equity research, Dr. Seedhouse completed a Ph.D. in pharmacology from Roswell Park Cancer Institute in Buffalo, New York, and holds an M.S. in medicinal chemistry from SUNY Buffalo.

In this 3,701 word interview exclusively for the Wall Street Transcript, Dr, Seedhouse looks through the current leaders in the biotech sector and picks his favorites:

“The timing of this interview for NASH is particularly good because the first-ever Phase III studies in non-cirrhotic patients are coming in the next few months. The first one will be Intercept (NASDAQ:ICPT) and the REGENERATE study reading out in the first quarter, and then Gilead has a trial called STELLAR-3 reading out in the second quarter.

Gilead also has a trial in F4 cirrhotic NASH patients reading out in the first quarter as well. There are other additional Phase II data sets and potentially another Phase III data set from Genfit (OTCMKTS:GNFTF) later in the year as well. This is a data-rich year.

It is going to be exciting, if those trials work, to see what happens from a regulatory standpoint and also from an M&A standpoint in the NASH base. Speaking with investors, I think, it is widely expected that the outcome of the Intercept study will be positive.

People are tending to be more skeptical of Gilead’s Phase III studies, but there is a high likelihood of Intercept’s work. I do think there is a chance that Gilead works, but it’s a little bit more of a coin flip. We will see.

NASH is a market that’s going to be here to stay.”

To get all the other top picks from Dr. Seedhouse, read the entire 3,701 word interview exclusively in the Wall Street Transcript.

Lentivector Platform Leader is Ready to Break Out and Profit from Coming Wave of Treatments
September 17, 2018