He has served on the GMDA board since September 2016.

Prior to his CEO appointment, Dr. Adams served as President and Chief Scientific Officer at Clal Biotechnology Industries (CBI), where he oversaw the Boston office, evaluating investment opportunities and supporting portfolio companies, including Gamida Cell (GMDA).

Before joining CBI, he served as the President of Research and Development at Infinity Pharmaceuticals, Inc., where he built and led the company’s R&D efforts.

Dr. Adams also served as Senior Vice President of Drug Discovery and Development at Millennium Pharmaceuticals, Inc., where he played a key role in the discovery of Velcade® (bortezomib), a therapy widely used for treatment of the blood cancer, multiple myeloma.

Earlier in his career, he was credited with discovering Viramune® (nevirapine) for HIV at Boehringer Ingelheim.

He has also held senior leadership roles in research and development at LeukoSite, Inc. and ProScript.

Dr. Adams has won several awards for his drug development efforts throughout his career, holds more than 40 patents from the United States Patent and Trademark Office and has authored more than 100 papers and book chapters in peer-reviewed journals.

“The bottom line is the clinical data, our interactions with the hematology/oncology community, and the steady reporting of data further supporting our hypothesis.

We have also engaged in a lot of sophisticated laboratory work to explain how this works at a molecular level.

The story really has come together in the last year with gaining a lot of attention from physicians, both who are on our trials or who are not necessarily on our trials.

Our medical affairs group continues to connect to the transplant community and we have presented over a dozen abstracts in the last year at major medical meetings, all which have been very well received.

As an example, for the bone marrow transplant, for the Phase III program, we have conducted additional studies on the pharmacoeconomics of the product.

There is the potential for better patient outcomes.

Also a feature that is very important in the field of bone marrow transplantation is the ability to match patients at a genetic level to omidubicel, and what omidubicel can achieve and what we showed in our clinical trial is that patients of racial and ethnic diversity have a very hard time finding a match in the registry.

We have been able to have about 95% matching in our clinical trial.

If a patient cannot find an appropriate donor, they will unfortunately succumb to their cancer.

Omidubicel has a less stringent matching criteria for patients.

In our lymphoma study, we’ve had patients that are out three and a half years and are disease-free.

And the safety profile, as I’ve mentioned, compares much more favorably to the CAR T therapies in lymphoma, where patients have to be hospitalized, carefully monitored, and there are higher relapse rates.

Also, we have positioned the company for success over the near-, mid- and long-term.

Upon approval of omidubicel, our hematopoietic stem cell therapy candidate, we are in a position to become a commercial biotech company in the first half of next year.

Our mid-term strategy revolves around the success of our GDA-201 NK cell therapy candidate program.

If our company-sponsored clinical trials are successful, we could potentially file a BLA in the next two to three years.

Longer term, or five years out, we are advancing a pipeline of genetically modified NK cell therapy candidates, some of which have already reported promising preclinical data in blood and solid tumor cancers.” 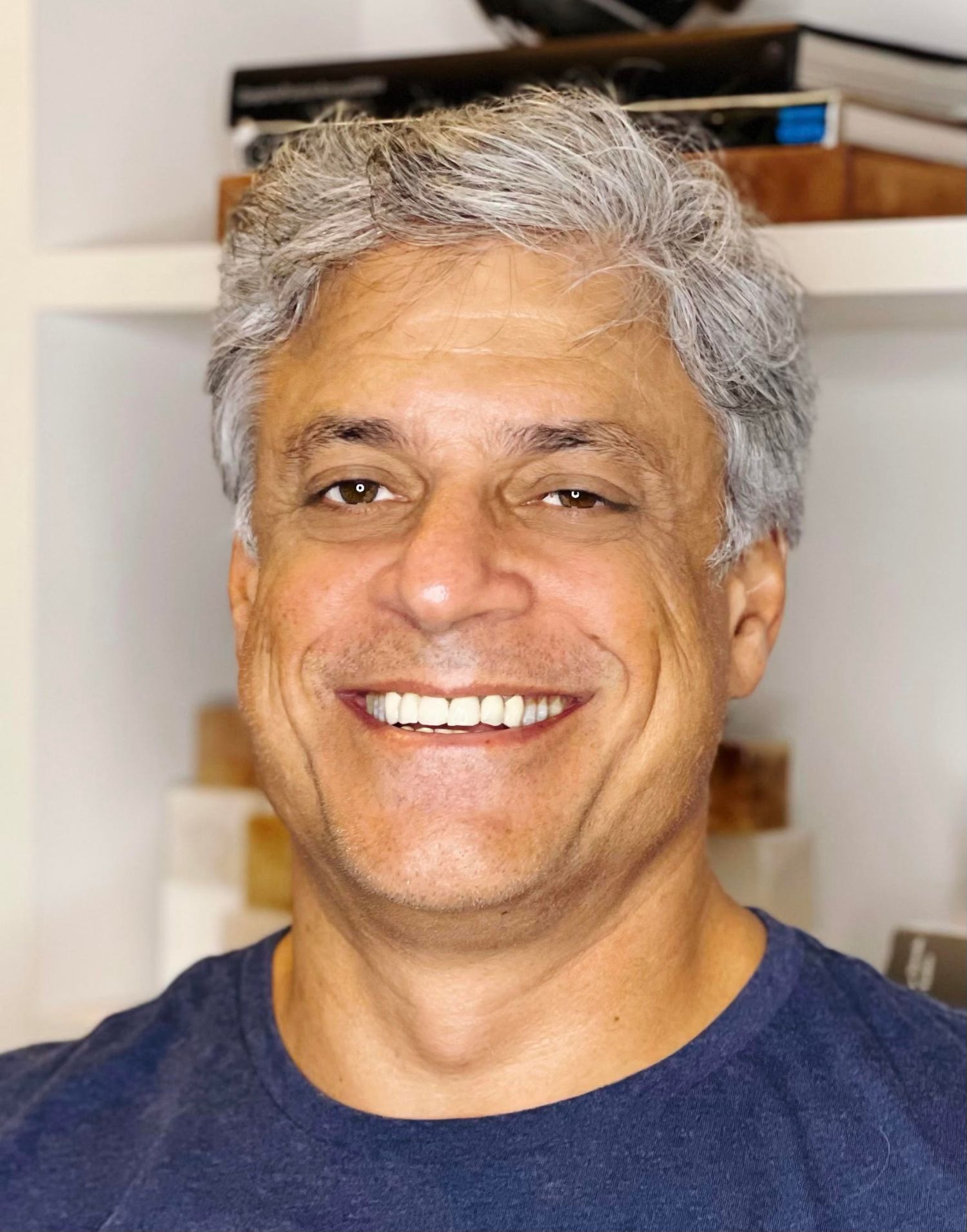 Milton Werner, Ph.D. is the President and Chief Executive Officer of Inhibikase Therapeutics (IKT), a company developing novel protein kinase inhibitor therapeutics to treat neurodegenerative disease and viral infection inside and outside of the brain.

From September 1996 until June 2007, Dr. Werner was a Head of the Laboratory of Molecular Biophysics at The Rockefeller University in New York City.

Throughout his scientific career, Dr. Werner has been an innovator integrating chemistry, physics, and biology into a comprehensive approach to solving problems in medicine, including an explanation of the origin of “maleness” in humans, the mechanistic basis of several forms of leukemia and lymphoma and, more recently, the development of therapeutics that can halt and potentially reverse functional loss in neurodegenerative disease.

Dr. Werner is the author or co-author of more than 70 research articles, reviews, and book chapters and has given lectures on his research work throughout the world.

He is the recipient of numerous private and public research grants totaling more than $30 million.

He is the recipient of several awards, including the Naito Memorial Foundation Prize, the Young Investigator Award from the Sidney Kimmel Cancer Foundation, the Research Chair from the Brain Tumor Society, and a $1 million Distinguished Young Scholars in Medical Research Award from the W. M. Keck Foundation.

“…We have two active trials ongoing and one recently completed.

Two of the trials were centered on a novel Abelson tyrosine kinase inhibitor that’s brain penetrant, IkT-148009 — 148009, as we often refer to it — evaluated in the 101 Trial, an acronym for that trial, a healthy volunteer and Parkinson’s patient trial that ran between February of last year and was formally closed in May of this year.

In the 101 trial we explored both dose escalation, side effect profile, pharmacokinetics and a variety of safety observations in healthy subjects between the ages of 45 and 70.

And there were no clinically significant adverse events.

Only two of the adverse events observed across all of those dosing groups had a possibly related adverse event to the drug in Parkinson’s patients, but nothing of clinical significance, no laboratory abnormalities to speak of.

And so, this drug, despite having very, very high exposures, has a really excellent safety profile so far.

We do not know, obviously, the full safety profile. We’ve only dosed as long as seven days.

That’s a three-month dosing trial of 148009 in early-stage Parkinson’s.

These are patients who have a proper diagnosis, have disease progression by a number of standard markers, but who do not take other medications for their disease, so we can begin to evaluate the potential for IkT-148009 to act as a disease modifying therapy in Parkinson’s.

The basis for those trials came from validated animal models that we’ve spoken about for the last couple of years, and the details of which will be appearing in an upcoming publication.

The publication date hasn’t been announced yet, so I can’t disclose more than that.

But in that publication, and many presentations we’ve made publicly, and on our website, we’ve shown that we can both halt disease progression in validated animal models of Parkinson’s disease and actually restore lost function.

And when we restore lost function, we simultaneously clear the pathology of the disease, which is, to my knowledge, the first time any of those accomplishments have ever been achieved in a living organism.

We now see alignment between the doses we’re giving human beings and the drug exposures that they get, and the efficacy in animals where we saw activity.

So we’re hopeful in three-month dosing, which is what the 201 Trial will focus on, that we’ll see early signs of disease impact.

We do not know what the rate of potential recovery in a human being is for Parkinson’s disease, if that’s even possible, because historically, every drug in Parkinson’s or Alzheimer’s, or ALS, or every other neurological disease of its type has no activity whatsoever.

So here is where Inhibikase’s sort of differentiated strategy, I think, has its greatest potential.

And that is why we focus on scientific discovery.

We focus on modeling disease accurately.

We demonstrate therapeutic efficacy in a manner that we think aligns with the human disease.

So that when we go into the clinic, we have potentially a better chance of success.

But obviously, we don’t know whether it will be successful or not just yet.”