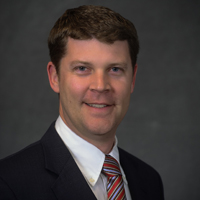 Mr. Velie received his B.S. in electrical engineering with honors from the State University of New York-Buffalo and an MBA in finance from Tulane University.

In this 2,560 word interview, exclusive to the Wall Street Transcript, Mr. Velie analyzes the oil & gas production sector and reveals the winning strategies for contrarian investors.

“I’m one of three covering analysts, and together, we cover a total of about 50 public E&Ps.

Our team has been together, the three of us, for seven years in the same group. And I like to think that we publish consistent research with consistent methods with our valuations that provides a good relative comparison for companies and have done so for a long period of time from the same group.”

The analyst looks over several “hot spot” stocks in the sector:

“For the past several years, the Permian has obviously been the hot spot where most all of the incremental activity has been seen. And companies with core Permian acreage that are executing well have largely outperformed those in other basins, I would say.

That has recently taken a little bit of a turn. There have been companies that perhaps downspaced too tightly and started to see some pretty adverse impacts from parent-child relationships for wells drilled too close together.”

“The first thing when I think about risk, leverage I keep mentioning. It’s key. It’s always a concern. Because prices have been so weak for so long, you can’t just look at a leverage ratio like net debt to EBITDA. It used to be if you were greater than three or four times, well, that was a red flag. Now anything over three times or near three times, it’s of concern.”

Get the full detail on all of Brian Velie’s picks by reading the entire 2,560 word interview, only available in the Wall Street Transcript.

5G Stock is One of Many Top Picks from this Veteran Portfolio Manager
December 16, 2019