John Cuthbertson Invests Based on Science and Network Value 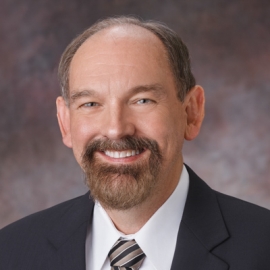 John Cuthbertson, Ph.D., CFA, is Director of Research at Denali Advisors. He has 23 years of industry experience. Most recently, he was the Portfolio Manager in the Derivatives group at Analytic Investors in Los Angeles, where he was responsible for the Global Tactical Asset Allocation strategy.

In 2004, Dr. Cuthbertson co-founded Ten Asset Management in Encinitas, California, where he had multiple roles, including Director of Research, Chief Compliance Officer and Portfolio Manager, as well as being extensively involved in client/prospect/consultant meetings and client communications.

He began his investment career in 1996 with Investment Research Company — later Freeman Associates Investment Management — where he was a Vice President and Senior Research Analyst and earned the Chartered Financial Analyst designation in 2000.

Dr. Cuthbertson received a Ph.D. in astrophysical sciences from Princeton University in 1991, a B.S. in computer science from Washington University in St. Louis, Missouri, and a B.A. in physics from William Jewell College, Missouri.

In his 3,235 word interview, exclusively in the Wall Street Transcript, Dr. Cuthbertson reveals some interesting investing advice for the current market.

“The factor momentum model that the firm launched with is still part of our investment philosophy and process.

That essentially is based on the idea that just as there is momentum in the relative returns of individual stocks, there’s also momentum in returns to being exposed to various factors. And that is an idea that has recently become more widely recognized, but we’ve been using it for quite a while.

But a larger part of our investment philosophy now is based on research that Bob and one of our other researchers, David Wroblewski, carried out in the years since then at Denali, and it’s based on an idea that we call “Network Value.”

The idea of Network Value really is that there’s a substantial part of the valuation of a stock or of the market as a whole that isn’t just strictly your discounted present value of expected future cash flows, but it actually is created by the activity of the network of market participants who are buying and selling, doing research, creating information and liquidity around a stock.

The activity in that market network is actually value-creating. And that value gets impounded in the prices of stocks. And in fact, the changes in that part of the value are a big driver of relative returns of stocks.”

This unique investment philosophy is grounded in a unique background:

“My education actually was in physics. I got a Ph.D. in plasma physics at Princeton University, and I came to San Diego to work in the fusion energy research program.

And after a few years of doing that, I ended up making a career change into the investment field. The investment industry, especially the quantitative part, looks for people that have the quantitative and analytical skills that you get in that sort of education, and it is a place where you can apply those skills and make a fruitful living, hopefully.

The marketers at Denali like to point out a bit of fun information about me: I was on the television show “Jeopardy!” I actually did quite well.

I won the allotted five times before they kicked me off, and I was a semifinalist in the Ultimate Tournament of Champions.”

Get the complete portfolio construction picture by reading the entire 3,235 word interview, exclusively in the Wall Street Transcript.

BDCs Back to Pre-COVID Levels in Terms of Competition, Spreads

On Balance, Higher Interest Rates Are a Positive for BDC Performance