Graft Versus Host Treatment Nearing Approval in the US: Is this Biotech Stock for You? 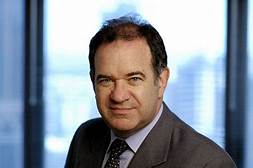 Prior to founding Mesoblast in 2004, he established an international reputation as a physician scientist in the fields of stem cell biology, autoimmune diseases, organ transplantation and heart failure. Dr. Itescu has been a faculty member of Columbia University in New York, and the University of Melbourne and Monash University in Australia.

In 2013, Dr. Itescu received the inaugural Key Innovator Award from the Vatican’s Pontifical Council for Culture for his leadership in translational science and clinical medicine in relation to adult stem cell therapy.

In this 4,007 word interview, exclusive to the Wall Street Transcript, Dr. Itescu describes the upside of his company for investors:

“We currently have three Phase III assets and, through a licensing partner, have the first approved product using industrially scalable mesenchymal lineage cells in the world. That product is in Japan through our licensee, JCR Pharmaceuticals.

A second product will be launched in Europe shortly by our technology licensee, Takeda Pharmaceuticals. We believe that we will have the first industrially manufactured mesenchymal lineage product launched and approved in the U.S. over the coming period.”

The product is nearing an approval in the United States:

“You can imagine seeking a cure for the underlying leukemia and then getting this devastating complication of graft versus host disease, which has a very high mortality in its most severe forms. It is a terrible complication.

There is nothing that is approved other than steroids in the first instance. Also, 50% of people will fail steroids. After steroids, nothing else is approved anywhere in the world other than our mesenchymal lineage product in Japan. So we’ve been very pleased that this product was approved.

It has received very good reimbursement. We believe that since the launch of the product, the adoption rates by clinicians approximates about 50% of our expected addressable market. So we are very pleased by the uptake and the way it has performed.

We are aware of no safety issues. It gives us great insight into how we would expect a similar drug to perform once it has launched in the United States. We will be filing with the FDA for the same product very shortly.

We have performed a very rigorous Phase III trial that demonstrated similar data to what we had generated in the earlier EAP program.”

Get the complete 4,007 word interview, exclusively in the Wall Street Transcript.

Biotech with a $2 Billion Market Cap has a $10 Billion Wet AMD Treatment in Development
April 10, 2019

Perinatal-Derived Exosomes are the Key to this Biotech's Treatment Therapies
September 25, 2020