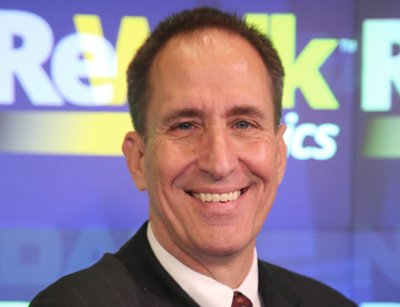 German government approval for his products has boosted Larry Jasinski who has served as Chief Executive Officer and as a member of the ReWalk Robotics Ltd. board since February 2012.

From 2005 until 2012, Mr. Jasinski served as the President and Chief Executive Officer of Soteira, Inc., a company engaged in development and commercialization of products used to treat individuals with vertebral compression fractures, which was acquired by Globus Medical in 2012.

From 2001 to 2005, Mr. Jasinski was President and Chief Executive Officer of Cortek, Inc., a company that developed next-generation treatments for degenerative disc disease, which was acquired by Alphatec in 2005.

From 1985 until 2001, Mr. Jasinski served in multiple sales, research and development, and general management roles at Boston Scientific Corporation. Mr. Jasinski holds a B.S. in marketing from Providence College and an MBA from the University of Bridgeport.

In this 2,582 word interview, exclusively in the Wall Street Transcript, Larry Jasinski explains how German government approval will get critically injured patients back on their feet:

“Our main product, which we’re well-known for, is called the ReWalk 6.0. We will create additional generations of that as a product made for personal use in everyday life, whether it be at work, in the community, in your home, or people that do special events.

In the other three product lines we have, the largest one is a soft exosuit, a very small, lightweight system that is driven by cables. We did this in a collaboration agreement with Harvard University and brought it to market just before COVID hit.

It is a device for treating those who have had a stroke, and it helps them relearn the proper gait pathways. It works in terms of being able to walk in a traditional gait pattern, to walk faster, to walk further, and to be healthier.

Those soft exosuits will eventually be a formula for us to provide these wearable robotics for multiple sclerosis, and we hope, for Parkinson’s. We still have to build their data for more applications.

For stroke, we’ve already brought it to market for use in the clinic.

Our next version of the product is a product you’d use at home.

You could use it for a period of therapy, and perhaps longer term for patients who need it for a long cycle of use.”

“There’s been extensive effort to develop a reimbursement pathway and positive results.

Our work to build the database — the supporting clinical data, economic data, and quality of life data has grown dramatically along with the user base.

When we first gained FDA clearance, we had a limited number of patients from safety-based studies.

The real-world data from selling and from additional research allowed us to achieve coverage in some major markets, such Germany.

The government issued coverage codes and have since established six full-coverage contracts. So if you’re a German citizen, injured at work through workers’ comp, or injured where you have one of the private payers that have signed contracts, you now can get one of these systems, take it home and live your daily life with it.

For the last year, COVID has slowed training and studies and as we regain access in the future, we’ll become more active.

In the United States, we will use the database that drove VA and German coverage and we have additional data that’s developing.

We applied in late 2019 for a coverage code to be created by the U.S. Centers for Medicare Services — CMS — and code K1007 was issued last summer after the public hearings and it took effect last October.

And we’re now moving towards establishing pricing, the product category and contracts in the United States.

Beyond that, we’re pursuing case by case, which tends to discriminate towards those with the ability to appeal or be most vocal rather than reaching those that can most benefit.

That’s a slow and harder process.

And that’s why these contracts, and the long-term success of them, are so important.”

“Our second half of this year is looking at how much COVID allows us back into the market, which we expect, at the current rate of vaccination that our employees and our customers and our clinics are having, is going to be pretty good.

We’ve done a few things. In the early part of this year and late last year, we did a lot of work to solidify our balance sheet. We’ve done some additional capital raises. We’ve reduced our burn.

We’ve eliminated all of our long-term debt. So we believe we have enough of a runway now to take us to breakeven operations.

We have important milestones that will affect us, including a German Federal Court decision, which may even broaden coverage in Germany if it’s positive. That will occur probably sometime this year.

We need to show year-over-year growth basically, so the market can realize that this insurance is working.

Well, there’s an advantage and a disadvantage to being the first one in an industry, and ReWalk was the first and only company to bring a product to market originally for personal use.

It didn’t have any competitors at that point. We’ve had one other enter the U.S. market, but we are several generations ahead. However, we do see more and more activity.

In the stroke market, we see some fairly good efforts, and one particularly good design with one of our competitors, Ekso Bionics.

I think more competitors actually would help this industry develop. So we would encourage that.

So I believe we’re going to get to lead it. I hope others join, because that will help push the industry forward in a positive way.

The thing we did most of last year was to build pipeline. We made contact with a lot of veterans who completely qualified for the product, and we got them ready. Despite COVID, we kept our team in place, so we could build a pipeline.

We’ve done that in Germany, we’ve done it in the U.S. with the VA and with workers’ comp patients in particular. So we’re reasonably set up, as COVID opens, to help many of these patients.”

Read the entire interview, including all the details on reimbursement approval by the German government, in this 2,582 word interview, exclusively in the Wall Street Transcript.