Cannabis Stock Picks Include the “Starbucks of Cannabis” 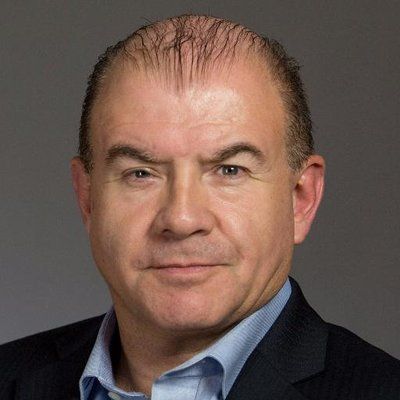 Pablo Zuanic is a Managing Director in Cantor Fitzgerald’s equity research department. He covers consumer and cannabis stocks (a universe of 30 companies).

His product has been consistently deemed thought-provoking and insightful. He started his career as a management consultant, which brings a strategic mindset to his approach to equity research. He has an MBA from Harvard Business School.

“…In terms of the context, back in 2018, Canada legalized recreational cannabis, so there was a lot of expectation from that legalization.

The large companies in Canada — the large, licensed producers — were able to raise large amounts of capital. Their stocks were bid up on the expectation that the Canadian market would grow, and that these companies would also benefit from overseas opportunities.

So you saw stocks like Tilray (NASDAQ:TLRY) at one point trade at about $300 because people were thinking about a global market of $200 billion and opportunities for these Canadian stocks.

What happened after that was reality set in. Then, pretty much the whole Canadian cannabis space traded down through March 2020, in part because of two reasons: The Canadian market developed very slowly because there were a number of restrictions.

They’re understandable to some extent, because it’s the first G7 country that legalized cannabis at the recreational level. And then also because overseas markets, especially Europe, developed very slowly; these markets were quite restrictive in terms of their access to medical cannabis.

So that was the situation.

As a result, there was a dearth of capital. Companies were not able to meet expectations and were saddled with larger cost infrastructures and excess capacity. They had to write off assets. They had to lay off people, share prices collapsed and there was no access to capital. So that was the situation until early 2020.

Since then, cannabis stocks began to trade up.

People began to differentiate between the Canadian and the U.S. companies.

And in general, there was this expectation that the election could somehow favor the cannabis industry. And that’s what we saw in November with Joe Biden elected president and then the Democrats taking control of the Senate in in early January, after the Georgia runoff.

So since then, there’s been a lot of positive sentiment coming back to the group — both to the U.S. companies and to the Canadian companies.”

“…One high-conviction stock that we like is called Trulieve (OTCMKTS:TCNNF).

They are the largest operator in Florida. First of all, it’s an MSO, because they operate in other states. But for practical purposes it’s an SSO — single-state operator — because close to 95% of their sales come from Florida.

But because Florida does not have caps on licenses for stores or cultivation, once you have a license to operate in the state, they can have as many stores and as much cultivation as they want.

At the moment, Trulieve has 50% market share of Florida. There’s no other MSO that has 50% share with a state.

So Trulieve is unique in the sense that they have 50% share of Florida’s medical market, and the market continues to grow. Only 2% of people there are in the medical program, and in states like Arizona it’s 4%, Pennsylvania is 3%; Oklahoma is as high as 7%.

So the state of Florida still has a lot of room to grow medical sales. So Trulieve has a strong market share position. Also, Florida voters may get a chance to vote for recreational cannabis in the November election, so there is a scenario where Florida could become a recreational state as early as 2023.

You had 130 million visitors a year ago to Florida, and with Trulieve being the Starbucks of cannabis in Florida.

So Trulieve is a stock that trades at a big discount to the rest of group about 9 times EBITDA 22, the average is 15. So it’s a stock that we have a lot of conviction on that would be a top pick.

Another stock that we like in the U.S. is Curaleaf, which is the largest player in the U.S.

They operate in about 25 states right now. And they normally have a number-one or number-two position in most of the states they operate in — and with strong profit margin and cash flow.

We think that scale matters in this industry. Scale can mean complexity, but in their case, they are able to have good profit margins, they are only valued about 16 times EBITDA, so one point over the average. They operate in 25 states and they have depth in the states they operate.

The reason we like this, and think scale matters, is that when Georgia or Texas or other large states approve medical cannabis, we expect that companies with a good track record in other states will have a good chance of getting licenses in those markets.

So Curaleaf would also be a stock that we recommend. Those are two top names.

And the third one I would choose is in Canada — we like Aphria. It’s obviously a global industry. Israel, Mexico could legalize recreational cannabis, Morocco in the next 12 months. Other markets may relax their medical rules — Germany.”

“Someday perhaps consumer companies that I do not cover — like Diageo  (NYSE:DEO) and Anheuser Busch (NYSE:BUD) — or large Canadian companies like Canopy Growth can come in and start buying U.S. cannabis assets.

Right now, they are not allowed to do so as cannabis remains federally illegal.

So the U.S. MSOs that are there now have a bit of a window to consolidate the U.S. industry. Also, there are some private companies that decided not to sell, not to be consolidated in the U.S., but they decided to list, or to do an IPO, or at least list through a SPAC transaction.

So yes, we expect consolidation both in the U.S. and Canada.”

Get the complete detail on these cannabis stock predictions and sector analysis by reading the entire 4,237 word interview with Pablo Zuanic, exclusively in the Wall Street Transcript.