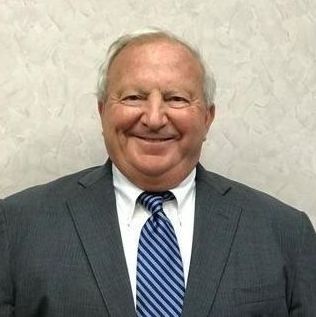 Harris L. “Shrub” Kempner Jr. has been Kempner Capital Management’s President since the firm’s inception in 1982. He is also a Portfolio Manager.

He was President of U.S. National Bancshares and Chief Investment Officer for Frost Bank of Galveston (formerly United States National Bank) from 1969 to 1982.

In this 2,995 word interview, exclusively in the Wall Street Transcript, this 60 year veteran of portfolio management details his investing philosophy and his top picks for 2021 and beyond.

“First place, we’re deep value managers. We have a tendency to be always in the value area, and in areas which have been washed out because they’re unpopular by others — so in our terms, deep value.

And secondly, our criteria for success is different than many others.

We are trying to make sure our clients have more money in real terms when they come with us than they did before. And that means our bogey is the compound rate of inflation over time. We’re very long term, expecting to hold individual stocks for three to five years.

And so, if our clients have done better than that, we have met our objectives.

This is easier in a period of time with low inflation. It’s a lot harder in periods of time where inflation is increasing. And we’ve been through all of those.

It has led us to periods of time when our performance is not as good as many others because the markets are not rewarding value stocks.

But we have a very tried-and-true discipline that served us well over this extended period of time and we see no reason to modify it or change it.

So, we treat everybody alike. Nobody is treated differently. Private clients and clients that invest in our mutual funds basically end up with portfolios that look quite similar within three to five years.”

Kempner Capital invests into stocks other portfolio managers are avoiding:

“One of them, interestingly enough, is GM (NYSE:GM), which we think not only is going to have extremely good earnings, but we think because of their move into certain high-growth areas of transport, that they will get a higher p/e multiple than they’re used to. There’s been some of that already. But we think there’s more coming…

Our view is that they’ve been trading as a cyclical company — which is in cars, primarily in transport vehicles generally, and which is going to rise or fall based on the perception of the consumer for those things.

What has changed is that they’re still going to be in the same transport areas of cars and trucks and such, but there’s the possibility that they will break new ground with some of their electric and self-driving vehicles in a way that will begin to generate higher growth rates and therefore higher p/e multiples over the next several years.

It is one of the largest holdings we have. And it’s not so much that we’ve invested huge amounts in it. But we think it’s a longer-term hold.

There are a couple of others, some very out-of-favor stocks, like BP (NYSE:BP) and Royal Dutch (NYSE:RDS.A). There are a lot of moving parts, it’s very complicated, and everybody is sort of negative on petroleum.

These guys not only are going to benefit from what we think are going to be much higher petroleum prices over the next year or two, but in addition, they themselves are working into some of the new areas as growth areas for them.

And I just think there’s multiple expansion there that’s pretty substantial coming along.

You give me 10% earnings growth. Going from eight- to 10- or 11-times earnings and you have a very substantial return. You’re being paid a nice dividend while you’re waiting for this to work out.

Note though that all of these are long-term holds in the sense that we and they are certainly contrarian. I mean GM less so now.

But close to everybody is still certain that oil prices will never rise again. However, they’re beginning to change their view on this. And I think the oil companies are both going to have earnings growth and multiple growth as people begin to realize it.”

Kempner Capital is not swayed to negativity on oil and gas companies by the coming electrification of motor vehicles:

“I think the concept that oil demand is going to somehow get frittered away in five or 10 years is nonsense.

Let’s take the world fleet of vehicles. There are roughly 1.2 billion cars and trucks and other kinds of things on the roads and about 5 million of those are electric vehicles now.

The most optimistic projections I’ve seen show that for electric vehicles, they’ll increase twentyfold to 100 million in the fleet by 2030.

But then you have to step back and realize that the overall fleet will grow from about 1.2 billion to 1.5 billion or 1.6 billion according to the same studies.

To the extent that transportation in that regard is one of the biggest users of petroleum and petroleum products, that’s not a formula for a fall off in demand for oil.

It’s hard to get there. And so I think that a lot of this is wishful thinking, and the desire for the brokerage community sometimes to hype something new and therefore get people to give them commissions.

I’m really sort of cynical about that whole thing.”

Kempner Capital is also increasing its investment into is the financial sector.

We believe that the progress they were making before new management — and now with this new CEO, Jane Fraser, doing her thing to cut back on some of the not-so-strong commercial lending areas in various countries and bringing that back home — you’re going see much steadier and much better earnings growth.

They aren’t selling even at book value the way all the other banks are.”

Get all the detail and complete top picks from Shrub Kempner of Kempner Capital Management by reading the entire 2,995 word interview, exclusively in the Wall Street Transcript.