Chief Investment Officer of QCI Asset Management H. Edward Shill II says that once Wells Fargo & Co (NYSE:WFC) gets past the recent accounts scandal, it will be an outperformer, which means right now is a huge buying opportunity for investors.

A somewhat politically incorrect name at this point would be Wells Fargo. They’ve obviously had a scandal where they took advantage of setting up accounts for over 5,000 of their customers that didn’t ask them to get set up, and they’ve had their hands slapped for that, and you know, the world’s all upset with them. They have a wonderful bank franchise. We will get past this scandal, if you will, and I’m going to say, a year from today, people are going to forget that this happened.

And there has been a huge divergence gap between Wells Fargo and the better brethren of the banking industry — say, JPMorgan (NYSE:JPM) or something like that. While I wait, I’m getting a 3.5% dividend yield. I’m only paying 10 times earnings for this company, and I do believe that there will be a closure gap as we get further away from the scandal. The CEO just resigned — Mr. Stumpf — and I think they’re going to start cleansing those demons. The stock will rally, will close the gap versus the rest of the banks, and this will be an outperformer in 2017. So it’s one of our biggest holdings in the financial services group.

I think [the scandal has] created a huge buying opportunity, and it’s created a huge buying opportunity versus the group, so you really kind of want to like the group by itself. But you know, year to date, for example, Wells Fargo was down 16% year to date. JPMorgan is up 4%. I mean, there is a huge gap there. They normally trade, if you did an overlay graph, they would normally trade right in the line with each other.

So that’s an exciting opportunity for us to think that Wells Fargo is going to be able to have a closure gap as you get on the other side of the scandal. This is not a magnitude event like the ExxonMobil (NYSE:XOM); while these incidents are something of that nature, this is not that magnitude. This is 5,000 people, and they got raked over the coals by Congress. Congress had their day in the sun, and we think that the magnitude shift going forward will be a positive for Wells Fargo relative to people’s vision of them and expectations. 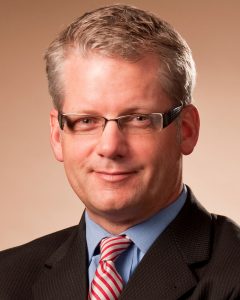 Industrial Sector Expected to Have Three or Four Tailwinds in 2021

The Pace of Demand Recovery Is a Big Uncertainty for Airlines