The Junior Preferred Shares of Fannie and Freddie: Three Times Your Money in Three Weeks 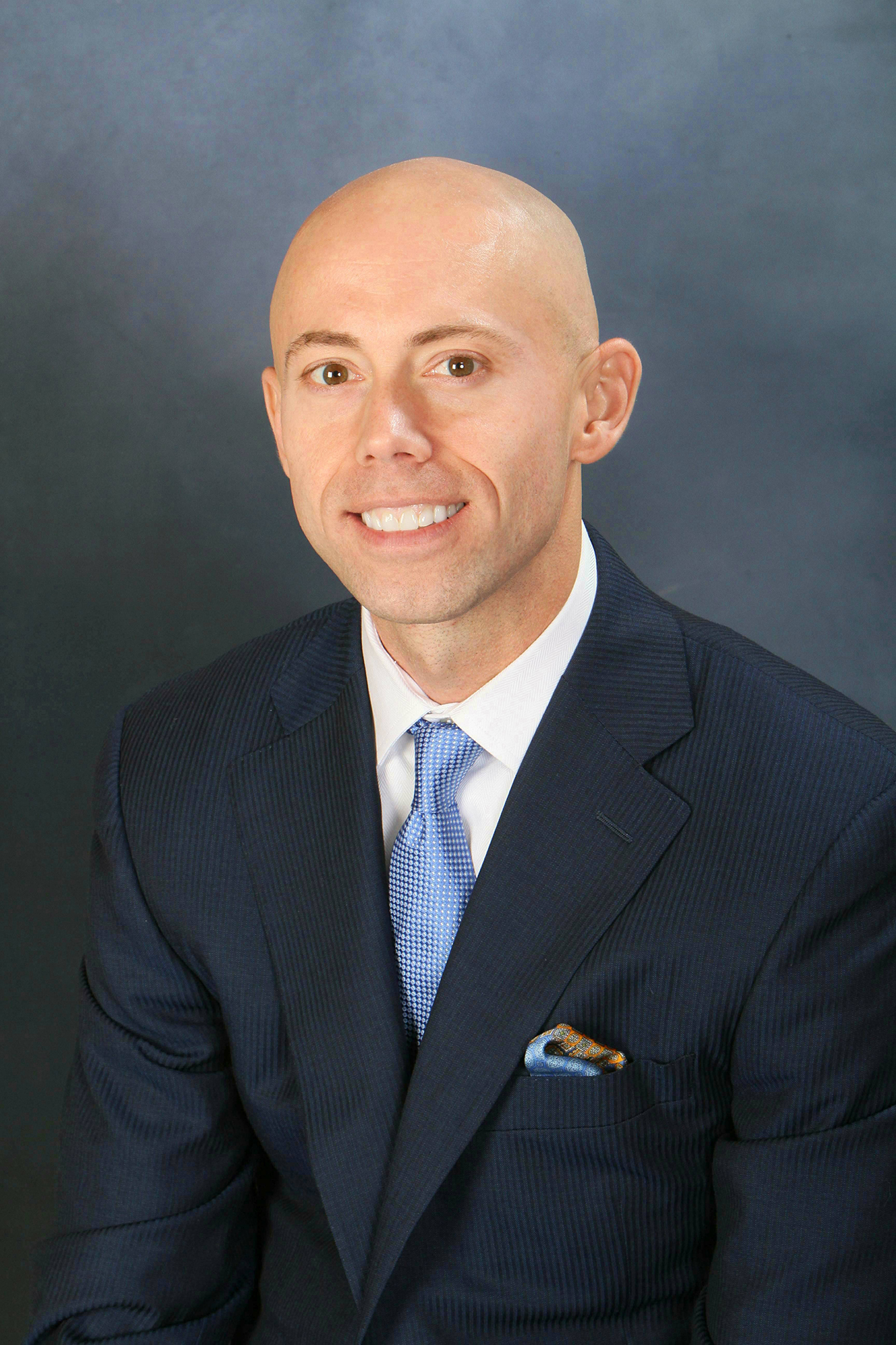 Brian Boyle, President and Portfolio Manager of Boyle Capital, has been in the investment industry since 2000.

Prior to founding Boyle Capital in 2004, he was a portfolio manager for DCM. He has managed a broad number of mandates, including high net worth individuals, institutional pension plans, private funds and a public mutual fund.

In this 3,945 word interview, exclusively in the Wall Street Transcript, Mr. Boyle discusses his investment philosophy and current top picks.

“Our general investment philosophy is based on value principles, and that is a word that is very subjective because value means different things to different people.

Ultimately, we’re looking to get an investment at a discount to what we believe the value of it is. We do not come into it with some preconceived notion of what a business should be trading for but rather look at the investment opportunity in the context of what is available today, and to the extent that we can find things that are trading at a level that we believe compensates us for the risk involved and we understand it, then we’re willing to allocate capital to it.

We would be considered more concentrated as well, so not only are we value managers, but we tend to run more focused portfolios, where we do not subscribe to the Noah’s Ark theory where two of everything is better.”

The universe of stock picks that conform to these principles has narrowed in recent years:

“Things that have very high quality and high certainty of cash flow — so your Microsofts (NASDAQ:MSFT) of the world, your Apples (NASDAQ:AAPL) of the world — have been crowded out.

If you go through history, you will find periods of time where that has been the case: Walmart (NYSE:WMT) in the early 1990s, Microsoft in the late 1990s/early 2000s are two good examples of great businesses that performed just fine, yet investors didn’t perform that well because the expectations that were embedded in those share prices were so unrealistic that the stocks had to consolidate.

When we look at the big names today that everybody knows and likes, the Facebooks (NASDAQ:FB), Amazons (NASDAQ:AMZN), Googles (NASDAQ:GOOG), Apples of the world — great businesses, but we do think the future returns from those are likely to be more muted.”

The search for value has some odd conclusions:

“The original terms of the 2008 agreement were that the taxpayers would agree to put funds into Fannie and Freddie — ultimately, they extended a line of credit that equaled $400 billion, $200 billion each — and for any outstanding balance the Treasury received a 10% dividend on any outstanding balance. Treasury also received warrants entitling them to 79.9% of the companies for a nominal amount.

From 2008 to 2012, the companies needed capital to deal with losses that they had on paper. The companies were generating sufficient cash flow; however, they were having to take reserves for what they anticipated future losses to be, and as a result of those accounting losses, they needed to draw down on the Treasury lines of credit.

In 2012, on a Friday afternoon in August, the Obama Administration through Treasury Secretary Geithner at the time and the Acting Director of the FHFA, Fannie and Freddie’s regulator, agreed unilaterally to change the terms of the original agreement, and instead of the 10% interest, the agreement going forward was that Treasury would get 100% of the profits in perpetuity.

The next quarter, Fannie and Freddie started to reverse those accounting reserves, and essentially since that point in time, the companies have been wildly profitable, kicking off about $15 billion to $20 billion a year to Treasury. That brought along a whole host of lawsuits in the courts, which are still out there today.

There’s a saying that the wheels of justice grind slowly, but they do grind exceedingly fine, and we are seeing that at play in these cases. As we have this conversation here on the 15th of October, the end game for all of this is starting to come into focus because the Trump Administration put out a memo last spring directing the Treasury Secretary to come up with a plan for reforming the housing finance system in the United States.

Fannie and Freddie have sat in limbo for the better part of a decade while their profits were siphoned off, and no structural reforms were dealt with, weren’t even really something that was of interest to the prior administration.

The Trump Administration came out with this memo last March, and the hallmark of the memo was to end the conservatorships of Fannie and Freddie. That kicked off what has been a series of steps by the regulator, Mark Calabria, who came into his role as Director of Fannie and Freddie last April. That series of steps has involved them starting to build capital at the entities and taking steps to hire financial advisers.

They both have hired their own financial advisers. Fannie has hired Morgan Stanley (NYSE:MS). Freddie has hired JPMorgan (NYSE:JPM). Ultimately in an effort to put them in a position to get out of conservatorship.

They cannot get out of conservatorship until they build up their capital, and they cannot build up capital until the outstanding litigation is resolved. In July of this last summer, the Supreme Court decided to take up the cases of Fannie and Freddie, and those cases are scheduled for December 9.

Based on a case that was ruled in the prior term having to do with a single-director agency, the odds are very high in our view that the Director of Fannie and Freddie, the FHFA, will be ruled unconstitutional as a result of the structure that’s in place.

We also think that this ruling, based on Supreme Court precedent, will afford backward-looking relief, which would ultimately vacate the sweeping of profits illegally by the entities, which is ultimately what the lawsuits are trying to accomplish.

All of that is to say that post the election, in a couple of weeks, the Trump Administration, should they win, will have roughly a month to make a decision as to what they want to do with this situation.

Should the case go to the Supreme Court and the government wins, they’ve effectively cut off their ability to go out and raise capital because the Supreme Court would have blessed the taking of property. Should they lose, they’ll end up exactly where they would end up on a settlement.

However, they would have spent another nine-plus months going through the courts, and who knows what the equity markets, the real estate markets would look like at that time, and what the attractiveness and the appetite for a Fannie and Freddie offering might look like at that particular time.

In order to facilitate a capital raise, the Treasury will have to recognize that it’s been fully repaid on its original investment, and once that’s done, the book equity of Fannie and Freddie would fully cover the junior preferred shares.

That would potentially mean the securities that we own trading around $9 today would arguably be worth $25 a share at some point over the next couple of years as the capital-raising process unfolds, so it’s a highly attractive investment near term.

The opportunity is available because of the uncertainty around the government’s treatment of their investment but also obviously the election, which is less than three weeks away here. The election outcome has some people sitting back waiting for the outcome to play out.

If Trump loses, we still anticipate that the actions taken by the current administration will move on, and we would expect in a lame-duck period that they would execute on the amendment to the underlying agreement that would still put this in a permanent spot.

There will certainly be a lot more clarity in the next three weeks. Our belief is, regardless of the outcome, by the end of the year, the necessary actions will be taken that will put this in a permanent spot, and that’s why we have made this our largest investment today.”

Get more investment ideas by reading the entire 3,945 word interview with Mr. Boyle, exclusively in the Wall Street Transcript.