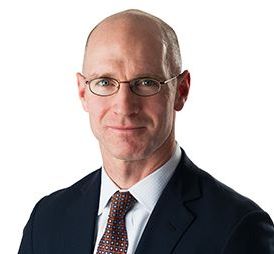 Ryan Connors has picked A. O. Smith (NYSE:AOS) and Mueller Industries (NYSE:MLI) as two of his stock portfolio buys for 2022.

Ryan Connors rejoined Boenning & Scattergood, Inc. in January of 2015 and serves as Director of Research as well as Senior Analyst covering water and environmental equities.

He was previously with the firm from 2006 to 2010 as Senior Analyst covering the water sector. From 2010 to 2014, Mr. Connors served as Managing Director of Water & Agriculture Research at Janney Montgomery Scott.

Mr. Connors has won numerous analyst awards, including being named #2 stock-picker in the machinery sector for 2019 by Reuters/Refinitiv. Mr. Connors earned a bachelor of science degree in finance from Saint Joseph’s University and an MBA from Georgetown University.

He resides in Huntingdon Valley, Pa., with his wife, Kelly, and their three children.

He is a member of the Finance Council at Saint Albert the Great Parish and an on-site volunteer serving the men of Saint John’s Hospice, a homeless shelter in Philadelphia.

Get more top picks and insightful industry sector analysis in this 3,534 word interview, exclusively in the Wall Street Transcript.

“The other issue, somewhat related although different, is pricing power. We’ve obviously had a lot of inflation in raw materials — copper, chemicals, plastics, pretty much everything — and also labor.

These are all seeing inflation.

And so one of the big issues is which companies have the best ability to pass those higher costs through to their customers through price increases. And that’s really important in this environment, because if you can’t pass it through, then the company itself takes a hit on their own margin and profitability.

When your water heater breaks down, you’re taking a cold shower until you get a new one. And so you don’t tend to call your plumber and say, “Well, can you shop around for five different deals and get back to me in a week and we’ll figure out what’s the best price I can get?”

No, you say, “Get the quickest water heater you can find and please get it over here within an hour. I need hot water.”

And so that industry tends to have the ability to pass through raw material price costs, because consumers don’t want to wait.

They’ll pay whatever price they have to to get that hot water back. And so AOS is a company that’s done exceptionally well and the stock’s done very well in passing through raw materials costs ever since this inflation boom sort of began 12 months ago.”

The award winning equity analyst Ryan Connors has some firm opinions on 2022 investments in the Mueller publicly traded stocks.

“…Our top picks right now — or actually if I had to name our top three — there’s Mueller Industries (NYSE:MLI).

We’re the only sell-side Wall Street firm covering the company. So they don’t have a lot of coverage. They don’t do a lot of communications and conference calls, and so forth.

And what that’s done to them is they’ve sat out the ESG bubble a little bit because they don’t really get out there. And they haven’t published an ESG report and communicated with investors on that.

So they’ve traded a p/e multiple of about 10 times earnings. And again, we’ve got companies north of 50.

The other one I would mention is Valmont Industries (NYSE:VMI), which is a company doing highway infrastructure products.

They’ve also got a good business in irrigation. And farmers are spending more money today.

They’ve come out of a multi-year downturn. And the farm capital spending has been very strong.

And so we expect them to benefit from that as well.”

Ryan Connors says there are additional reasons to invest in A. O. Smith:

“Water utilities, on the other hand, do charge a fee, which is your water bill that you get in the mail. And so, when you pump federal money into that system, you give local politicians an incentive to decrease the billing rates, which is very politically popular at the local level.

But that makes the system less financially sustainable going forward.

Now they’ve got a billing rate that’s below the cost of service. And that can’t sustain that system going forward. So it’s a very counterproductive thing to sort of dump federal money, or even state money, into that system.

So one of the challenges is the federal government is putting money into the water industry to try to recreate the legacy water system nationally. And there are many people who believe that that’s not the way to do things going forward and what should happen is treatment of water should take place in your home at your tap.

In other words, the old way was you would treat the water at a central treatment facility, pump it out through these pipes, and then we turn on our tap to drink.

But now, there’s more and more distrust of that tap water because people don’t know what exactly happens to that water between that treatment plant five miles away and their home. And you read about things like what happened in Flint, Michigan, with lead in the water And people get scared — rightfully so.

So the idea is that there are certain companies, and A. O. Smith is an example, that are very active in the area of what we call in-home water treatment or POU — point of use water treatment — where you install a treatment system under your own sink.

And it doesn’t really matter how the water arrives at your house, because you’re treating it right there at the tap and you’ve got 100% confidence that it’s going to be clean.

So it’s not bottled water. It’s even better because you’re not dealing with the plastic.

You’ve just got a nice treatment system right there at your home.

And there’s cost estimates that say we could outfit the whole country with one of those. They’re only a couple of hundred dollars each. And the government would probably negotiate an even better deal than that.

So why wouldn’t the federal government be incentivizing that type of infrastructure instead of the legacy type central treatment system?

So bottled water, bottled water usage, has actually suffered in the pandemic, simply because people aren’t out as much.

A lot of bottled water gets purchased in an airport or somewhere where it’s a pure convenience.

When people are home more, and working from home, this sort of in-home treatment where you’re treating the water and able to drink it straight out of the tap becomes more preferable and cheaper than actual bottled water.

Get the complete detail by reading the entire 3,534 word interview with Ryan Connors, exclusively in the Wall Street Transcript.