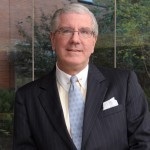 Peter H. Havens, Chairman, founded Baldwin Management, LLC in 1999 after serving as a member of the board of directors and Executive Vice President of The Bryn Mawr Trust Company. Previously, he organized and operated the family office of Kewanee Enterprises.  From this base of experience, Peter Havens has created a global view of investment returns.  “We want to go where there is growth in the world and expose our client moneys to that growth, and that’s not necessarily only in the United States. We have focused internationally more on the so-called emerging markets as compared to the developed markets. That’s not to say that we have excluded the developed markets such as Germany or France or Spain, but our emphasis has been on places like China and India and in Indonesia.”

This global perspective informs Mr. Havens identification of several picks that he believes will return well above the average in his exclusive interview with the Wall Street Transcript.  “One name I would mention is Beijing Enterprises Water (HKG:0371). It’s traded in Hong Kong, and it’s one of the largest water pollution and water distribution companies in China. The reason we like it so much is because there is a great deal of focus in China to clean up its environment…”

Another top pick which Peter Havens believes will return to is previous success is an LNG tanker fleet giant which had cut its dividend.  “…So this is a company which now trades at about 12 times earnings, and next year’s earnings are expected to jump so that today’s price would be about 8 times next year’s earnings. The stock has about a 3%, 3.5% yield. We think that what’s going to happen is that as the company reconfigures its debt profile this year, it is going to free up a lot of cash flow, and we think that the distribution could double by sometime next year.”

Get more detailed top picks from this highly regarded money manager by reading the entire interview at the Wall Street Transcript.