In this 3,395 word interview, exclusively in the Wall Street Transcript, Mike Kozak recommends Trilogy Metals (NYSEAMERICAN:TMQ) and many other stocks. 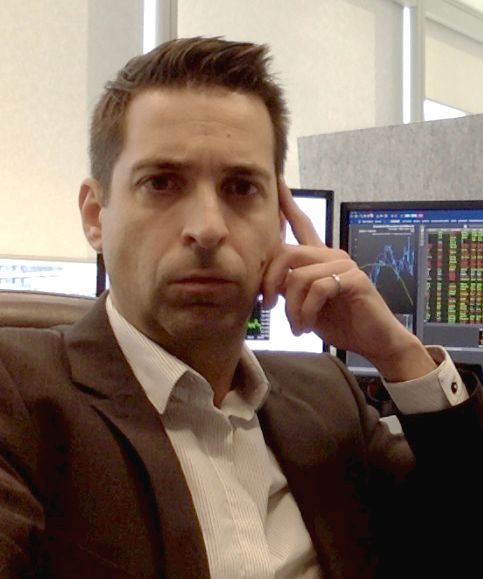 Mike Kozak  is an Equity Research Analyst and has been covering the Metals & Mining sector since 2007. He joined Cantor Fitzgerald in 2016. Mr. Kozak holds a BASc degree in Mining & Mineral Process Engineering from the University of British Columbia, and prior to joining the financial services sector, worked in various technical roles for Fording Canadian Coal, Teck Resources, and Barrick Gold. He introduces his Trilogy Metals (NYSEAMERICAN:TMQ) recommendation in this interview:

“I can point you to some development-stage copper projects, or companies I should say, but they might be $300 million, $400 million market cap, not really that liquid, whereas for a large long-only fund or some macro fund or generalist fund, it might check all the boxes, but they can’t buy it because of its liquidity.

So you need some exposure to the large caps out there, like Freeport (NYSE:FCX) and First Quantum (OTCMKTS:FQVLF), given this macro setup.

BHP (NYSE:BHP) is the world’s largest diversified miner. It has a 12% dividend and is trading around 30% below its highs on the year.

But if you can buy and hold, and not think about it for a couple years, there’s one name that I cover, Trilogy Metals (NYSEAMERICAN:TMQ). They have the Arctic Copper project up in Alaska.

It’s the highest-grade copper project in North America. And if I put my mining engineer hat on, it’s Tier 1 in terms of any metric or any KPI you’d throw at it. They already have a partner, South32 (OTCMKTS:SOUHY), which is a large-cap Australian producer.

So they have a large-cap joint venture partner that’s fronted them $150 million to the JV and will be paying 50% of the capital when the mine starts to be built.

And their second project, which is 15 miles away, is the second- or third-largest cobalt deposit in the United States, called bornite, which is a critical input for electric vehicles.

So, although it’s kind of a quiet one, if you look at the quality of those assets, where they are, there’s no scenario that doesn’t end without Trilogy Metals (NYSEAMERICAN:TMQ) getting consolidated or taken out either by South32 or some other large-cap third party in the next two years or three years, in my opinion.”

Because of the green energy revolution, Mike Kozak recommends investing in the Uranium mining sector:

“Uranium is interesting. I’ve been covering metals and mining for almost 15 years now, starting in January of 2007 where I caught the last four months of speculative mania in uranium, when it spiked all the way to $137 per pound spot and then crashed, started moving higher again in 2009 and 2010, then Fukushima happened sending uraniums into the doldrums for years.

Then, in 2020, for most of the year I would get a lot of inbound calls from clients asking about the “green metals” — like for the electric vehicles, green infrastructure, clean tech, decarbonization and the metals they should be placing in that basket.

And the metals they were placing in that basket at that time were copper, nickel, lithium, cobalt, rare earths, maybe platinum, and palladium to a lesser extent.

And then for whatever reason, in October 2020, uranium got added to that — put in that bucket.

So the narrative on uranium, specifically, it started to turn positive in October of last year. And in the last two months, it’s completely accelerated. And now you’re seeing all these accommodative measures being made by the United States, by a lot of countries in Europe, to bring nuclear back, because it’s become obvious that if we’re going to get to net zero carbon, uranium can’t go away.

Not only can it not go away, it has to be expanded.

And that’s because we can’t always rely on wind and solar. As great as they might be, there’s a weather effect. They’re not always reliable. And we’re still working on the technology to store those particular renewable energy sources over the long term.

The infrastructure is already there and it’s cheap. So it’s become obvious that uranium is here to stay.

And, yes, now you’ve got nuclear that’s getting subsidies from governments.

You’ve got France coming out and committing billions of dollars to small modular reactors, the U.S. extending its reactor fleet, Japan accelerating the pace of their re-starts, Finland lobbying to have nuclear labelled as sustainable energy, and so on. And on the uranium supply side we’ve been running a forty- or fifty-million-pound deficit for years. So the setup here for uraniums is excellent.”

That leads Mike Kozak to a specific uranium stock pick:

“They’re in a very comfortable spot. Number one, they have the tailwind of strengthening uranium prices.

So they have that backdrop working for them.

Number two, they already have a past producing in situ recovery uranium operation in Wyoming called Lost Creek. They’ve operated for a few years, so it has a proven history. It’s very low cost — the lowest cost uranium operation in the United States — but it’s been in care and maintenance, sitting there dormant for the last four or so years, waiting for higher uranium prices, which we’re seeing now.

So it’s best positioned to capitalize on the strengthening uranium price we’ve seen in the last couple months. It’s also arguably best positioned to win new long-term contracts, in my opinion. The company has $40 million in cash, so it’s close to, if not fully, financed to go back into production. So low risk, good backdrop and low cost.”

To get the full detail on Trilogy Metals (NYSEAMERICAN:TMQ) from Mike Kozak as well as many other mining stock picks, read the entire 3,395 word interview, exclusively in the Wall Street Transcript.

Small Cap Value Stocks are the Sector to Buy According to David Corris of BMO Global Asset Management
November 05, 2020

NXP Semiconductors NV (NXPI) Grows in Key Verticals and Is Expected to Buy Back Stock
June 05, 2013