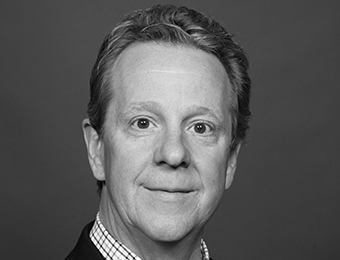 Dr. James Breitmeyer has been President, Chief Executive Officer and Director of Oncternal Therapeutics, Inc. — formerly Tokalas, Inc. — since September 2015. Dr. Breitmeyer is a veteran biotech executive with experience successfully starting and growing biotechnology organizations. He has been responsible for both the development and implementation of both operational and drug development strategies, as well as supervising and managing both large organizations and emerging biotechnology companies.

Dr. Breitmeyer was President of Bavarian Nordic, Inc. and Executive Vice President of Bavarian A/S, a multinational corporation headquartered in Denmark, from February 2013 to July 2015 where he oversaw business operations and development strategy both for Bavarian Nordic, Inc. and Bavarian A/S. He has been a director of Zogenix, Inc., a public pharmaceutical company, since March 2014 and was their acting Chief Medical Officer from August 2012 to February 2013 where he was responsible for clinical development and regulatory strategy.

In this exclusive 2,057 word interview, only in the Wall Street Transcript, Dr. Breitmeyer explains the focus of his company:

“Our lead candidate is named cirmtuzumab. And cirmtuzumab is a monoclonal antibody recognizing the ROR1 molecule. ROR1 is an important factor in the development of the embryo, but it is not part of normal adult life unless a cancer reactivates ROR1 and takes advantages of its growth-stimulating properties for the cancer to thrive and expand.

So our anti-ROR1 antibody, cirmtuzumab, was developed to specifically target ROR1 and to inhibit the growth-stimulating activity of ROR1 when it’s expressed by a hematologic cancer. We are in the clinic, in Phase II development for the treatment of patients with chronic lymphocytic leukemia, or CLL, and are seeing some exciting results.

We recently opened the randomized Phase II portion of our ongoing Phase I/II clinical trial, based on favorable outcomes from the dose-finding and dose-confirming cohorts of the clinical trial. These data showed that the combination of cirmtuzumab plus ibrutinib resulted in an interim objective response rate — ORR — of 100% for the first nine CLL patients with evaluable data receiving the recommended dosing regimen who have completed 12 weeks.

These data were consistent, if not better, than the results that we reported at the ASCO 2019 Annual Meeting earlier this year. We continue to see a well-tolerated safety profile consistent with that seen with ibrutinib treatment alone.

TWST: I understand you also have something in the pipeline for Ewing sarcoma.

Dr. Breitmeyer: Ewing sarcoma is a very serious — in fact, catastrophic — cancer that strikes children at an average age of 15 and presents initially as a bone tumor but often evades the initial attempts to remove or control it and can become widespread in the body.

We are developing a drug called TK216, which was developed at Georgetown University and which targets a genetic abnormality that is a primary cause of Ewing sarcoma.”

Get the entire 2,057 word interview for these and other drug development prospects, only in the Wall Street Transcript.