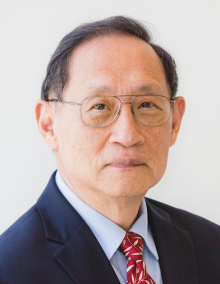 He brings to Energy Recovery extensive experience in helping equipment manufacturers successfully expand into new product and geographic markets. His strong strategic and analytic skills will help guide the diversification of Energy Recovery’s product line and its growth into new global markets.

Prior to 3Com Corporation, Mr. Mao worked for Nortel Networks as CEO of the company’s Greater China operations from 1997 to 2006. Before joining Nortel, Mr. Mao was Regional President of the Greater China region for Alcatel-Lucent from 1995 to 1997. Mr. Mao also held executive positions at Alcatel and ITT in Asia and the United States.

In this 2,385 word interview, exclusively in the Wall Street Transcript, Mr. Mao explains how his company will deploy cutting edge technology to solve one of the biggest issues facing the environment.

“Our flagship PX Pressure Exchanger consumes no electrical power and reduces energy waste, enabling seawater reverse osmosis desalination plants to reduce their energy consumption by as much as 60%.

Beyond desalination, our technology can also be applied to generating greater efficiency in other industries, and we are currently investigating other applications of our PX technology.”

Mr. Mao is excited about the near term dominance of this desalination technology:

“Our in-house ceramic manufacturing facility allows us to produce truly superior products. The precision and efficiency of our micron-level manufacturing capability is reflected in our PX industry-leading efficiency, durability and reliability. This consistency has made us the most trusted energy recovery technology provider in the world.

With that, we achieved a commanding position. We win when our customers win. We have been able to do that time and time again. When people decide to invest billions of dollars in a major facility, such as desalination, they come to us because they know our product works.”

Get the complete 2,385 word interview, exclusively in the Wall Street Transcript.

Can You Insure Against Inflation? Meyer Shields of Keefe, Bruyette & Woods Identifies the Problem and the Solution
May 24, 2018