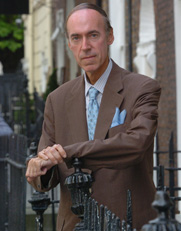 David Lifschultz is the Chief Executive Officer of Genoil Inc. and a member of the board of directors. He joined Genoil in 2001, bringing more than 30 years of technology industry leadership and executive management experience.

Mr. Lifschultz is extremely well-versed on the global macro and geopolitical dynamics affecting the energy sector. Prior to joining Genoil, David Lifschultz served as the President and Chief Executive Officer of Lifschultz Terminal Leasing Inc., a holding and investment company that allocates capital for alternative energy technologies.

Mr. Lifschultz was President and Chief Executive Officer of Lifschultz Industries Inc., which was a high-tech precision metrology company notable for developing heat measuring instruments that could measure heat to the nano degree in partnership with Donald J. Trump.

In this exclusive 2,638 word interview, Mr. Lifschultz details the method his new company has a new technology that “converts heavy oil with sulfur into light oil with very, very low sulfur.”

Mr. Lifschultz summarizes the sustainable barrier to entry that provides the value proposition for his shareholders and customers:

“We can convert the heavy oil, which has high sulfur and high carbon ratios, to the carbon ratio equivalent of light — actually, even better than light — at a cost that can undersell the light oil. So our marketing plan is to convert as much heavy oil as we can because we can produce a better-quality oil than the present light oil that’s on the market at a much lower cost.”

The geopolitical implications of this technology were used by Mr. Lifschultz during the Bush Administration:

“…I presented to Secretary of Energy Samuel Bodman a plan to create 22 million to 25 million barrels a day of excess oil-producing capacity, shut-in capacity to the world, so that if the Strait of Hormuz were closed, Genoil would have a reserve production to meet that demand and avoid a collapse of the entire world economy.

Secretary of the Energy Samuel Bodman thought that was the most brilliant idea that he had ever heard of, but he was not able to push it through.”

David Lifschultz is currently trying to deploy his proprietary technology to China:

“…We have precedent in this in that Fred Koch of Koch Industries had a technology for refineries in the 1930s, and he was boycotted by all the major oil companies. And he went to Joseph Stalin’s Russia. And Stalin’s engineers told him his was far better than anything they’re using in the United States.

So Stalin rolled out that technology in all his refineries. And Russia then gave Fred Koch a start, which is now Koch Industries. So I thought of myself as being in the same position as he was. We had the technology, but nobody wanted to use it, so that’s why we went to China.”

Read the rest of this 2,638 word interview, exclusive to the Wall Street Transcript, for the full detail on David Lifshultz’ strategy for his company.

Insurance Company Start Up Success: A How-To Guide from the President of TypTap Insurance
May 15, 2020

American Entrepreneur Describes How to Start and Build a Manufacturing Business in America
March 13, 2019

China Yongda (HKG:3669) is Only One of Many Contrarian China Equity Plays from James Morton of Santa Lucia Asset Management
November 13, 2018