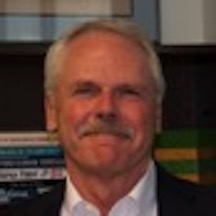 Christopher M. Jones joined Westwater Resources, Inc. as President and Chief Executive Officer in April 2013. Mr. Jones has more than 30 years of experience in positions of increasing responsibility in senior management as CEO and in operational leadership roles in the mining and energy industries. He was most recently President and CEO of Wildcat Silver Corporation, where his team effectively doubled the size of the resource twice using proven metallurgical technologies. Prior to that, he was the Chief Operating Officer and the Mining General Manger at Albian Sands Energy, where he led the post-startup, stabilization and optimization of the Muskeg River Mine in Alberta.

In this exclusive interview with the Wall Street Transcript, Mr. Jones details the new strategic focus for his company.  “Simply put, lithium is the stuff that goes in a lithium ion battery. And everyone these days has a portable electronic device like a phone or a laptop by our workstations that use these batteries. But the real growth market for lithium is in transportation batteries — cars for instance. You might see a Tesla coming down the road, but I see 70 pounds of lithium there rolling down the road.”

Even if lithium prices drop dramatically from current levels, at “$8,500 a ton, the kind of properties we’re looking at produce lithium from brines that are really at the lowest-cost quartile. That’s around $4,000 per ton, still leaving us about 100% margin. Those are the kind of things that this team focuses on; that is, is making sure that we can be in the lowest-cost quartile of any commodity we want to work in, so that no matter what the economics or the price at the time, the economics are still sound.”

To read the entire interview, visit the Wall Street Transcript.

Tesla (NASDAQ:TSLA) is an Undervalued Stock According to this Professional Money Manager
November 05, 2020