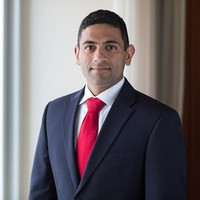 Raju Prasad, Ph.D., is Analyst at William Blair & Company, L.L.C. Dr. Prasad is a biotechnology analyst who is focused on therapeutics and joined William Blair in March 2014. Dr. Prasad previously worked as a research associate with the University of North Carolina at Chapel Hill’s Gillings School of Global Public Health and as an independent consultant with the U.S. Environmental Protection Agency.

In this exclusive 3,000 word interview in the Wall Street Transcript, Dr. Prasad reviews the gene therapy sector with some specific recommendations for investors:

“It is going to be a big year for gene and cell therapy, particularly for commercialization. Three products have been approved and launched already: Spark’s (NASDAQ:ONCE) Luxturna, Gilead’s (NASDAQ:GILD) Yescarta and Novartis’ (NYSE:NVS) Kymriah.

In 2019, you will have bluebird’s  (NASDAQ:BLUE) LentiGlobin potentially being commercialized in the EMA — European Medicines Agency — pending approval, which is expected sometime in the near term. Then, you also have potentially Novartis’ Zolgensma, which should potentially be approved midyear. I covered AveXis as well prior to its acquisition but do not cover Novartis.

So it will be a big year as far as realizing the real-world pros and cons of next-generation cell and gene therapy commercialization. ”

One recommendation in the volatile space is considered a buying opportunity by Dr. Prasad:

“Then, you’ll have companies for which, just based on a snapshot of the data, there will be an outsized selloff.

The next data update at ASH was on five patients’ worth of data, and they weren’t seeing a dose response, and there was some immune reaction with the patients that were disclosed, and you had a 50% down move. Wide swings in valuations potentially create overvaluation, or it could potentially create undervaluation and buying opportunities. Right now, in my opinion, Spark is in an undervalued position going into their hemophilia data at midyear.”

Get all the detail on this and many other recommendations in the 3,000 word interview, exclusively in the Wall Street Transcript.

Low Code No Code Sector is the Where the Hot Stocks Are According to World's Top IT Analyst
May 01, 2019