While George Stark, President and CEO of Stark Capital Management, has typically stayed away from airlines because of their boom-and-bust reputation, he says Southwest Airlines Co (NYSE:LUV) is an exception.

The reason for our enthusiasm for Southwest is that it’s rare to find an airline that has the ability to expand its network meaningfully since, generally, as you know, most of these companies have grown by cannibalization.

In this particular case, the decision by the city of Houston to open up a new international terminal in the airport in Houston, which is Hobby Airport, that is used by Southwest Airlines opens up an avenue of international routes to various Latin American countries in short hops, whether it is Mexico or Central America, all of which are within one and two hours of flying time from Houston and creating the connection from the Southwest Airlines network, which pretty much spans both coasts down to Latin American, and allows them to compete with United and with a number of other international carriers very effectively. And they do so by being very aggressive on pricing.

But we anticipate that this will be a very fine growth area that will be growing at 10% to 15% per annum over the next 10 years, the international part, not the domestic part obviously. But it’s rare to find a small carrier — it’s not so small anymore — but nevertheless, an airline that really does have in front of it an opportunity to expand its network in a meaningful way.

That terminal has opened now. It’s been opened within the last couple of months, and the marketing and expansion of their routes have begun aggressively now. And also, obviously, they are one of the applicants for whenever travel to Cuba becomes approved. They are on the list of applicants for permission to have scheduled air service between the United States and Havana. 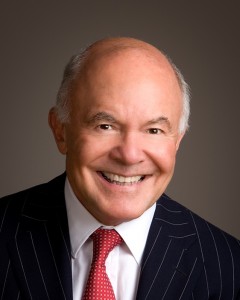