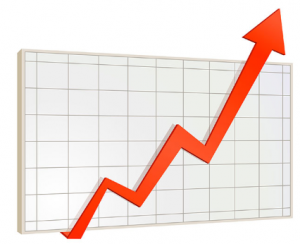 “If you look at a company like Total Petroleum (NYSE:TOT), it’s a French domicile company, which of course doesn’t help the valuation either, but what’s happened is, in the run-up of oil prices all the way to 2014, if we can think of that as the bull cycle, they’re investing a lot in some longer-term deep-water oil projects as well as some big LNG projects around the world, typically offshore. Well, they invested a lot of money, and those projects have a lot of payoff, but there is a massive lag between the spending and the actual production in these big offshore projects.”

“We have done a lot of empirical assessments of different macro environments. Our team itself has gone through many market cycles. And we believe the evidence is pointing that we are in the second phase of an equity cycle. The first phase of an equity cycle is when we go through a crisis period like 2008 and 2009 where S&P operating profits drop like a stone, and then, what has to follow afterward is cost cutting and restructuring in order for those companies to stay alive and find their right footing and eke out some profits. So profits in the first phase are mostly built on the back of cost cutting and restructuring. The second phase is when there’s more stability in the underlying economy, where employees and companies have stabilized and there is enough demand in the economy so that revenues start accelerating.”

James P. Schier is another highly experienced money manager. In his interview, the Senior Managing Director and Portfolio Manager at Guggenheim Investments engineers a mathematical basis for his portfolio picks.

“The way we define value is through a regression whereby we basically have on the x-axis the independent variable of profitability as defined as pretax return on capital. For the dependent variable on the vertical or y-axis, we plot enterprise value to invested capital. This regression tells us what the market is willing to pay for a given level of profitability. We are looking for companies that are priced below the curve, for in those cases we are paying less of premium to invested capital for a given unit of profitability.”

To get the full detail from all of these award-winning portfolio managers, read the entire issue of The Wall Street Transcript.