Semiconductor Slowdown for Data Centers is Shock to Investors 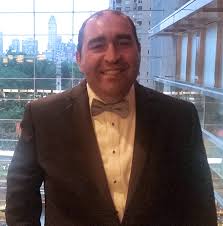 Hamed Khorsand is an Analyst at BWS Financial Inc., which he founded in 2000. At first, the firm published a weekly newsletter and then managed money for individuals. His research focus led to BWS to purely providing equity research. He graduated from University of Southern California.

In this 2,662 word interview, exclusively for the Wall Street Transcript, Mr. Khorsand develops his expectations for the semiconductor industry.

“I think data centers, what has been lately catching people by surprise is how it has slowed considerably given expectations. And I think a lot of that has to do with just people thinking that there’s never a slowdown in purchasing when it comes to data centers.

In fact, what’s happening is data center operators are now considering transitions to faster connectivity within the data center. And I think that’s bringing on some pause and some consumption of what was already bought, on-hand inventory at the data center. This I think is a more of a recent event that’s been occurring. I think people are still waking up to the possibility of what’s happening on this front.”

One stock that might evade the slowdown is “Semtech (NASDAQ:SMTC). That company has multiple portfolios of products, but one of them is for the automotive industry. That would be one stock that I do cover that is related to the auto industry.”

An area of great demand is the “10-gigabit Ethernet, what is basically changing the Ethernet ports on every computer. And we’re slowly going through that transition now.

Every computer that we’re used to — and if you look back, every desktop or most of the laptops, you have this Ethernet port, and we’re used to it being in 1-gigabit. What they are able to do is provide you a 5-gigabit or 10-gigabit that was capable.

And so you get more bandwidth for your computer.

Along with this new upgrade cycle that we’re seeing in wireless gateways, that’s going to either 11ax or what they’re calling Wi-Fi 6, that is incorporating this new multi-gigabit Ethernet into those gateways.

So now you could use a faster link without changing anything because it’s already done for you. And this industry is already slowly moving that way with different product releases, as far as the notebooks are concerned, desktops are concerned. You see that with some of these wireless gateways are coming out with them. So that’s what I think was a big deal.”

Get the rest of the 2,662 word interview with Hamed Khorsand, exclusively in the Wall Street Transcript.