Seabridge Gold (SA) is a David Iben Recommendation: Two Ounces of Gold per Share and then the Copper is Free 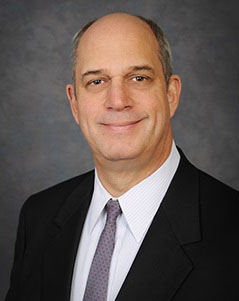 He is the managing member, Founder and Chairman of the board of governors of Kopernik Global Investors.

Prior to Kopernik, Mr. Iben managed the $2.7 billion Global Value Long/Short Equity portfolio at Vinik Asset Management, where he was a director and head of the global value team from July 2012 through March 2013.

He continually managed equity portfolios for Tradewinds — inclusive of its two predecessor firms — from October 1998 through February 2012.

He was the Portfolio Manager for the firm’s Global All-Cap strategy, North American All-Cap strategy and Global Long/Short strategy, directly managing more than $20 billion assets at the time of his departure.

He began his career with Farmers Group, Inc., where over the course of 14 years, he worked his way up from Securities Analyst/Trader to Portfolio Manager and eventually to Director of Research and Lead Portfolio Manager for both equity and fixed income strategies.

At the time of his departure in 1996, Mr. Iben was acting as Farmers’ Chief Investment Officer, responsible for $16 billion of investable assets.

In his 2,991 word interview, exclusively with the Wall Street Transcript, David Iben bangs the table for Seabridge Gold (SA).

“Seabridge Gold (SA) is exactly what I’m talking about.

This is the largest undeveloped gold mine in Canada. And the key there is being undeveloped.

If it were developed, the market would be paying more for it than what they’re paying now.

So, like I say, one of the largest undervalued gold miners in Canada, and the world, at a market cap of roughly $1 billion.

And so, a billion-dollar market cap for about 27 million ounces of gold, and probably a lot more, is compelling. Even post-risk adjustment, that’s pretty much a bargain price.

This is a company where if the gold price settles around $2,000, we believe it is worth multiples of $1 billion.

And for free optionality, consider the idea that a tenfold increase in the money supply might continue to cause inflation to migrate through the system like we’ve seen in the last few years.

So inflation has yet to migrate into the price of gold.

We believe that we have something with Seabridge where, if we’re wrong and the price of gold stays where it is now, we are getting a bargain price.

And if the price of gold goes to something higher, which it should based on the economics of mining, and absolutely should, based on the creation of currency over the last 10 years, then the upside can be many, many times what it’s selling at now.

That’s one of our favorites.”

“We have a similar one in the United States called Northern Dynasty (NYSEAMERICAN:NAK).

This is possibly the largest undeveloped copper and gold mine in the world.

The U.S. is interested in having copper, which is needed for EVs and windmills and other things that people need, looking to reduce carbon in the environment.

And the U.S. is looking for things where the supply chain won’t be disrupted by geopolitics. And so here, right in Alaska, are some 60 billion pounds of copper and another 30 million ounces of gold after recovery.

Here again, it’s really a great property. But they’ve had struggles to build this because certain NGOs and Hollywood actors have been against building this mine.

The Army Corps of Engineers undertook a two-year study saying, “Yes, this presents no harm to the environment whatsoever; we think it should be approved.”

Politics got in the way, and they reversed themselves. Now, they’re redoing the study.

It’s likely to be quite some time before this mine gets approved, because of all the politics.

But eventually, economics and common sense, the idea that if you can get access to copper that the U.S. needs in an environmentally friendly fashion, a property out in the middle of Alaska, this is something that should be built and that probably will be built.

And if it is, the stock could be worth easily 10 times what it is selling at now.

So this, we’re very, very high on.

And so, there’s a company called Platinum Group Metals (NYSEAMERICAN:PLG) that has a lot of palladium.

Palladium is something that’s used a lot in catalytic converters for cars.

And a lot of the world’s palladium comes from Russia.

With problems there, that makes palladium in other places potentially worth a lot more.

That could have a lot of value. Platinum used to trade at roughly double the price of gold.

Now it’s more like half the price of gold, a little more than that.

For a market cap of a fraction of a billion dollars, we’re able to get scarce assets for a metal that we think people need.

In this case, the market cap is about $150 million.

The mine could be built in the next two or three years.

And once again, the upside we believe is many, many times where the stock is selling now. Unlike the other ones, Seabridge Gold (SA) or Northern Dynasty (NAK), it might only be a handful of years before it’s up and running. And as I mentioned, once Wall Street can see the cash flows, they’re willing to pay much, much higher prices.

So, in a world where most things are way overvalued, to be able to buy things that are undervalued at current prices and conceivably are worth five or 10 times more than they’re selling at is really exciting to us.”

Get more top picks from David Iben like Seabridge Gold (SA) by reading the entire 2,991 word interview, exclusively with the Wall Street Transcript.

Kopernik Portfolio Includes One with 39 Million Ounces of Gold in Reserves
September 30, 2019