Portfolio Manager Sean Thorpe of Aristotle Capital Management says Mondelez International Inc (NASDAQ:MDLZ), one of the world’s best snack food and beverage companies, has the ability to beat its 18% operating margin target through its cost-cutting strategies.

Many people know this company through its brands, but many people don’t know it by name. It’s a larger company, $70 billion in market cap…It houses the global brands from what used to be Kraft Foods. This company makes cookies, crackers, gum, chocolates, things like that. 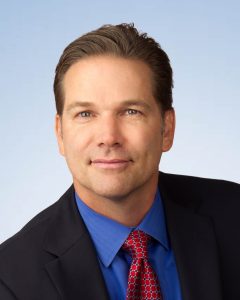 The company is also very strategic in their thinking. They realized that it made more sense to sell their coffee business and keep a 49% interest, which they recently did. Here, the real story is margin improvement. The company is targeting 17% to 18% operating margins by 2018. We think they can actually do quite a bit better than that over the long run, and this will drive a lot of free cash flow and profits, and that excites us.

They’re doing some pretty interesting things. They’re modernizing factories; they’re moving to lower-cost locations and making some pretty big efficiency gains. I’ll leave you with two examples. One is Tang, the instant drink that we all know and grew up with. There used to be 400 formulations of Tang and 20 different suppliers to make that drink. They’ve cut that down to three to four flavors and a single supplier, saving them a lot of money.

The other example is LU biscuits. They used to have 4,000 SKUs in Europe. They’ve cut that down by 1,500 SKUs, and there’s more to go, but that saves them $100 million in costs and helps drive margins. These are just a couple of examples of lots of different ways that they can really drive margins going forward by just focusing and getting rid of unnecessary complexity that’s been built over many, many years.

Manufacturers Benefit from Waves of Innovation

Interview with the Chairman and CEO: HEICO Corporation (NYSE:HEI)