Liquefied Natural Gas Becomes a Major Export from the United States: Who Will Stand in Our Way? 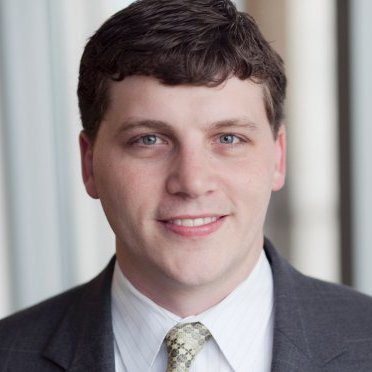 Ben Nolan joined Stifel Financial Corp. in May 2013 as Director covering the shipping and energy infrastructure sectors. Prior to Stifel, Mr. Nolan was part of Knight Capital covering both equity and debt of companies in the maritime sector, and he spent six years at Jefferies as an equity research analyst covering the shipping sector.

In addition to equity research, Mr. Nolan spent several years as a corporate financial analyst for EOG Resources in the oil and gas business. Mr. Nolan graduated from Texas A&M University with a BBA in finance and received his MBA from the University of Houston.

“On the natural gas side or the LNG side, that market has really been growing at a tremendous clip. And the reason for it is largely Asia, and China largely has a voracious appetite for natural gas right now, and not just China.

There are a lot of places around the world that are looking to de-emphasize coal and replace it with cleaner-burning natural gas. That’s because generally speaking natural gas can be procured relatively cheaply from the United States…”

The positive balance of trade for the United States cannot be over-emphasized:

“…we’re exporting more to Korea than we would to China because they’ve traded places a little bit in some categories. Still, the demand is very strong and probably will continue to be very strong. And I think, broadly, the export of U.S. hydrocarbons will definitely be the major theme of all of energy for the next five to 10 years.”

“At the moment, my favorite idea, certainly in small-cap land, is a company called Navigator Gas (NYSE:NVGS). It’s currently trading at about $10, and we have a $16 target price on it. They have a special niche within the tanker market.

They ship specialty gases, and that could be things like propane and butane but also specialty chemicals like ethylene that are all being produced in the U.S. along with oil and natural gas. And those are having to find their way into the international market, while there’s very limited consumption growth in the United States for that. But there’s tremendous demand internationally.”

Get the full 3,081 word interview, only in the Wall Street Transcript.

Liquefied Natural Gas, Silver and Gold Can Be the Best Investments for 2020
December 02, 2019

Using an Exchange-Traded Fund to Invest in Infectious Disease

Looking for Stocks with Higher Earnings and Lower Liquidity