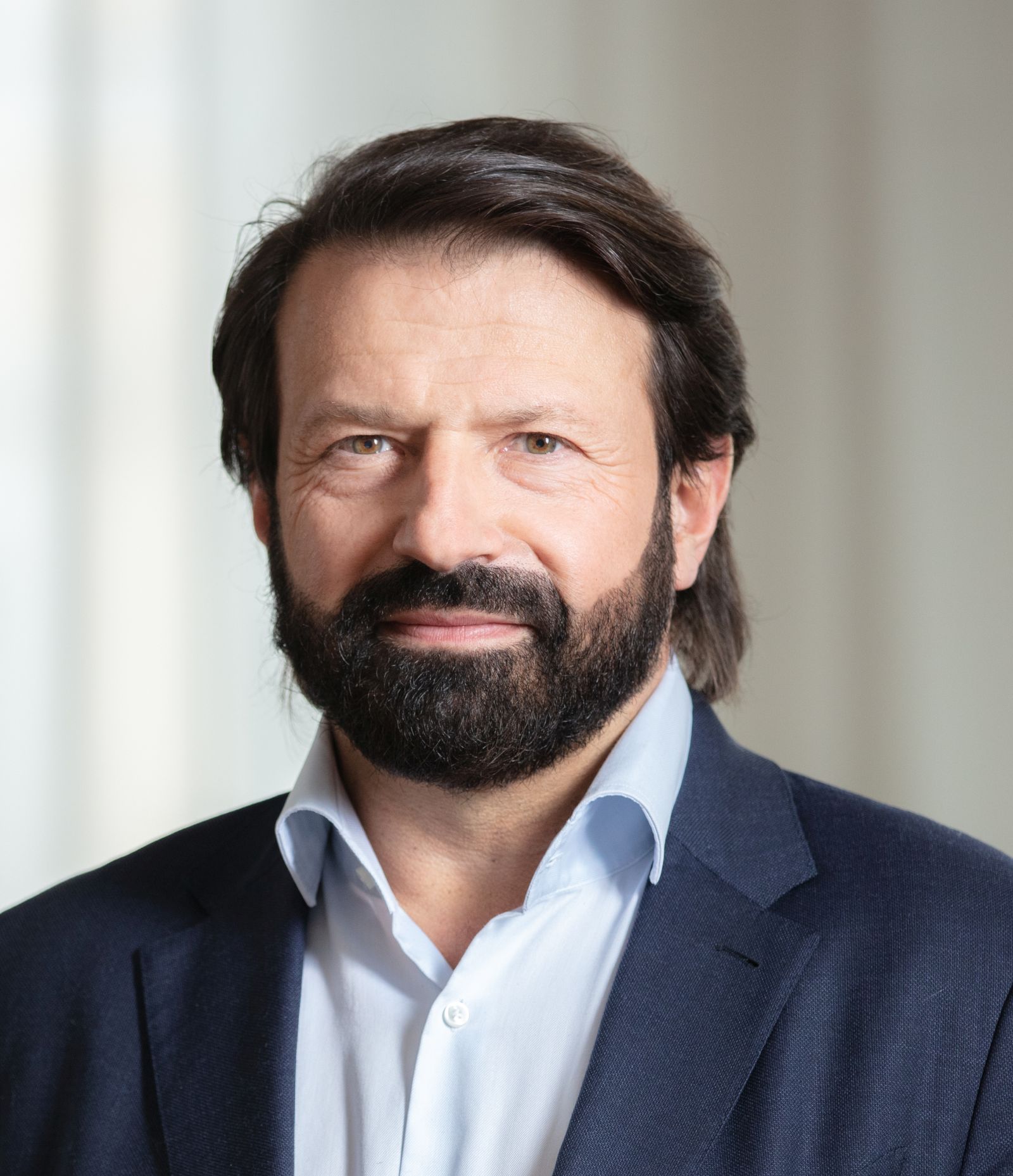 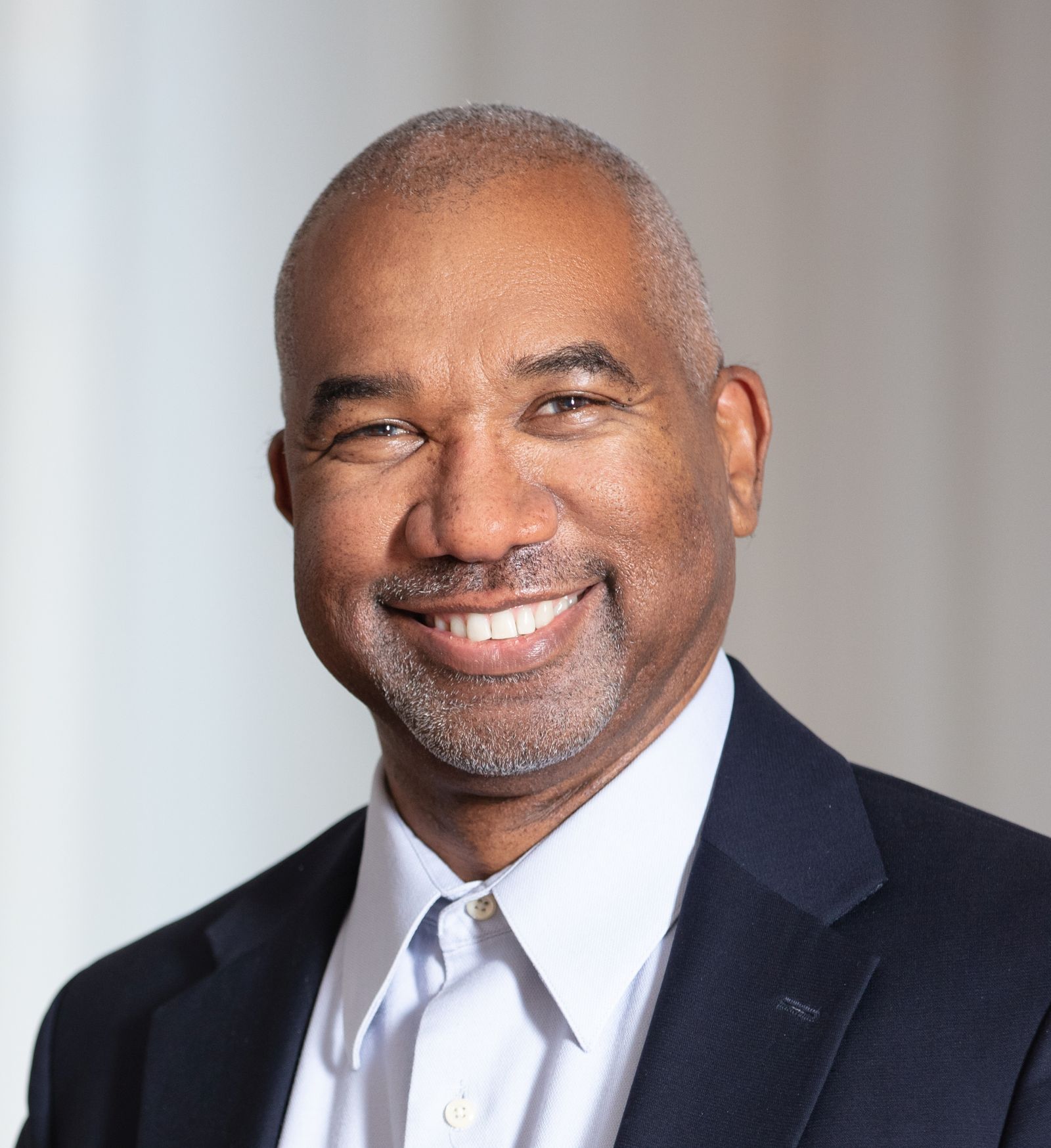 Trained in design office techniques and all processes of product manufacturing and having worked in the company since 1992, Mr. Gaussin has an excellent vision of products and sectors.

Holder of a management control diploma from the Institut de Management Control (ICG-1998) and an Executive MBA from Concordia University in Montreal (2005), he was also President of the Haute Saône Chamber of Commerce from 1997 to 2001.

Gary Patterson is the Executive Vice President of North American Operations for Gaussin.

He joined the hydrogen powered vehicle company in September 2020 with more than 25 years of B2B information technology experience.

An expert in change management, he knows how to use innovative solutions based on the exploitation of data.

Prior to joining Gaussin, Mr. Patterson previously held the position of Director of Operations at Bestmile, a Swiss supplier of a fleet management platform for mobility players aiming to deploy, manage and optimize vehicle fleets, autonomous or not.

At Bestmile, Mr. Patterson was responsible for strategic partnerships as well as customer operations, including deployment and support operations.

Prior to that he served as Vice President of Technology at Dell Technologies [NASDAQ:  DELL], overseeing cloud management infrastructure and software delivery.

In this 3,674 word interview, these two senior executives from Gaussin Group explain the development of hydrogen powered vehicles and how the cutting edge in this carbon killing technological innovation is progressing.

“It’s our vision to be a game changer.

We had an opportunity 10 years ago to create this portfolio of products for ports, logistics centers, airports and smart cities. So it was really a transportation focus which started with the off-road segment, and now we have on-road focus, based on a new Road Truck Skateboard.

Also, I’m speaking with you from Riyadh in Saudi Arabia, where we just completed the 2022 Dakar Rally. We participated in the experimental category, and we were the first one in the history of the race with a hydrogen truck, zero emissions.

It is the first hydrogen racing truck ever built and we won in this category.

We were alone by the way, and we had zero emissions, zero noise in Saudi Arabia during two weeks of racing, and now there is a special event with His Highness Salman bin Abdulaziz Al Saud, the King of Saudi Arabia, who wanted to see the truck.

It’s really something, and it’s very interesting to understand. Every 100 kilometers, we produce something like 100 liters of water per hour with this truck because of the phenomenon of hydrogen. You split the hydrogen with a fuel cell, and you produce electricity for the vehicle and water.

So it’s really clean, it’s zero emissions, and silent — which is very important for the driver, because you don’t have a gearbox anymore. The noise of a racing truck is normally very tiresome.”

The hydrogen powered vehicle is a highly specialized propulsion system that the Gaussin Group has mastered:

“You can really compare it to your car. It’s a tank and instead of petrol that you have in the tank, you have hydrogen. And so when you need more autonomy, you need, for example, to do this race, the Dakar, it’s impossible to do with batteries alone, because you will have a very short autonomy.

And so here we are using the hydrogen like a range extender or like a tank. And of course, the more storage capacity you have, the more autonomy you have with hydrogen.

Next, you produce electricity thanks to fuel cells, and you always need a battery because you need to store electricity. And electric motors for the torque that we must have due to the weight — you need a lot of power when you want to start.

And so, you need a battery.

In fact, in all applications that a battery is used for, hydrogen can also be applied. People want to make a comparison between batteries and hydrogen, but in fact, you always need a battery, but the battery will be smaller, and you will add the hydrogen and the fuel cell…”

The question of how the hydrogen propulsion system works is addressed in the interview with the two Gaussin Group executives:

“TWST: How is the hydrogen different from battery, and is one actually better?

Mr. Gaussin: Five years ago, batteries were very expensive per kilowatt, though not as productive. And we do believe that now we will see the same cycle with hydrogen, but in this industry — with massification, with volume — the price will decrease dramatically.

But the fuel cell will be smaller, more powerful. It will be the same story of the learning curve thanks to the technology.”

The Gaussin Group is also racing to provide this hydrogen propulsion technology on a global basis:

“We don’t want to hide all these new technologies. We want to share this technology to be able to produce in the U.S. and to integrate local suppliers, step by step.

For example, we have an agreement with Plug Power (NASDAQ:  PLUG) in the U.S. to integrate their fuel cell.

We have another agreement with Microvast [NASDAQ: MVST] — it’s a battery manufacturer — and so, we wish to localize and to create an ecosystem, and after that, to offer first-class maintenance services. And the goal after that is to create transport-as-a-service.

It’s really for the final customer, but he will be able to pay per kilometer or per hour, and it will be very simple for him with an App. It’s our business model.”

Get the complete detail on the Gaussin Group strategic objectives for a hydrogen powered vehicle future and the expectation of return for shareholders, exclusively in the Wall Street Transcript in this 3,674 word interview with Christophe Gaussin, Chief Executive Officer of the Gaussin Group and Gary Patterson, the Executive Vice President of North American Operations for Gaussin.