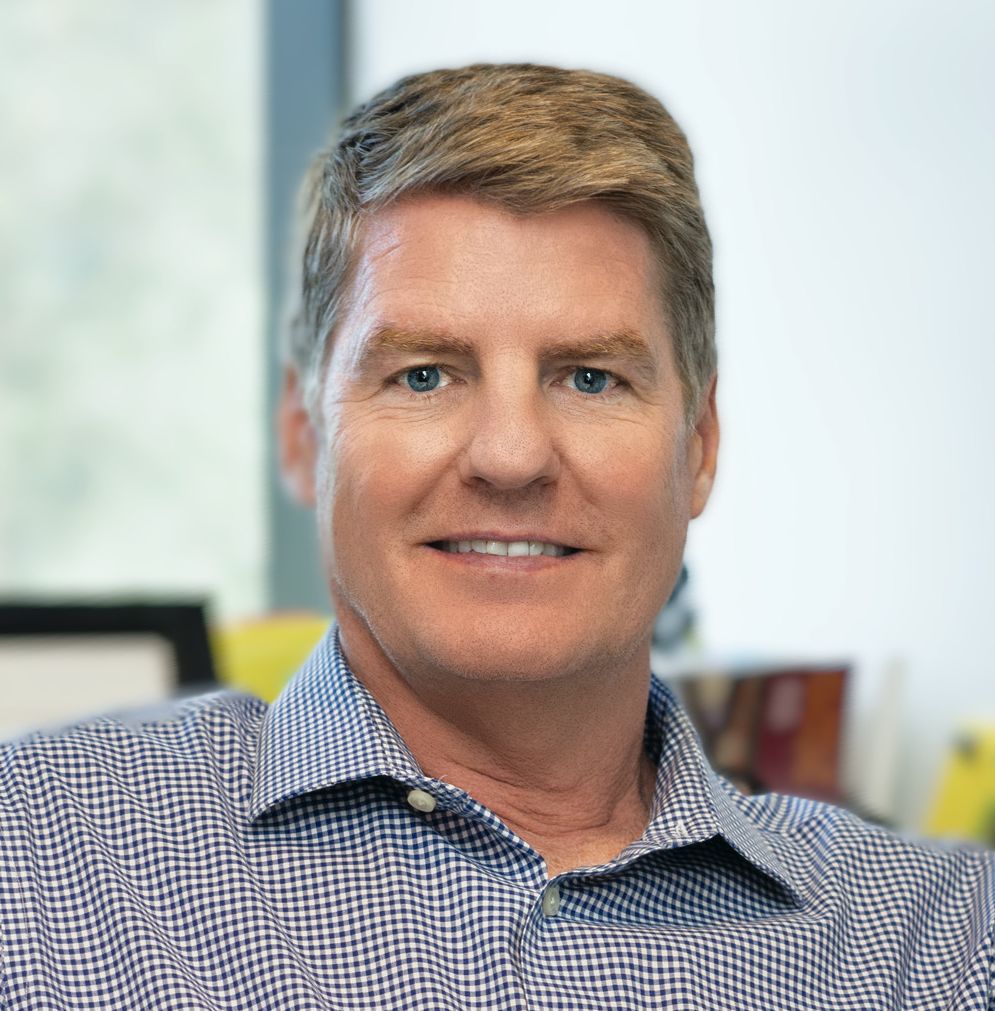 Gene Sheridan is CEO and co-founder of Navitas Semiconductor (NVTS) the Gallium Nitride [GaN] specialist. He has over 25 years of experience in power management and semiconductors.

Previously, he was CEO of BridgeCo, a wireless audio company that was sold to Standard Microsystems Corporation (SMSC).

He also worked in management at International Rectifier. He received a BSEE degree from Clarkson University.

“Gallium is actually a soft metal that’s a natural byproduct of aluminum.

It’s been around for over a century, but had limited use until recently, when we discovered that gallium when combined with nitrogen forms gallium nitride or GaN for short.

In the world of power electronics, those are really powerful properties that actually enable power systems and electricity, managed by power, to be up to three times faster charging, higher density, smaller, lighter weight, up to 40% more energy efficient, and 20% or more lower costs.

So a lot of great things come from this new exciting material called GaN to replace silicon in all types of power electronics.

Power electronics are needed for virtually all forms of electronics from fast charging your phone to very efficiently powering the world’s data centers and the internet to improving the cost payback and energy savings you get from renewable energy such as solar.”

Navitas Semiconductor (NVTS) is a leader in using this chemistry in innovative products.

“….We’re really pioneering the use of this material in power electronics. When we started the company years ago, the material was not being used in production for any power chips. We’ve now brought it to production and commercialized it. It’s really innovative and compelling.

Chips are now being used to fast charge your phone, tablet and laptop, and very soon will power these other applications I mentioned, like data centers, solar, renewables and also eventually electric vehicles…we’re really pioneering the use of this material in power electronics.

We took that technology first to production just three years ago and focused on mobile charging, because it’s a fast-moving market with a lot of volume and a value proposition that everybody can understand — fast charging your phone, tablet or laptop.

It’s now already in over 200 GaN chargers in production, including the top 10 smartphone and notebook companies that are developing their next-generation chargers using Navitas GaN technology.

We completed an IPO last year, raised the capital and now we’re commercializing the technology over the next one to two years into data center and solar.

Then electric vehicles will be the next major segment. That takes a little bit longer.

We expect that to go into production for GaN-based electric cars in 2025.”

“In fact, earlier this year, we announced the creation of the industry’s first electric vehicle design center focused on deploying GaN for those applications.

The first application would be on-board chargers. Similar to fast charging your phone or laptop, we’ll fast charge electric vehicles up to three times faster with the onboard chargers.

That’s just the start of deploying GaN in many other power systems within the car, including the motor control, which actually moves the car, which will ultimately then translate into longer battery range and lower-cost batteries, bringing them to cost parity compared to gas cars.”

Powering up the transition to renewable energy is the opportunity for Navitas Semiconductor (NVTS) investors.

” Today, less than 20% of our world’s energy sources come from renewable energy which is directly creating electricity.

The vast majority, of course, are fossil fuels, which go through extensive, inefficient and very resource-intensive processing before you eventually turn power plants into electrical energy.

In the case of solar and wind, in particular, you are dramatically improving that efficiency transition to convert wind and sun power, infinite sources of power, into clean electrical energy.

Today, the power chip business is about a $20 billion market. And of course, we don’t use any power chips in fossil fuel applications. So, as you convert that to the 80% renewables in coming decades, that will dramatically increase the opportunity.

So we’re super excited about the market impact in opening up an even bigger $30 billion, $40 billion, $50 billion opportunity for these power chips in the future, but also equally excited about accelerating this really important trend to move away from fossil fuels and move to renewable, clean, efficient electrical energy.

And the same thing can be said for how we use energy today.

Less than 20% is clean electrical energy.

All of this will step by step be converted to clean electrical energy, and Gallium Nitride [GaN] can accelerate that transition and make sure we have high-efficiency, low-cost reliable electric energy for decades to come.”

Fabs that were built back in the 1980s and 1990s, that are fully depreciated and underutilized, can now be retrofitted for pennies on the dollar.

So it’s very capital efficient to use these older, low-cost underutilized fabs.

It allows us to serve our customers, even when we’re growing very fast. Right now we’re offering six- to 16-week lead times where our silicon counterparts are often at six- to 12-month lead times.

So that’s really kept us ahead of the curve, and it allowed us to grow even faster.”

Get the complete story of Navitas Semiconductor (NVTS) by reading the entire interview with CEO Gene Sheridan, only in the Wall Street Transcript.

Underperformance in Medical Device Space Still Linked to COVID
Cannabis More Like a Staple Than a Discretionary Product
Pricing Pressure Intensifies in Some U.S. Cannabis Markets