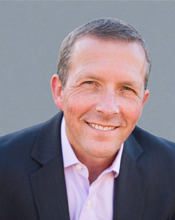 Prior to joining Everspin, Mr. Conley spent over 20 years at SanDisk where he was most recently Senior Vice President and CTO of SanDisk until June 2016, focused on fostering strategic innovation at the company. Previously, he served as Senior Vice President and General Manager of SanDisk’s Client Storage Solutions after holding several key system engineering leadership positions over his career at SanDisk.

In 2009 to 2010, he was Vice President of Engineering at Corsair, where he transformed and expanded the product portfolio to grow the company to a leader in PC gaming components, including high-performance SSDs. Mr. Conley is listed as the inventor or co-inventor on over 90 patents in the area of non-volatile memory architecture and management.

In this 2,813 word interview, exclusively in the Wall Street Transcript, Mr. Conley details the strategy that will capitalize on the growth in demand for computer memory storage.

“Everspin Technologies is the world’s leading provider of magnetoresistive RAM, or MRAM. MRAM is a type of non-volatile, or persistent, memory that retains data even without power, unlike other types of memory technologies, such as SRAM or DRAM. MRAM is the company’s sole focus, as its stock ticker MRAM suggests.

Our company name, Everspin, is actually a reference to the magnetic phenomenon of electronic spin that is the basis of operation at spintronic devices, such as MRAM, and that allows our technology to provide unprecedented performance and endurance for non-volatile memory.

While there are other companies starting to provide MRAM solutions, Everspin is the only company in mass production of MRAM discrete memories that deliver the industry’s most robust, high-performance non-volatile memory for industrial IoT, data center and other mission-critical applications where data persistence is paramount.”

The company has several paths to a greater growth trajectory:

“One of our key growth drivers that we see over the next few years is continuing our efforts to increase customer adoption and new design wins. It should be noted that we have been in production with our Toggle technology for over a decade.

We see the next wave of growth coming from our current STT-MRAM products in data center applications. As I mentioned earlier, it’s a very large opportunity. The design wins that we have had there have provided pretty significant growth.

We do expect that as we add more design wins to the pipeline for our STT-MRAM products in those data center applications that this will continue to add to the accelerated growth that we’ve achieved so far.

Then, longer term, we have taken the cost basis of our high-density gigabit STT-MRAM device and have brought the benefits of that density in terms of the cost per bit back to the opportunity that we see in the industrial and IoT space. ”

Get the complete detail from reading the entire 2,813 word interview, exclusively in the Wall Street Transcript.