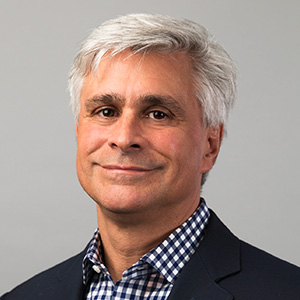 Before working at Scotia Capital in 1998, Mr. MacKinnon spent six years at Tillinghast-Towers Perrin, an actuarial consulting firm, in the firm’s Toronto and New York offices. Prior to that, he worked at Canada Life as an actuary.

In this 3,109 word interview, exclusively in the Wall Street Transcript, Mr. MacKinnon details his top Canadian insurance company picks, many of which are paying high single digit dividend yields.

What we found is that their LICAT ratios — that’s life insurance capital adequacy testing; that’s a regulatory capital framework — those ratios actually went up between the fourth quarter of 2019 and the first quarter of 2020.

I’m not sure if everybody was expecting them to go up and go up that degree — sure, tougher equity markets have hurt those ratios — but they’ve got a lot of excess capital, and that’s largely in bonds, and that’s at mark to market, and that helps that capital. And in fact, the book values have gone up a little bit as well.

We didn’t see any kind of significant hits to capital. And I think that’s the first thing that investors wanted to see: Are the capital positions good?

One his top picks is paying 7% currently:

“I think one that’s interesting here that trades under seven times — and that’s even after we’ve taken our numbers down as a result of potential disruptions over COVID-19 — is Manulife Financial. I think one of the things is 35% or 40% of its earnings come out of Asia.

You’ve got a rapidly growing middle class there, at least 60% of the world’s middle class will be in Asia by 2025. I think insurance products are very underpenetrated there. A large portion of the middle class is underinsured. And so it’s a company, the number-three player in Asia behind AIA (OTCMKTS:AAIGF) and Pru UK, and I think it’s well-positioned there.

It’s also well-positioned in terms of its strong balance sheet. Its LICAT ratio sensitivity from interest rates and equity markets are running at a fraction of what it used to be. And thirdly, it’s been a very good grower. From 2013 to 2018, it grew its core EPS in excess of 12% or 13%. It’s been a good grower. It’s a proven grower, got a good platform in Asia.

It’s got a strong balance sheet.”

Get the full detail on this and many other picks, only be reading the entire 3,109 word interview, exclusively in the Wall Street Transcript.