Axos Financial (AX) and Capital Bank (CBNK) are two small banking stocks that fly under the radar but each has specialized sustainable competitive advantages that the CEOs have developed. 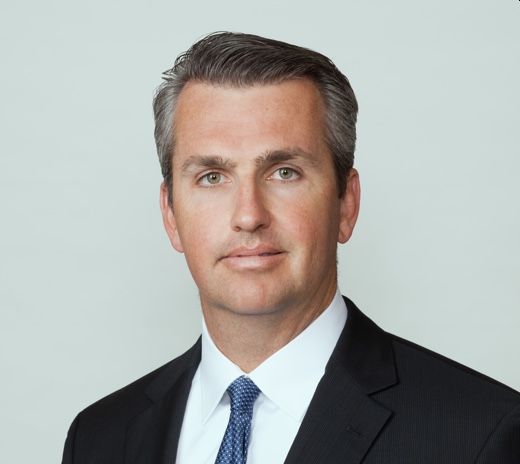 Gregory Garrabrants has been the President and CEO of Axos Financial (AX) since 2007.

Prior to joining Axos Bank, Mr. Garrabrants was a senior vice president and the head of corporate business development at the nation’s seventh-largest thrift, focusing on entry into new business segments, mergers and acquisitions, joint ventures and strategic alliances.

Before his senior executive roles at banking institutions, Mr. Garrabrants served the financial services industry as an investment banker, management consultant and attorney for over 15 years at Goldman Sachs, McKinsey & Company and Deloitte Consulting.

He has a Bachelor of Science degree in industrial and systems engineering and a minor in economics from the University of Southern California. He is a Chartered Financial Analyst and member of the California Bar.

“…We were one of the first internet-only banks and over time what we realized is that the digital interaction capabilities that would allow us to gain customers were obviously going to continue to become more ubiquitous as the smartphone came out.

So, remember the iPhone came out seven years after the bank started.

So when we first started, we were a little bit ahead of ourselves from a technology perspective because there was no real way to deposit checks online with photo capture and things like that.

There were just certain tasks that we had to do through the mail or things like that that were a little more difficult, but then over time what happened is we put a lot of money into our own platform, which is our own app.

That app allowed us to digitize pretty much every single element of the customer interaction process, not only for consumer banking, but also for commercial banking. It allowed us to take a variety of, I’d say, pain points out of the process with respect to using data to be able to make sure we didn’t hold checks, we approved transactions more rapidly, and all those kinds of things.

I think in general, we’ve continued to evolve the underlying banking process, expanding it from consumer to commercial, but then also launching our own online trading platform.

We’ve launched our own robo-advisor platform so you can manage money through us, you can stock trade, and pretty soon you’ll be able to trade cryptocurrencies through our platform as well.”

The President and CEO of Axos Financial (AX) has a cure for what ails the cryptocurrency market, FDIC insurance:

“I think what we’re doing on the crypto side is very interesting.

We recently announced an alliance with Tassat Pay which allows us to work with institutional crypto clients and allows us to transfer value 24/7 between different participants in the crypto market, which is an important component of settlement because the crypto markets never shut down and you can trade at any time.

So that’s one innovative project we’re doing. We also have crypto trading that’s going to be launched in our online platform and I think we’ll be one of the first financial institutions that have done that.

So we will have integrated banking, stock trading, robo management — so automated wealth management and crypto trading.

And so, I think that that does reduce a lot of friction that is currently in the processes that are involved in trying to open a crypto account with some of the existing players.

We also think that particularly given the change in the crypto environment that having recognized players that are where money is FDIC insured with respect to the banking deposits and things like that, there’s some credibility benefit to us doing that business.

Those are just two examples. We have quite a few more.” 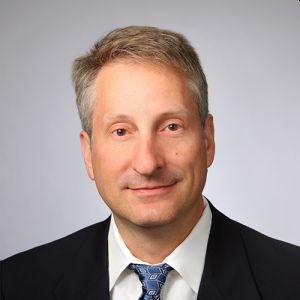 Since that time, Capital Bank has rapidly expanded throughout the D.C. area and into Baltimore.

Under Mr. Barry, Capital Bank has consistently been recognized as one of the top performing banks in the U.S.

In 2014, Capital Bank won Product Innovation of the year in payments by Retail Bankers International. In 2015 it was named to the Future 50 by SmartCEO magazine.

On a more personal level, Mr. Barry believes in giving back, and is on the board of the Mid Atlantic Chapter of The Make-A-Wish Foundation.

Similar to Axos Financial (AX) CEO Gregory Garrabrants, Edward Barry joined Capital Bank (CBNK) as Chief Executive Officer in 2012 in order to differentiate what had become an out of favor financial sector:

“The community banking landscape has been under assault really over the last several decades.

If you just look at the numbers, the number of community banks in America has been steadily declining for very long periods of time.

And the formation of new community banks has slowed.

So you’re seeing every year a net decrease in the community bank landscape.

And that’s really a sad thing because historically the community banks really filled a lot of the gaps from the larger banks.

They’ve been very good on the small business sector and in some of the local communities that tend to get underserved.

And what we saw with the advent of PPP in the COVID crisis, there was a big resurgence of community banks across America.

Most of the PPP loans went to community banks that stepped up in the time of need and were very responsive.

So I think there’s a bit of a renaissance now going on for community banks as they’re seeing opportunities to justify their existence in the marketplace on both the business and consumer side and take advantage of things like fintech to help level the playing field between them and a lot of the larger banks that are out there where they can now go head to head and offer the same suite of services and in many respects a much higher quality of service just given their greater customer intimacy, more flexibility and just being deeply embedded in their local community as opposed to some of the larger banks.”

One point of differentiation for Capital Bank (CBNK) is their Open Sky division.

“OpenSky is a company we acquired several years ago and it was a hidden gem as part of a larger institution.

So really targeted towards people that have had credit blow-ups in the past or people that are new to credit.

So as an example, maybe students, people graduating from college, immigrants — so people that are generally frozen out of the credit markets. And so this is a way for people now to get established or reestablished in the credit landscape.

The number-one reason we hear from our customers that sign up for the product is they want to get a mortgage and they can’t qualify.

So it’s really this way we work with them and help educate them. And we’re trying to build other suites of services around it to help them with their journey of homeownership.

It’s had a lot of success with COVID as a lot of people have really doubled down, saying I want to repair my financial health and my financial lives.

And we saw a big uptick in customer base.

Different from our core community bank lending, the OpenSky business is nationwide.

So we serve customers all across the U.S. through our technology. And we have just over 600,000 customers that are active on our platform, working to improve their financial loss.”

Get the complete detail on both Axos Financial (AX) and Capital Bank (CBNK) by reading the complete interviews with their CEOs, exclusively in the Wall Street Transcript.

Intrepid Capital Has Two of their Top Asset Managers Working in Tandem
August 27, 2020