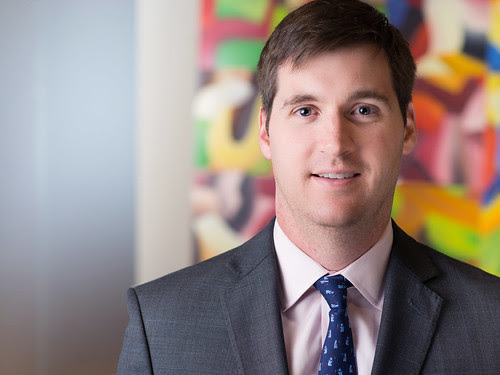 He also provides research support for the U.S. Multi Cap Equity Strategy at Tocqueville Asset Management. Prior to joining Tocqueville in 2010, Mr. Lambert served as a securities analyst at Key Bank where he worked within their Asset Recovery Group helping middle-market companies to restructure their debt.

In this 2,504 word interview, published in March of 2020, Mr. Lambert predicts the success of his top picks for the rest of the year:

These companies typically offer a disruptive technology that makes their customers more productive and efficient, or have a product or service that is extremely difficult to replicate.

The sector weightings in the fund are 56% in technology, 20% in health care, 15% industrials, 5% financial and 2.5% in consumer discretionary. Our largest positions include Shopify (NYSE:SHOP), Paycom (NYSE:PAYC), Paylocity (NASDAQ:PCTY), Fiserv (NASDAQ:FISV) and Fidelity National Information Services (NYSE:FIS).”

His evaluation of Shopify in March of 2020 was spot on:

“Shopify reported earnings on February 12th, and their revenue growth and operating leverage were better than consensus. Currently, Shopify is experiencing higher demand for their Shopify Plus model, which caters to larger brands looking to increase brand awareness for specific products.

We, TOPPX, continue to hold Shopify as it provides small, medium-sized business owners with a complete solution for starting and running a business.

Essentially, you can go to Shopify with an idea and you can be off the ground in hours, whereas the legacy solutions would take you days, even weeks to get going.

SHOP has also been tremendously successful in attracting businesses to use the platform. And as a result, it has a treasure trove of data that it can leverage to make its customers more successful.

For example, Shopify can tell merchants which website designs have been most successful, recommend optimal marketing spend in various channels, such as Instagram, and even can make financing available for product expansions.

These efforts enable its merchants to become successful and, as a result, make Shopify more successful as more sales are consummated through the platform, creating this flywheel effect.

The valuation for Shopify is at a premium, but I view it as justified because they have such a small market share. As of last quarter, they have 1.1 million merchants on the platform. And their target market, if you include international, is greater than 60 million. Shopify is still in the early days of capitalizing on this addressable market and cross-selling new products and services.

Prolonged success can attract competition, and people frequently ask, “Why isn’t Amazon (NASDAQ:AMZN) coming in and doing this?”

And feedback from the customers and from the merchants I talk to is, “With Shopify, if you want to build a brand, you’re going to use their solutions because they can give you the tools to be successful, whereas platforms such as Amazon and eBay (NASDAQ:EBAY) are exclusively geared to sell products at the most competitive prices,” so that is the important differentiator.

I think the company is aware of what Square (NYSE:SQ) is doing.

In fact, Square bought a company named Weebly, and they’re trying to replicate it. But Square comes at you from a payment’s perspective, whereas Shopify offers a more holistic solution.

So yes, Square is a competitor, but the Shopify brand has engendered a very loyal customer base, and every customer that I have talked to really likes how Shopify approaches their business. Shopify’s take rate is typically 3% on average compared to Amazon and eBay, who charge anywhere from 10% to 15%.

One could make the case that Shopify is providing a more complete solution and yet charges less.”

This one pick alone from Mr. Lambert’s portfolio suggestions would have been a game changer for most investors but he has several more:

“We’ve owned Paylocity for years. The company provides payroll and human resources services for its customers. Paylocity targets small to medium-sized businesses and concentrates its offering on those companies that employ 20 to 1,000 employees.

Paylocity sizes its addressable market at roughly 600,000 businesses and only serves 20,000 today.

The incumbents in this market are ADP (NASDAQ:ADP) and Paychex (NASDAQ:PAYX). These companies have been slow to innovate, giving companies like Paylocity a chance to disrupt with an efficient, easy-to-use technology offering.

Paylocity has developed an application in which an employee can, on their mobile device, view their paycheck, see their taxes, clock in or out if they are an hourly employee, execute yearly health care elections and enrollment, complete any compliance-related matter, and check their 401K and view their health savings account balance in one easy-to-use application.

From the employer’s perspective, pushing these tasks to the employee saves time and outsources the complexity of payroll, workers’ comp and the remittance of state and local taxes to Paylocity.

The company has demonstrated the offering is compelling and scalable, and recurring revenue has been growing at 25% annually and generating EBITDA margins above 20% with long-term margins targets of 30% to 35%.

We believe the growth the company has been achieving is sustainable given 50% of its growth comes from the churn at the incumbent providers, which I mentioned above. The other 50% comes from new business creation and referrals from channel partners.

Given Paylocity’s relatively small revenue run rate of $600 million compared to ADP and Paychex’s combined revenue of $14 billion, we are confident Paylocity can sustainably grow revenues 20%-plus with higher EBITDA generation as the company continues to scale.

On an enterprise value to sales metric, the company trades at 12 times, which compared to other SaaS providers isn’t that expensive, especially given its profitability.

If one subscribes to the Rule of 40, which is revenue growth plus profitability growth, Paylocity screens as one of the more attractive candidates on that basis.”

To get the rest of Paul Lambert’s top picks and his reasoning behind them, read the entire 2,504 word interview, exclusively in the Wall Street Transcript.