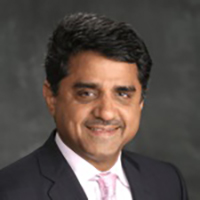 Dr. Vimal Mehta is CEO and Co-Founder of BioXcel Therapeutics, Inc. He has over two decades of experience in the pharma and biotech industry.

In this 3,086 word interview, exclusive to the Wall Street Transcript, Dr. Mehta details his strategy for his company.

“…We are focusing on agitation resulting from neuropsychiatric conditions in patients, like schizophrenia, bipolar, Alzheimer’s, dementia, opioid withdrawal and hyperactive delirium.

Recently, we got a grant from the U.S. Department of Defense, which is related to treating ASUD, which is alcohol and substance use disorder. So there are multiple diseases for which you can have this agitation and the patient needs to calm down.

Our drug, 501, works through a central mechanism in the brain. There is a firing of norepinephrine, a chemical that results in agitation. And our drug can stop the release of norepinephrine.

Dr. Mehta has near term milestones that he seeks to achieve:

“…We are transitioning the drug to Phase III, subject to discussions with the FDA. We expect to open our trial in Q4 of 2019.

So that’s where we are with that product. And the underlying drug that is being used on the film has been in the market for 20 years.

So our innovation was we identified that microdosing can be used to treat agitation, and the current drug is used as a sedative anesthetic.

There’s a lot of safety established around the IV form of the drug with millions of people, like 10 million or so. And in our studies, the sublingual thin film in hundreds of patients.

Get the entire picture from Dr. Mehta in this exclusive 3,086 word interview in the Wall Street Transcript.