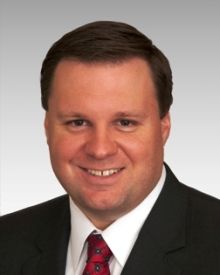 He joined HSBC Securities in February 2010 as an equity analyst covering the steel industry. In the previous six years, he was a buy-side analyst at a major U.S. investment firm covering metals and mining companies in Latin America, Europe, the Middle East and Africa.

He holds a bachelor’s degree in economics from Wesleyan University.

In this 3,157 word interview, exclusively in the Wall Street Transcript, Mr. Brandt demonstrates his understanding of where investors will find the best returns in 2021 for this sector.

“I would say that in iron ore, the concern has really been over the supply from Brazil and, in particular, Vale (NYSE:VALE). You will remember almost two years ago, in January of 2019, they had the Brumadinho incident. Production has really been hampered since then.

In 2018, they did about 385 million tons of production; that has been hovering around 300 million tons. So we lost a significant amount of capacity from them over the past couple of years, and that combined with strong demand has led to iron ore prices staying north of $100 for a while, and now we’re sitting at about $120.

Vale is desperately trying to get that production back. We think they will, but it’s a matter of time. Their capacity is about 400 million tons. What they’ve said is they should reach that run rate sometime in 2022.

Some more picks are also based in Latin America:

Gerdau is still a fantastic story, it’s just starting to look a bit expensive, but it’s a nice play on potential Brazilian infrastructure. We’ve seen their economy has really improved since April and May, when they were really impacted by the pandemic.

We have historically low interest rates in Brazil — I think they are at the lowest they have ever been — and that has spurred all sorts of demand for real estate. We’ve seen significant real estate launches and construction starting, and that has obvious implications for long steel rebar and things like that. We think that demand for long steel continues until 2021 at least.

What we’re seeing from China in terms of their steel demand, that’s had an impact on pricing, and that pricing that we’ve seen in China has influenced prices positively in Brazil. So there are price hikes; there are volume growth and good demand.

We think Gerdau is a good way to play that, and if the U.S. government can put through an infrastructure stimulus program, Gerdau is the natural beneficiary of that, given their operations in North America.

Grupo Mexico is positively exposed to the copper price; 80% of their NAV is going to be copper through their subsidiary, Southern Copper.

They are one of the lowest-cost producers; they’re well into the first quartile of cash costs. Their C1 cash costs are $0.65, $0.70 per pound. You compare that to the $3.20 per pound that we have today for a price, and cash flow is really, really good.”

Get the complete picture on these and many other mining and metals stocks by reading the entire 3,157 word interview with Jonathan Brandt, exclusively in the Wall Street Transcript.