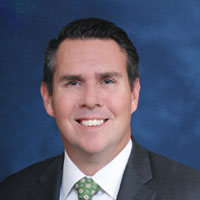 Timothy Coffey is Director, Banks & Thrifts at Janney Montgomery Scott LLC. Prior to joining Janney in 2019, Mr. Coffey was a vice president and research analyst at FIG Partners LLC, a premier investment banking and research firm specializing in community banks.

Before joining FIG Partners, Mr. Coffey was a research analyst at Green Street Capital Management. Prior to that, he covered the banking industry for several business publications in San Diego, California.

In this 2,551 word interview, Mr. Coffey examines how his West Coast based bank stock investment philosophy has produced superior returns for his investors.

“…The California economy is the biggest component of the national economy. California on its own would be a top-four economy worldwide. So from that standpoint, it’s very robust and diversified.

Within the state, Los Angeles County accounts for roughly one in every four jobs in California. So it’s a very big economy with big job centers. Economists expect the California economy to grow half-a-basis-point faster than the national economy in 2020.”

The surrounding region benefits from this economic juggernaut:

“The top idea we have right now is First Interstate Bank (NASDAQ:FIBK) out of Billings, Montana. It’s a $14 billion asset bank with footprint from the eastern part of Montana all the way out to Oregon and Washington state.

This is the type of company I was talking about before. They have a diversified revenue stream; 20% of their revenue comes from noninterest income sources.”

Another top recommendation is from Washington state:

“Another company that we like is Banner Corp. (NASDAQ:BANR) out of Walla Walla, Washington, on the eastern side of that state. Their footprint goes from the Canadian border down to the Mexican border. It’s a very conservative company. Their loan growth is mid-to-low single digits annualized. ”

Get all the top bank stock recommendations from Mr. Coffey by reading the entire 2,551 word interview, exclusively in the Wall Street Transcript.