Cannabis Stocks Reacting Badly to Return to the Office 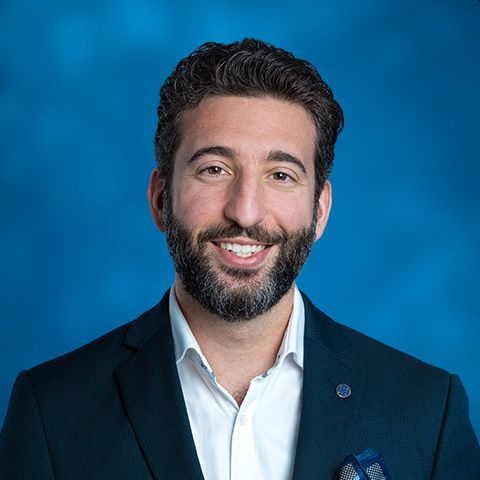 Andrew Partheniou is the Vice President, Research at Stifel GMP covering the health care, cannabis stocks and psychedelics sectors, where he joined its predecessor firm GMP Securities L.P. (“GMP”) in 2017.

He provided support to Martin Landry who has been ranked as a TopGun Analyst in the Small Cap/Special Situations and Healthcare sectors in the Brendan Wood International Worldwide Equity Capital Markets Performance — Canadian Equities Report.

Mr. Partheniou has a technical background stemming from his years at a global engineering conglomerate and holds both a B. Eng. from McGill University, and an MBA from the John Molson School of Business.

His take on cannabis stocks as an investing thesis is an interesting one.

“Cannabis falls within the risk/growth sector, which has been impacted by the rising rate environment leading to its underperformance.

There’s also the dynamic within cannabis where some markets are maturing more rapidly than we previously anticipated.

As a result, cannabis retail prices are falling despite us being in an inflationary environment. So companies are experiencing pressure on both ends.

And we say that that’s kind of a headwind because during COVID, consumers had a lot more money to spend sitting at home, and with a lot more time on their hands. Cannabis is definitely your friend when you are in that situation, so there was a lot of spending during COVID.

Now that stimulus has gone away.

However, there are some bright spots.

For example, in supply chain, there hasn’t really been a lot of negative effects in cannabis compared to some other sectors that are a lot more global in nature.

Cannabis, for the most part, is a domestic product.

There are also important secular growth opportunities with medical states converting to recreational that are still very much a driver of shareholder value creation, and part of our fundamental thesis as well.”

The geography of cannabis stock investing is intriguing.

“In the U.S., it’s a state-by-state structure, because cannabis is illegal at the federal level.

And so every state has its own rules. We see cannabis as a geographic play in the U.S. favoring the East Coast; it’s important to choose the right states that have the most favorable regulations to have an extra layer in terms of barriers to entry with limited versus unlimited licenses.

We believe that there are other moats as well. But that is a very important one — regulatory moats.

In Canada, it’s an unlimited license market that’s legal at the federal level, which is one reason why we’ve seen such intense competition.

This translates to low selling prices, making it difficult to reach profitability which affects equity valuations.

Europe is a completely different story and it depends on which country you’re looking at.

There is no full federally regulated recreational market within Europe; it’s all very medical focused.

Germany is where everybody pays most attention since it is the largest and most influential country within the region. It has a small medical program and right now they’re in the process of creating a recreational market.

But it’s very early days. They haven’t released the draft legislation yet.”

The U.S. also has geographical implications for cannabis stocks within its borders.

“Typically, if we were to segregate the U.S., we would say the East Coast versus the West Coast.

The West Coast states are actually very difficult markets to operate in: prices are low, competition is high and profitability is difficult to achieve.

On the East Coast, states like New Jersey, Pennsylvania, Florida, Maryland — these states are very attractive, for a few reasons.

Number one, they are less mature than those on the West Coast. And so typically, you see less competition and higher selling prices, which leads to better profitability.

For the most part, they are also limited license markets which caps competition and creates a sustainable competitive advantage for those companies that have those licenses.

Our favorite names are those that have more exposure to East Coast states and generate better returns for shareholders.”

The cannabis stock sector expert has his favorite picks.

We brought them public back in 2018 and we’ve liked them for a very long time.

They are best in class, one of the largest companies in the country with $1 billion in run-rate sales at around 30% EBITDA margin, generate great cash, and the least leveraged amongst all of our coverage at one times debt-to-EBITDA.

So they have the least refinancing risk as a result, which is important when you’re thinking about a rising rate environment in a capital-intensive industry.

And a reminder, these companies are taxed at egregious levels because cannabis is federally illegal.

They’re taxed at the gross margin level, so they can’t benefit from all the deductions that a normal company does, which translates to over 50%-70% effective tax rates and sometimes higher.

So when you think about that matched with the need to build out production facilities in every state, access to capital is a very important factor.

GTII is also the only cannabis company in the U.S. that’s exposed to every single recreational conversion state, giving them a growth catalyst every year into 2024.

That’s important when thinking about a growth sector, because if you’re not growing, you’re going to get penalized.

So GTII has exposure to a potential $20 billion of mature industry sales in these recreational conversion states, which is roughly what the entire country generated in 2020. And it secures GTII’s growth outlook for the long term…

Two other companies that we like in the U.S. cannabis space are Curaleaf (OTCMKTS:CURLF) and Trulieve (OTCMKTS:TCNNF).

There are more, but those are number two and three. Curaleaf is a $4 billion company and the largest in the country with the only true national footprint as well as the only U.S. company to have assets in Europe.

So that leaves a good amount of optionality if Germany works out in terms of going recreational.

Currently, they’re in a period actually where they’re expanding EBITDA margin, which is a little bit different from others that are trying to defend their margin. And that’s because Curaleaf started off from a lower base.

So that’s a good story to tell right now in this type of environment.

They’ve got great access to capital as well, with their Executive Chairman Boris Jordan. He’s a wealthy, successful businessman with an impressive network.

Trulieve is a cash-generating machine.

They’ve got by far the largest footprint in Florida which is a cash cow for them and have a roughly 14% cash flow yield next year even with a tax rate above 50%.

Despite that, the company is trading at a roughly 30% valuation discount to the top five companies.

We think the main reason is because they still have a relatively narrow footprint.

They’re in Arizona and Pennsylvania as a result of a large acquisition, which was actually the largest in cannabis history.

But the future growth profile is dependent on doing further M&A.

In this type of market, we think that they could pick up some distressed assets, as smaller companies see themselves as losing ground to the larger companies.

We think shares have the potential to re-rate as that plays out.”

Get the complete picture on cannabis stock investing by reading the entire 2,459 word interview, exclusively in the Wall Street Transcript.

Cannabis Stock Picks Include the "Starbucks of Cannabis"
April 02, 2021

Cannabis and Fires: Can this Bank Make Money in Northern California?
February 07, 2018

Darcy Bomford Wants to Give Cannabis Supplements to Your Dogs
March 21, 2019