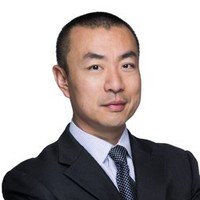 Prior to Janney, Dr. Zhong spent over three years at SunTrust Robinson Humphrey, where he covered several companies while working within their health care/biotechnology vertical. From 2011 to 2014, he worked as a biotechnology equity research associate at Cowen and Company.

Prior to Cowen, he worked as a postdoctoral fellow in the Department of Neurology at Mount Sinai School of Medicine. Dr. Zhong received his Ph.D. in neuroscience and molecular biology from the Rockefeller University and both his M.S. and B.S. degrees in biophysical engineering from Osaka University in Japan.

In this 3,466 word interview in the Wall Street Transcript, includes a complete review of the potential of cutting edge biotech companies and has specific recommendations for investors

“The acquisition price is $114.50. That is about 120% premium as compared to the closing price on Friday for Spark (NASDAQ:ONCE). That, of course, is a huge positive for not only Spark’s stock price, but if you look at other gene therapy names across the board, we are seeing a lot of upward movement.”

The establishment of a bidding multiple has significant implications:

“The premium is very much in line with what we have seen in the past, for example, from the previous acquisition deal, which was also a gene therapy name, from back in April 2018 when Novartis (NYSE:NVS) acquired AveXis. That premium was about 88%, so also close to 100%. The 100% premium is probably the standard that we would expect from these kinds of acquisition deals.”

This trend is expected to continue:

“Large-cap biotech companies are also active players in acquisition. For example, Celgene (NASDAQ:CELG) did multiple acquisitions, including Juno Therapeutics, a cell therapy company, before Bristol-Myers Squibb (NYSE:BMY) announced a plan to acquire Celgene in January. What we have heard from industry people suggests to us that large-cap biotech companies as well as major pharma companies are really getting increasingly comfortable with gene therapy. So we definitely expect similar deals to occur.”

To get Dr. Zhong’s complete list of targets, read the entire 3,466 word interview in the Wall Street Transcript.

Expert Analyst John Benda of the National Securities Corporation Picks the Winners in Multifamily and Other REITs
August 14, 2017