Chairman of the Advisory Board Bruce Linton for Red Light Holland Corp. (CSE:TRIP), (OTCMKTS:TRUFF) is the First Mover in Magic Mushrooms 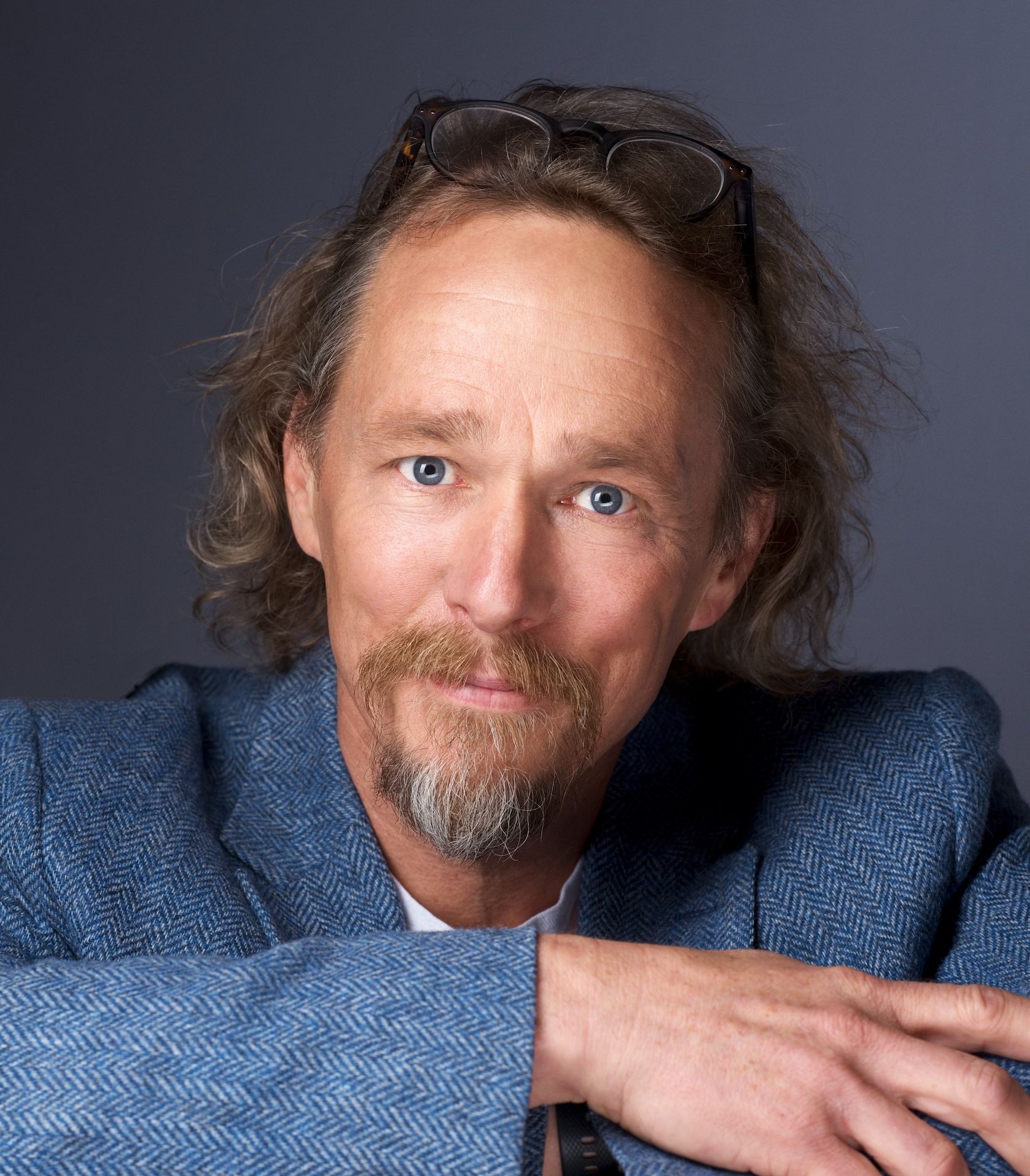 Bruce Linton is Chairman of the Advisory Board of Red Light Holland Corporation (CSE:TRIP), (OTCMKTS:TRUFF).

Mr. Linton has a passion for entrepreneurship and making a positive difference in the world.

He brings a wealth of experience in building strong technology-driven companies, developing world-class teams, and positioning his companies in sectors driven by waves of public policy change.

In addition to his role as Chairman of the Advisory Board for Red Light Holland Corp. (CSE:TRIP), Mr. Linton is Co‐Founder and Chair of the Board and acting CEO of Fat Llama (formally Ruckify Inc.), and Executive Chairman of Gage Growth Corp. (CSE:GAGE).

He is Co-Chairman and former Chief Executive Officer of Martello Technologies Group (TSX-V:MTLO), Co-Founder and Non-Executive Chairman of Óskare Capital, Advisor with Creso Pharma (ASX:CPH), and Above Foods and an active investor with Slang Worldwide Inc. (CSE:SLNG) and with OG DNA Genetics Inc.

In September 2021, Mr. Linton stepped down from the board of Mind Medicine Inc. (NEO:MMED), where he was a founding Board of Director member and Chairman of the Governance and Compensation Committee.

Mr. Linton also sits on the Board of the Canadian Olympic Foundation and is a member of The Ottawa Hospital Foundation, Campaign Executive Committee.

Mr. Linton was also Chairman and Chief Executive Officer of Collective Growth Corporation; a special purpose acquisition company that went public on NASDAQ on May 1, 2020, and completed its business combination transaction with Innoviz Technologies Ltd. (NASDAQ:INVZ) in April 2021.

In this extensive 5,733 word interview, exclusively in the Wall Street Transcript, the Advisory Board Chairman of the Red Light Holland Corporation (CSE:TRIP), (OTCMKTS:TRUFF) Bruce Linton describes his business strategy and the prospects for investors.

“I had known [Red Light (CSE:TRIP), (OTCMKTS:TRUFF) Co-Founder, CEO and Director] Todd Shapiro casually for many years. In fact, I knew him for two years before he knew me.

And the reason I did is I used to own businesses in Toronto, and I don’t live in that city. So every time I would go down there, as soon as I got into the radio zone of a station called 102.1 the Edge, if it was the morning, I would always tune to that station and listen to it. And the reason is, they had three hosts. Two of them were adults and one of them was Todd.

And they constantly got up to shenanigans.

Like Todd was be sent to attend a press briefing for something and he would be told when he went that if they didn’t kick him out of the press briefing he was not allowed to come back to work — he was fired. So he’d have to do these outlandish things and he seemed so entertaining and he stuck in my head.

And so about two years or three years after that, someone that hired an MC to host our first huge long concert at the headquarters of the cannabis company and they wanted me to approve giving this person like 20,000 options, and I’m super skimpy on understanding — like if you deserve them I’ll give you 200,000; if you don’t, I don’t want to give you any. And so I want to meet this guy — I’ve got to know who this person is.

And my kids were there.

And it turned out it was this guy Todd from the show and my boys were so embarrassed because they said, “Dad, that’s the most excited we’ve ever seen you to meet a celebrity. And it’s a guy who used to be on the radio.”

And over the years as I meet Snoop and Jay Z, I still think I was the most excited to meet Todd and the reason was he was clever and crafty and did a great job at our event.

So that was Todd.

The second was that I think psychedelics writ large have better science and worse governance than cannabis.

What I mean by that is that the broad range of things — from psilocybin through all of them to ibogaine — have therapeutic applications in our brain and our perspective that are much more powerful and diverse than you can achieve with cannabinoids.

The rules are still more prohibitive. And for the most part, most of them have been shown that they don’t have a toxicity that results in mortality or morbidity, but they also have science that says why. But they’re still stuck in this place where it’s, how can you use them?

And so Red Light Holland (CSE:TRIP), (OTCMKTS:TRUFF) was looking at and saying: Some people like these recreationally — why shouldn’t they be prepared, packaged and presented in a very professional way where it’s not illegal?

And that thesis makes a lot of sense to me, because it’s not like we’re inventing any of this stuff — it already exists.”

“Public policy towards cannabinoids has evolved super rapidly over the last six years that it’s almost ubiquitously tolerated or embraced.

So I don’t care if you’re going from California to Germany, Canada to Poland, they have regulatory frameworks for people to have access — if not always at the federal level — to have access to cannabis.

So the broad market is much bigger, and it’s evolved much more rapidly. And it’s really a simple thing. In most people’s mind a cannabis plant is a cannabis plant, despite the fact there are many variants.

Psychedelics public policy still is, at best, stuck. And what I mean by that is that Oregon is the only state in the U.S., and certainly federally, which has adopted an advanced perspective towards what can be done.

There were other opportunities on a purely medical basis in a few places, including Canada, but they’re highly restricted. So I would relate them to how cannabis was governed in about 2012 to where we are with, I’ll call it broadly, psychedelics. And it’s just such a restrictive access.

The bigger difference is in places like Switzerland and a number of other jurisdictions, scientists have been actively working to figure out new and more about psychedelics and how they work.

Well, I would say that the number of scientists working on cannabinoid — very, very few globally up until the last three years — the amount we actually know about cannabinoids I would argue is much, much less than what we know about psychedelics, but we restrict them more despite the knowledge saying they shouldn’t be restricted.

I’m not advocating because I use them — probably I should — but it’s an irrational response to — it’s essentially bias people have adopted because of their grandfather’s perspective.”

The Red Light Holland Advisory Board Chairman (CSE:TRIP), (OTCMKTS:TRUFF) Bruce Linton is rolling out a strategy to become first mover in the magic mushroom business:

“…To be totally clear, Red Light operates in domains where it is not illegal — that is different than somebody going to the effort to fully regulate and say this is 100% exactly how we want to do it. This is the government structure.

That means it’s regulated. We operate in that zone which says that it is permitted, but not actively in every way fully regulated. And that is still a fully legal operation; it just means it’s not a fully defined and regulated. So that’s, in part, why the bottom portion of the mushroom, and it being the portion that gets used in some geographies…

And what Red Light’s been able to do is buy into companies that are actually experts and leverage their knowledge from other fungi growing businesses into this one — and distribution businesses.

So we have a company, which is kind of the number-one distributor in a smart shop and have other gear related to psilocybin — we own them.

So that opens both revenue and doors to people who are selling other products.

You start to see a portfolio coming together and what that portfolio should do is stabilize revenue and expand the basis upon which you can actually get new clients.”

Immunomedics is One of Matt Arens Top Picks in his First Light Asset Management Portfolio
August 22, 2017