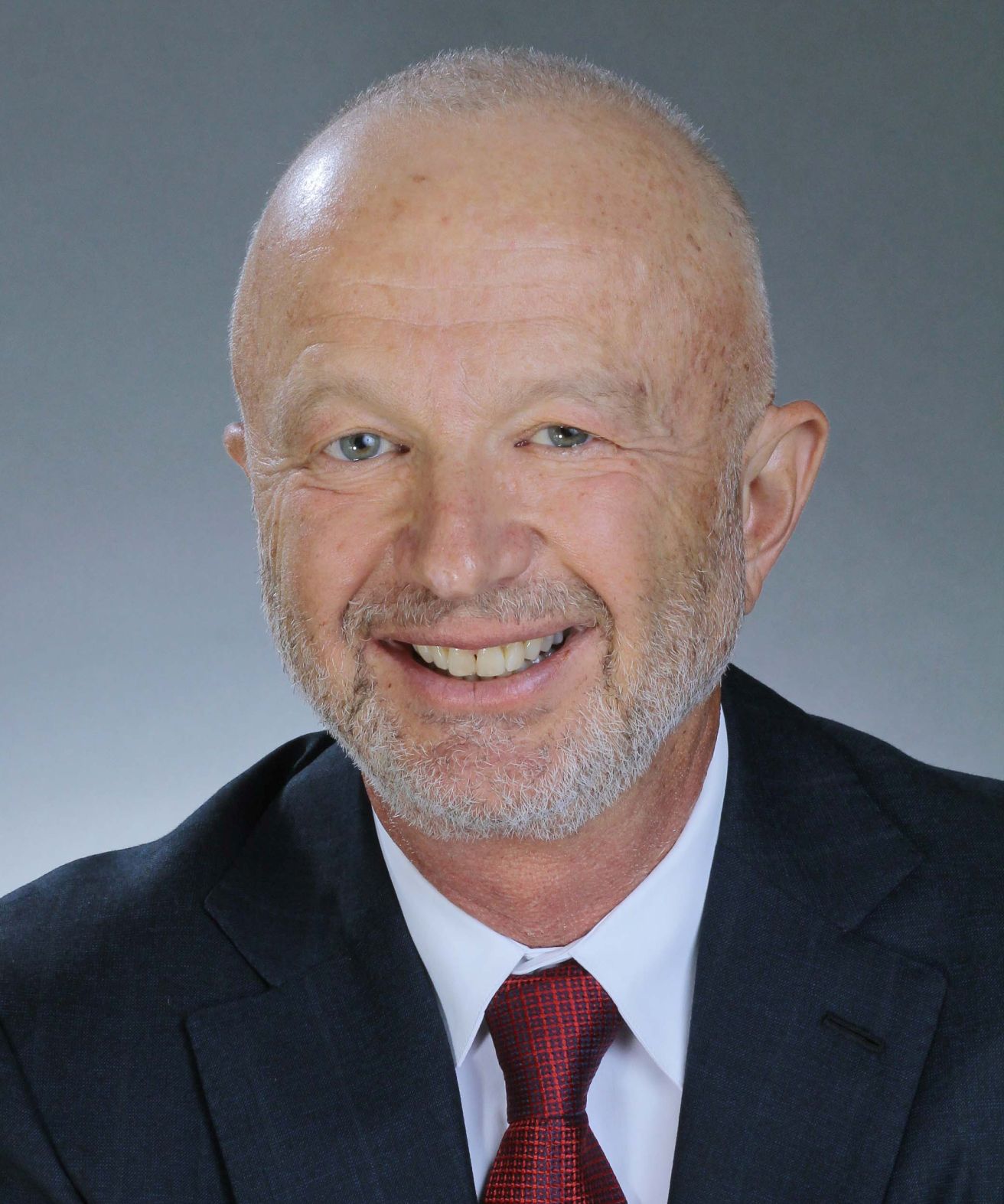 Mr. Michaels worked for Goldman Sachs (GS) in London and Zürich where he was a founding member of the company’s European equities business.

He graduated from UC Berkeley in 1978 with a B.S. degree in Business Administration, and from Columbia Business School with an MBA in 1986.

He is also a CFA charterholder. While at UC Berkeley, he became deeply interested in what today is known as “sustainability.”

This led to his support for the funding and founding of UC Berkeley’s Haas Sustainable Investment Fund in 2007, for which he continues to serve as an advisory board member.

He also sponsors the new Michaels Graduate Certificate in Sustainable Business at the Haas School of Business. Additionally, Mr. Michaels serves as an advisory board member for Columbia University’s new Climate School.

He is a confirmed solar power electricity generation investor, with many years leading to this point.

“Sierra Global Management, as it sounds, is a global investment management company, which today is managing two investment vehicles; we manage approximately $130 million.

One is a hedge fund investing principally in Europe, that’s a long and short equity hedge fund. And the other is a traditional long fund investing in companies that have innovative solutions for the energy transition, and that fund is a global fund.

Sierra’s climate strategy is a more recent investment vehicle, having been launched on April 1st of 2021.

Sierra’s hedge fund strategy goes back a long way. We started it back in 1996, in fact October 1st of 1996, so it’s coming on its 26-year anniversary.

As a little background information, I was born and raised in Europe, a German mother, and I studied at UC Berkeley, where I have an undergraduate business degree. And then I went on to work in commercial banking at Wells Fargo Bank (WFC) for about six years — that was both in San Francisco and New York City.

And then in New York City, from Wells Fargo I went to get an MBA at Columbia, where I studied international finance, and then joined Goldman Sachs in Europe, with responsibility out of their Zurich office for building a European equities business from scratch.

So that’s my background.

I would say that something important that I did not mention is that while at UC Berkeley during my undergraduate studies, I wrote my senior thesis on corporate social responsibility, which has become ESG and sustainability.

At Sierra many years later — I would say, looking back, about three years ago — we began integrating ESG into our investment approach, and then that led to a pure “E” fund, the climate strategy.

So that’s a high-level description of our firm.

I would add, you can call our headquarters in New York City — we have an office in New York City, we always have since the day we launched back in 1996 — but these days, since COVID began, sheltering turned into being dispersed, and we haven’t gone back to the office and office approach.

We work virtually, and we find that to be more efficient than the old approach, because we’re investing in many different countries of the world.

Just Europe alone, we have investments in over 10 countries, and then when you add the investments we make for the climate strategy, we’re dealing with at least 15 countries for most of our investments.

We want to meet with managements.

We want to have industry contacts in these places.

And we’re speaking to 50 or so brokerage firms around the world, mostly in Europe. That is so much more easily accomplished, in a seamless and efficient fashion, virtually.

We will, from time to time, have physical meetings, go to conferences, meet with companies in their offices, but for the most part we work virtually.

I didn’t tell you about the size of our team — that’s important, too.

My role, I spend most of my time on investment management and risk management for the funds, so you can call me the Chief Investment Officer of the funds, but I get deep into the ideas, so I work also almost like an analyst you could say, and so that would be the fourth person who’s operating as an analyst.

We have a president of the firm, Dan Glatt, who manages the business side of the firm, and under him we have a day-to-day business operations manager.

In addition to that we have a CFO, but our CFO is outsourced, not internal.

Historically, we typically had an internal CFO, but we’re very happy working with a very high-level person who is actually working on a part-time basis.

Between the president of the firm and our outsourced CFO and our business manager, that business side of the firm is well taken care of.”

“The opportunity for wind will grow handsomely over the period, and for solar, it’ll grow massively. So, the answer to your question is really one of the biggest opportunities — that is 11% of the energy mix today to almost 40% in 2050 — is solar.

And when you look at solar, there really are a lot of interesting companies to invest in, and if there’s one category where we have more exposure than any other, it would be companies that are beneficiaries of the growth in producing solar energy.

It can be companies that make inverters, solar systems, solar modules, the backend infrastructure for solar, solar trackers, solar farm operators — many ways to invest in solar.

That’s not to say we don’t have other interesting investments that are very different.

We believe nuclear has a role to play, so we have a small investment in nuclear.

I would imagine that our exposure there can increase over time.

We have some investment in wind.

That investment can increase over time.

It’s been bigger in the past, but the wind turbine manufacturers have had supply chain challenges, which has led us to want to limit our investments there.

We also like investing in battery technology facilitating electric vehicles or storage of energy for solar or wind producers.

If you break it down, about 63% of our exposure is in renewables, 20% in energy conservation, and 2% in the circular economy.”

The solar power electricity cheerleader has a negative view of the “green” hydrogen power industry:

“For the European hedge fund, short positions are very important.

An example of a short position would be taking our ESG and the “E” knowledge that we have from our climate strategy and cross fertilizing it in the European strategy as a short.

We have been short, and continue to be short, and believe strongly in this case that there’s been too much hype about hydrogen as a fuel, and specifically hydrogen made with renewable energy, so it would be called green hydrogen.

There’s definitely a place for green hydrogen, but the problem with such hydrogen is that it is way too expensive today.

It’s more of research and development in the area that will lead to producing hydrogen much more cheaply, and when hydrogen can be produced much more cheaply in, let’s say, two to five years from now, then this industry will work better, sales will come through, and the companies will be meeting revenue expectations and meeting earnings expectations.

So that is one of the key reasons we’re short the most valuable — so that means a lot to short there — hydrogen equipment manufacturer specifically making what’s called an electrolyzer.

And the second reason to be negative in this area is that electrolyzers have been around for a long time, many decades, perhaps 100 years.

I would give credit to the company that we’re short that their technology is definitely differentiated and better than what existed 100 years ago, but the industry doesn’t have big barriers to entry and is one that can be commoditized — is already commoditized, for that matter — and therefore, there will never be an opportunity to make high margins and make as much money as the analysts and many investors expect.

So we expect that this commoditized industry will make lower margins, and that currently it’s challenged because the cost of making the hydrogen is too high.

So that would be an example that’s in the short book of our European strategy.”

Charles F. Michaels has a lot of insight into the solar power electricity generation future of the global economy and more information for the expected failures of alternative energy electricity.  Read the entire 4,787 word interview to get the complete picture, exclusively in the Wall Street Transcript.