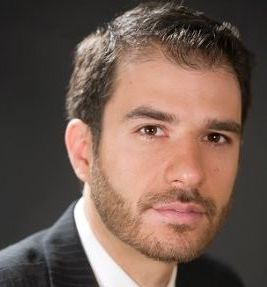 His education and experience in the field of journalism — he is a graduate of Northwestern University’s Medill School of Journalism — have given him the perspective and investigative skills needed to dig through mountains of available information to find the most relevant content while asking the tough questions.

In his 4,117 word interview, exclusively in the Wall Street Transcript, Mr. Chervitz describes his micro cap investing philosophy and key picks for the balance of 2021:

“The way I look at the fund is kind of like a public venture capital fund.

What does that mean, exactly? Well, again, we like to go small. To me, this is an area of the market that is underserved in terms of institutional investors. If you look at Morningstar, which obviously tracks all mutual funds, and you look at the small-cap growth category, which is the category they put us in, we are the smallest by far.

Our average, our median market cap, in terms of investment, is somewhere between $300 million and $400 million.

There is no one else in the category that’s under $600 million and only a few under $1 billion. Like I said, that’s where we like to look, in terms of where we start investing — it is under that $1 billion mark.

Again, going small, it is an important part of the process. I also like to start early. Now that becomes somewhat challenging, because for the most part nowadays, when companies come public through the traditional means, or perhaps through a SPAC, they tend to be larger than $1 billion.

You don’t find many small companies and certainly not many micro caps coming public, but you still will occasionally find companies that list directly, and do reverse mergers. They’ll find a way to get to the market in an earlier stage at times. And absolutely, I’d like to find perhaps fallen angels within the IPO or SPAC market that could become an attractive investment sometime in the future.

Starting early can also mean starting over. To me, a lot of times companies will have points in their history where they stumble. Maybe they have an interesting technology, but it’s kind of the wrong time.

Again, we look at companies that we believe most of institutional Wall Street isn’t paying much attention to. Sometimes in these turnaround situations, you can have new management and new technologies, and, all of a sudden, the story has changed somewhat dramatically, and there’s an upside, once again, in the stock moving forward.

That can be an interesting time for us to take advantage of that. So it can mean early in terms of its corporate history, but it can also mean early as in starting over.

I want to get large returns for the risks we’re taking.”

The micro cap strategy has rewarded some obscure picks:

“One of the names that we invested in late last year, which has been phenomenal and remains a large position of the fund, is a company called Voyager Digital (OTCMKTS:VYGVF).

This is a cryptocurrency broker that has obviously ridden the wave of excitement and interest and rising prices within the cryptocurrency space. They have seen incredibly dramatic rises in users and trading volumes and revenues from under $1 million a quarter last year to, in February, they announced over $20 million in revenue.

The company when we bought it was trading at less than $1. It’s now in the upper $20s. It’s been a phenomenal homerun for us.

We still think when you look at the potential, obviously, there are risks, and the higher the valuation goes the more those risks give one some concern, but when you look at some of the competitors in the space, you’re seeing valuations that are even higher than what Voyager has achieved so far.

We still think there’s a fair amount of upside in that name.”

SPACs are providing additional portfolio stocks that could replicate this upside:

“…A company called Inspired Entertainment (NASDAQ:INSE), a company that was actually a SPAC before SPACs were hot.

This is what I’m talking about a little bit in terms of investing in companies that are in some ways not necessarily new but starting over. This is a little bit of both. It’s a relatively new company. It was started by really a legend in the slot and gaming world from Scientific Games (NASDAQ:SGMS).

He brought over a whole team of people from that company to create this company called Inspired Entertainment, which does something similar in terms of creating terminals for the gaming industry. They have really significant market share in London, Greece, and Italy.

They also have created a division within their company called Virtual Sports that is software that allows gamblers to bet on simulated sporting events. They’ve done an excellent job at selling the software to a wide variety of players in the industry, including some of the biggest online sports books in the world.

Entities like the Pennsylvania Lotto also use them within their own programs.

They’ve come through or they’re in the midst of coming through a pretty horrific time because of COVID. Most of their operations are in locations that were affected quite dramatically by the pandemic.

A lot of their locations where their gaming machines were located were completely shut down. For a while, it was a little bit touch and go in terms of how they were going to be able to manage through, but thanks to some healthy payments from the U.K. government as well as this Virtual Sports business that really has grown gangbusters, they were able to push through this.

Now coming out on the other side of it, I really like the upside and potential for this name going forward. They are strongly cashflow positive and trading at a very reasonable value on that cash flow.”

To get all the top picks from this SPAC and micro cap stock investing professional, read the entire 4,117 word interview, exclusively in the Wall Street Transcript.

Global Sustainable Investing (GSI) is the Strategy for this Portland Based Asset Manager
November 15, 2018