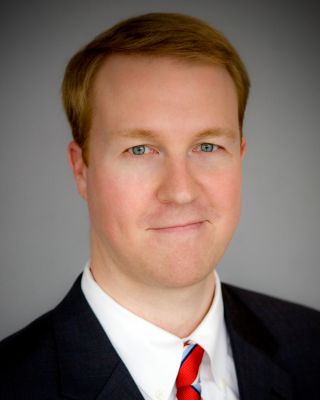 Brady Gailey, CFA, joined Keefe, Bruyette & Woods, Inc. in 2007, working in the firm’s Atlanta office, and is currently a Managing Director responsible for equity research coverage of roughly 35 regional banks in the Southeastern and Southwestern United States, with a focus specifically on Georgia, Florida, North Carolina, Texas, Oklahoma and Arkansas.

Prior to joining Keefe, Bruyette & Woods, Inc., he spent four years at Silverton Bank/Silverton Capital Corp., where he was an investment banker advising Southeastern community banks on M&A and trust preferred offerings. He received a degree in corporate finance from the University of Mississippi School of Business Administration.

He also earned his designation as a Chartered Financial Analyst from the CFA Institute in 2007. He has been a guest on CNBC’s “Closing Bell” and has been quoted in newspapers worldwide and in such publications as The Wall Street Journal, Financial Times, Barron’s, American Banker, Atlanta Journal Constitution, Forbes and other various business journals.

In this 2,329 word interview, Mr. Gailey details his top picks and reasoning for them:

“One of our top picks is Synovus Bank (NYSE:SNV) out of Georgia. It announced and closed an acquisition of FCB down in Florida recently, and that has been a stock that is trading inexpensively on both tangible book and earnings. The legacy of Synovus is a great franchise with a good core deposit base, and it has done a great job of increasing profitability through operating leverage. We really like Synovus here.

We like Independent Bank (NASDAQ:IBTX) in Texas. That is another very conservative management team with high insider ownership, and it is trading very inexpensively on earnings. So we like that one.

CenterState (NASDAQ:CSFL) in Florida is another top idea with a great funding base and good organic growth around 10%. They are one of the best acquirers in the Southeast, having done multiple deals that were priced and executed on well. Those three are probably our top picks.”

Get this rest of the exclusive 2,329 word interview with the Keefe, Bruyette & Woods analyst in the Wall Street Transcript.

Can You Insure Against Inflation? Meyer Shields of Keefe, Bruyette & Woods Identifies the Problem and the Solution
May 24, 2018

Grayscale Investments is the World’s Largest Digital Currency Asset Manager: Interview with CEO Michael SonnensheinNaeem Aslam of AvaTrade Predicts $100,000 Bitcoin by December 31, 2021 due to Institutional DemandBitcoin is the New Gold Says the Man Who Predicted this Current Price in 2019

Interview with the CEO and Chairman of the Board: Telos Corp. (NASDAQ:TLS)

Interview with the CEO: Panmoni