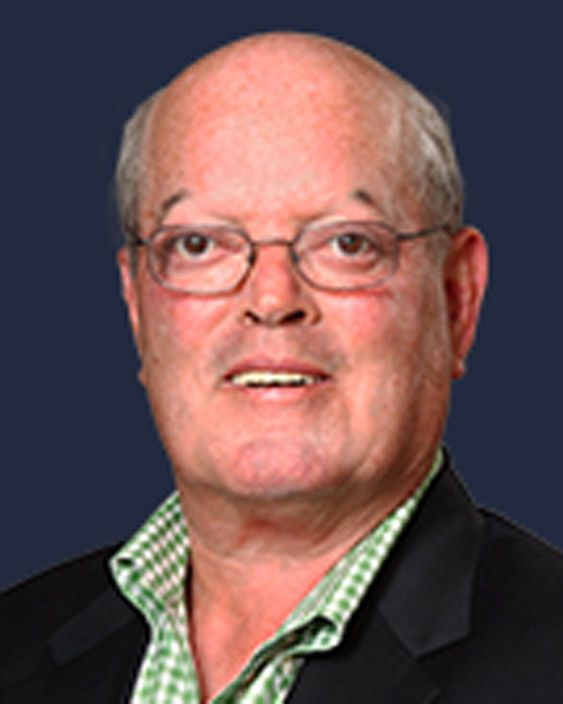 Jonathan S. Raclin, a Principal of Barrington Asset Management, Inc., has been Managing Director of the Enterprise Portfolio. Mr. Raclin graduated with a B.A. from St. Lawrence University and an M.A. from Northwestern University.

Following service as a Commissioned Officer, United States Marine Corps, Mr. Raclin was associated with White, Weld & Co. as a Partner of William Blair & Company, L.L.C., and as Executive Vice President for Capital Markets with The Chicago Corporation.

He is a former Regional Chairman of The National Association of Securities Dealers, a former President of the Bond Club of Chicago and of the Attic Club. He previously served as a director of the St. Simon’s Land Trust, and has been President of the Coastal Georgia Historical Society and Co-Chairman of Emmi Solutions, LLC, a privately held health care information company.

He is recently retired as a director of The Public Broadcasting Service in Washington, D.C.

In this 2,793 word interview, exclusively in the Wall Street Transcript, Mr. Raclin brings his many years of market experience to bear on maintaining his clients fortunes:

Coming into the beginning of 2020, things worked very well until we ran up against the virus.

Up until then, I was running at approximately 10% cash, 10% gold and silver, and 80% was evenly divided between the large-cap Liberty Equity Fund and the smaller-cap Liberty Growth Fund.

So while McDonald’s may be able to survive, the local restaurant might not.

As a result of that becoming pretty apparent early on, I went to a much larger component of cash, and the gold and silver fund. Today I’m approximately 43% between the cash and in gold and silver, and the balance between the two equity income funds. And the portfolio is up 17% year-to-date.

I think that there are three major risks in the stock market today. The first one is obviously the consequences of the pandemic. I don’t think anybody has a good idea how big this problem is going to be, how long it’s going to last. We’re all hopeful about the vaccine.

But that’s going to require an extraordinary amount of manufacturing capability, and challenges related to just distributing it. From what I understand, it requires being shipped at below-freezing temperatures.

And thirdly, just administering what appears to be not only one, but two doses, when you can hardly even get people to take a regular flu shot. So I think it’s going to be a lot more difficult than perhaps what has been seen today.”

The investment manager does single out Cognex as an individual stock that he is tracking:

“If I had to pick an individual stock — though I would not buy it today because I think it is extraordinarily overpriced — there is a company that is traded on the NASDAQ called Cognex (NASDAQ:CGNX).

They are in the industrial technology space; they manufacture machine vision equipment. So think about high-speed manufacturing for electronics or automotive parts or anything that is coming down the production line at high-rated speed.

Quality is exceptionally important because the components tend to be individually not worth very much money, but if the components are not properly manufactured, the damage could be huge. And it’s almost impossible for any individual to inspect each one going by at very high rates of speed. Machine vision basically is taking a picture of everything that is going by on the line and measuring it against what it’s supposed to look like.

And Cognex is an extremely profitable company. With 85% margins, a tremendous amount of cash, no debt, and extremely well managed.

But it also has a certain degree of industrial cyclicality to it. Cognex is currently trading at about 72. If, for some reason, the market declined rapidly, and Cognex dropped to, maybe, $50 a share, at that point, I would become extremely interested.

And would go to each of my clients and say, I don’t buy individual stocks, but this is something that I think you should look at. And on the very, very few occasions, I’ve done that over the past 20 years, all of my clients have basically said go ahead. But I wouldn’t buy it today, because I think it’s just a way too expensive, that’s all.

And I’m very valuation conscious. A good friend and former institutional client of mine said, “a significant portion of what you get is based upon what you paid to start out with.” So being extremely focused on what I’m paying has kept me out of trouble.”

To get more detail, read the entire 2,793 word interview with Jonathan Raclin, exclusively in the Wall Street Transcript.

Jonathan Raclin of Barrington Asset Management Gives his Advice on Where to Invest Now
May 08, 2018