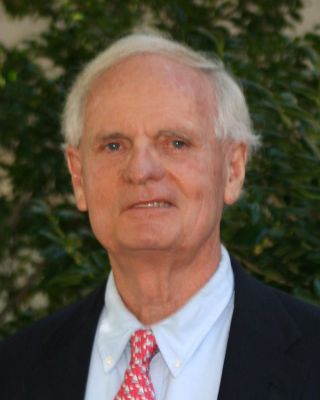 Bobby Edgerton is a Co-Founder of the Capital Investment Companies and has served as an executive officer of the companies since 1984.

He is also the firm’s Chief Investment Officer and has been in the financial services industry since 1979.

After graduation, he attained a rank of First Lieutenant in the U.S. Army Signal Corps, where he commanded a thousand-man training company at Fort Gordon, Georgia, during the Vietnam War.

“If you want to be a really good investor, you need a good philosophy and you need to realize that every company, big or small, has two values.

Number one is precisely to the penny what the stock market values the company at. Walmart (NYSE:WMT) is being valued right now at about $380 billion.

The land and buildings at cost are on the books at $120 billion.

Now, they’ve been buying land and buildings for about 45, 50 years.

So you can imagine what that real estate’s worth now, if you mark it up to some realistic value.

I’d say their real estate is worth at least two thirds of what Wall Street is valuing the whole company at.

What if they securitized that real estate one of these days, formed a REIT, put the real estate in the REIT?

Then Walmart would probably have more cash than Apple. And Walmart is down right now.

And that is insane to sell Walmart now when they’ll cash flow about $40 billion this year.

So depending on whether you use EBITDA or cash flow, or free cash flow, that’s between $30 billion and $40 billion. The stock is clearly undervalued.

So great investors, number one, they buy stocks that have been sold off that are worth more than they’re selling for in the stock market.

And if you do that, you need to know your competence.

You need to have an encyclopedic knowledge of the world’s best companies.

Most people don’t know who Lamb Weston (NYSE:LW) is.

Lamb Weston is a potato company — they sell McDonald’s (NYSE:MCD) about 400 million pounds of french fries a year.

Dentsply Sirona (NASDAQ:XRAY) is the king of dentistry. They service about 600,000 dental physicians worldwide.

How can you be a great investor if you don’t know who these companies are? And the best way to learn that is to read Value Line, a great publication.

If you take the time to go through those 2,000 companies and you know more about more different companies than anybody, you’ve got a great chance of making money.

I have a five-point program.

Number one, when you buy companies, you make sure they’re down and out of favor, but they have a lot of cash and not much debt.

Number three, you’re a good saver over time, and you spend your life buying as many good companies as you can.

Number four is taxes. If you make your gains long term gains, instead of being a trader, you’re going to pay a lot less tax.

And the fifth point is that the two ways you make money in the stock market are, number one, you buy good companies and you never sell them — you just let them grow over the years.

The second way you make money is when you own a stock and it goes from out of favor to in favor — if you sell the good stock that’s up, you can buy two or three good companies that are down.

Every good company has some downtimes, just like sports.

But if you buy Coca Cola when nobody wants it in a down market, or a stock like Disney, which is down right now — buying and selling stock is a lot different than investing in the company for the long haul.”

“And maybe my number-two buy is The New York Times (NYSE:NYT).

The New York Times fell on kind of hard times back in 2012.

They had a CEO who borrowed a lot of money, bought The Boston Globe, and bought part of the Boston Red Sox.

They also sold part of The New York Times building.

Then they hired Mark Thompson. He had never run a company before, he was the head of the BBC.

He solidified the company, paid off every penny of debt, got the cash up, and no debt.

Once he got the job done, he then retired.

And in walks Meredith Kopit Levien who began reading The New York Times when she was in high school in Richmond.

She went to UVA and became a star at The Cavalier Daily.

She also shined at a famous consultancy run by David Bradley up in D.C. And she was also a star at Forbes, getting Forbes out of so much print and into more online digital subscriptions.

So The New York Times brought her in.

And now she’s the CEO there.

And personally, I would vote for her for president if she could run.

So The New York Times is now valued at about $7 billion but it’s worth a lot more than that.

They still own 53% of The New York Times building. And the stock is just numerically down.

They now have 10 million subscribers, the majority of which are digital.

And she’s doing a lot of interesting things — specialty apps on the web, like cooking and sports, and more.”

Get the complete interview, only at the Wall Street Transcript.